How the LGBT community is making me (Liberal) not care about their struggle anymore.

page: 1
26
<<   2 >>
log in
join
share:
Golantrevize
+6 more
posted on Apr, 5 2017 @ 09:14 AM
link
I always advocated for freedom of sexual orientation. It was hard for a lot of homosexuals and a long fight to gain general acceptance. But this is no longer about the right to be gay, the LGBT movement is slowly turning into some sort of protest movement, denaturing its very inception.

Recent events to explain my dissent


A storm of dancing people marched with signs, speakers and festive clothing while chanting obscenities directed towards the first daughter's father to protest his administration's rollback on Obama's climate change policies, on Saturday night. Read more: www.dailymail.co.uk... Follow us: @MailOnline on Twitter | DailyMail on Facebook 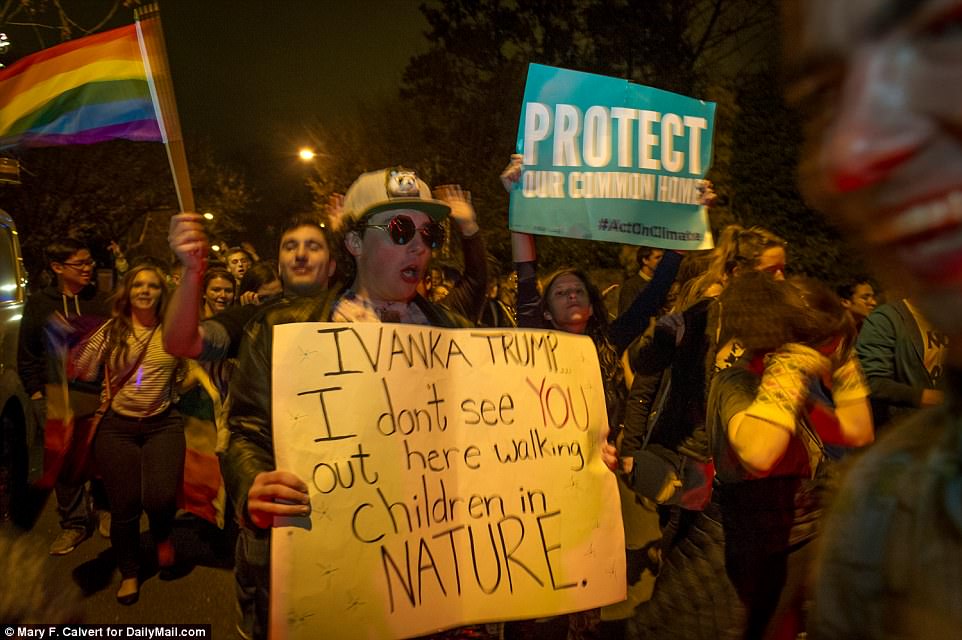 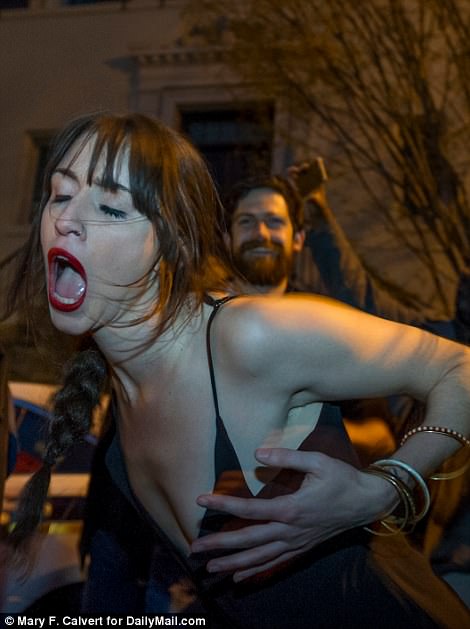 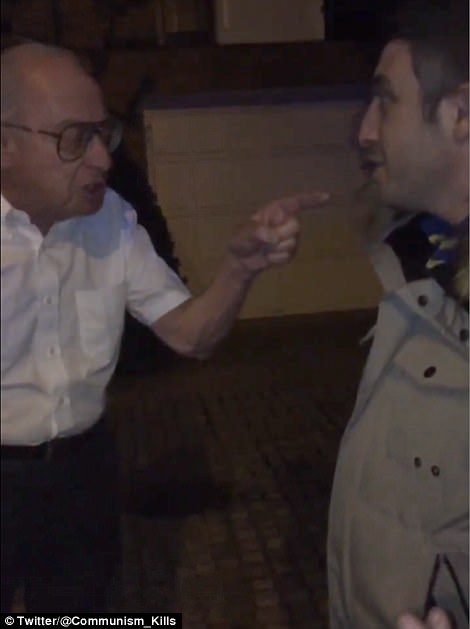 I do not understand how flashing the rainbow and intruding on someone's property is helping fight Climate change. I also do not understand the need to show one's sexual orientation to fight for climate change. The use of profanity and obscenities, lack of respect to the neighborhood and pushing an 80+ year old man to say things like 'Do you want to get your f**king face hit? ' then put the video online to mock him is despicable.


Next is this lovely queer couple in an article of the CBC. 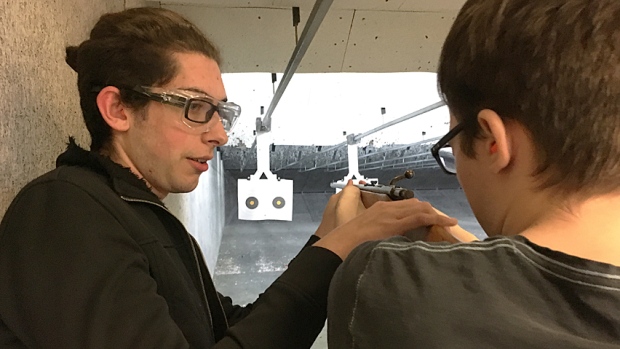 Evan Fowler, left, coaches his fiance, Kevin Fenton, on the proper shooting form for a .22-calibre rifle at the Frisco Gun Club in Texas. Fowler and Fenton are members of the Dallas chapter of the Pink Pistols, a national LGBT-focused gun-rights organization. (Matt Kwong/CBC)

You want to own guns? That is your right. Again the need to affiliate with being in a LGBT gun rights organization is what I do not get. How is it pertinent to link being gay with having a gun? Well it is answered partly by the title of the Article : Trump 'gave hate groups a megaphone': Gun sales surge among LGBT, minorities in the U.S.


It's the political climate," said Jeigh Johnson, who is black and married to another woman. "One of my friends said, 'Our president… gave hate groups a megaphone.'" Johnson is shopping around for her first AR-15. Before she became a gun hobbyist, her main vice was shoes.

Was gonna keep going with other stories of the LGBT protesting for things that have #all to do with the LGBT struggle but just got called in for work..

Important to note, When the LGBT will want to protest peacefully against persecution of any homosexuals Ill gladly join in to show support for you homosexuals. But the politicization and radicalization of the LGBT movement should be put on check.

ANd remember that while you gained freedom to be and love who you want to be in the USA, gay men are being rounded up, tortured and killed in Chechnya and many other countries still. An introspection of the movement is in order. A quick reminder of why you guys united in the first place, to fight for freedom of sexual orientation, not for your partisan ideologies.

Truth be told,from all this crap on social media,TV the gay community say all they want to be is equal,and that's an evident lie,they want special laws etc,I will tolerate them,but will not give them any extra light

Throughout history when a group of people have been oppressed
for a long time.When they finally get what they want they usually
go from one extreme to the other.


Im right there with you.
Extremists are doing their cause, whatever cause, more harm than good.
They become poster children for their opposition.

That chick in the second picture just wants to make me... "erm... never mind..."

posted on Apr, 5 2017 @ 09:52 AM
link
At this point i'm not even surprised or worried.
this is the time of the "Me" movements.
all these people only care about changing things if it can be done with the least amount of effort and the biggest virtue signalling personal exposure.

-Look at ME how much I care and it's ME here fighting the good fight to change the world!

-ummm, you are protesting against someone that doesn't have any power or influence, she's just the dude's wife, why don't you get involved in the system and "be the change you want to see in the world? Also, you are scaring her children"

yep they don`t know when they have "won" and when it`s time to stop, it`s that whole mission creep thing.

The protesters were just that: protesters. Their affiliation isn't what made them protest; it's what allowed them to organize. There's no doctrine they are following that says it's super cool and ultra queer to protest Ivanka. This is how demographics work.

As far as the gun thing. Many 2nd amendment activists have gotten behind the Pink Pistols thing. I think all of them should be behind it. One of the most polarizing issues that artificially separates liberals and conservatives is gun rights. Why wouldn't conservatives be excited to have a whole bunch of liberals (who vote) suddenly understanding the value of the 2nd amendment?

Gay people are grown ups. They're no different from everybody else and, much as it saddens me that some feel alienated enough from society that they need to have a gay branch of a particular cause or movement, they have a right to protest as they please.

That is, within the law.

If they target the wrong person or behave badly then they should be held to account. Not because they're gay and showed gay people in a bad light but because they showed poor judgement and were a pain the ass.

posted on Apr, 5 2017 @ 01:26 PM
link
Just....tired of it.
It seems that once more acceptance was gained, the segment of the community turned on every cis-gender.

My folks-very conservative Catholics-never discussed sexual orientation and the like in a negative way. Basically, they answered questions and that was that. My childhood was sprinkled with plenty of Milton Berle in a dress, Liberace, etc. I was a huge Elton John fan. So, being an ally was not anything I thought about. I was. As I was an ally of black people, etc.

Now some of my LGBTQIA friends say "you don't get it". And they dislike me for it. Okay, maybe I don't get it, but I am sympathetic.

That chick in the second picture just wants to make me... "erm... never mind..."

posted on Apr, 5 2017 @ 01:41 PM
link
Your "Pink Pistols" argument has no Grounds, a Gun Group who is LGBT+ inclusive, where LGBT+ people can feel safe and affiliate with like-minded people is not "Special Rights" or any kind of lunacy "Gay agenda"

Look, I'll be the first one to say that the LGBT+ Liberation movement has been hijacked and Liberalised, The HRC are nothing but Corporatist-Lobbyist who push Cishet-normalized assimilation, many of the 'Liberationist' are Statist pandering sell-outs.


But the notion that we want special rights, and "More rights than Cishet people" is not only absurd, it's a bigoted rooted echo statement

posted on Apr, 5 2017 @ 03:30 PM
link
The conspiracy theorist in me is thinking that they are taking the craziest of the crazies, making them behave like sub-morons in public, with an aggressive agenda that will make straight people recoil in disgust. More division. More hatred on both sides.

The whole movement was nicely integrating, and then WHAM, here come the nutcases. You can't embrace that unless you embrace sick, bizarre behavior in public. The women's march was the sickest thing yet, and as a woman, I could not support it. I had people unfriend me on FB for saying that they just set women back a long way by wearing those stupid pink puddy-tat hats, parading around in foam vajayjays like imbeciles, and when asked what they were protesting, all that came out was a string of cursing like they all had Tourette's.

They said they feel "oppressed". The only part I can possibly agree with is that the Equal Rights Amendment for women has NEVER been passed, and this is unacceptable. However, I haven't felt oppressed since the early 90s. Social mores and behaviors have changed, thank God.

I'm still waiting for people who are protesting who can give a cogent argument regarding their position and WHAT THEY HOPE TO GAIN by protesting. This is just anarchy. Why don't they admit it and stop pretending they have a legitimate cause while they are acting like hoes on ecstasy to force their sexuality down our throats. Guess what? I don't care what you do in your bedroom, kitchen, living room, bathroom, or basement, and with whom. I judge people according to their personality and their kindness. I wouldn't want to know any of those people who are using excuses like climate change while being as obnoxious as possible.

Re: The Pink Pistols. I like it. Not too crazy about the whole "you have to be queer to join us" part, but whatever. It supports the Second Amendment and I do like that.

Bottom line: The sexuality of an individual doesn't affect me one way or the other, but these clown actors / agitators are only making things worse.

Please, it's not anarchy