Could be his reincarnation? Or as he was progressing his work something happened and both their energies intertwined? Because he does indeed look like 'em

The father intends to publish the books. Yeahi! 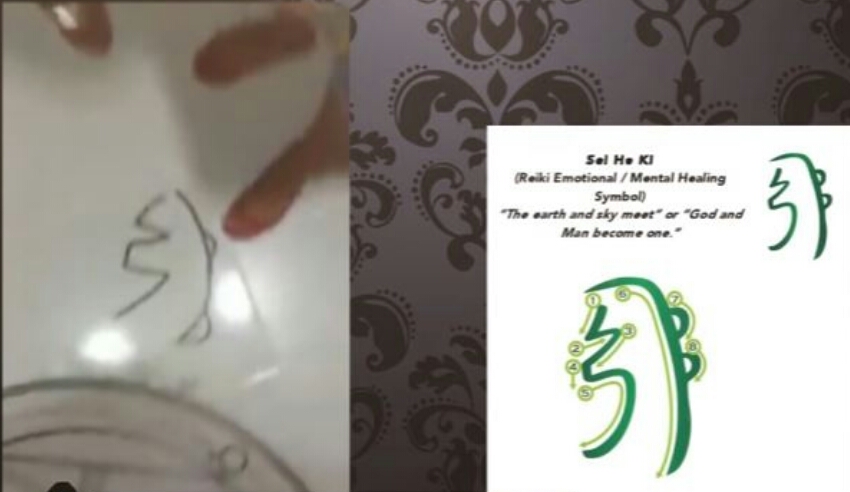 
"Wants to help humanity, obscures the message with a cypher so no one understands. Brilliant."

"When the student is ready, the teacher will appear."

posted on Apr, 4 2017 @ 12:56 PM
link
Cool story. I don't believe the whole disappeared on the 27th thing though. The whole room is too catalogued and set up, with what appears to even be security. Very art gallery like and probably on display somewhere. If he did disappear when it is said, then that is some really quick setup work to have random tourists walking through to look at the stuff.

Anywho...will keep an eye on this story as it is interesting.

I'm betting it would be cracked in 2mins if it were digital, putting it all in a not so easily copy paste and Google way, would make it seem daunting.

He definitely planned this and knew he would go. That doesn't make it any less impressive.

posted on Apr, 4 2017 @ 12:58 PM
link
Part of me is fantasizing that he figured "it" out, and he put himself somewhere nicer than where he was in the universe.

Wow I'd love to take a look at that stuff.

Scrolling further down - someone links to a 4chan page which is perhaps more interesting, apparently the thread on 4chan is now locked yet it's only a few days old (dated the 29th of March).

you may know this but you can't follow links into 4chan, you have to copy and paste the links into your browser, hope this helps....

That video is amazing!!!! The dedication it took to amass that much writing just blows my mind. Every inch of that room is lined with hand written notebook paper, even the ceiling! Oh, what I would give to get my hands on that stuff. Not that I would have a clue of what to do with it.

I would like to see his work translated to see exactly what it was he was working on. Again thank you! What an amazing story! 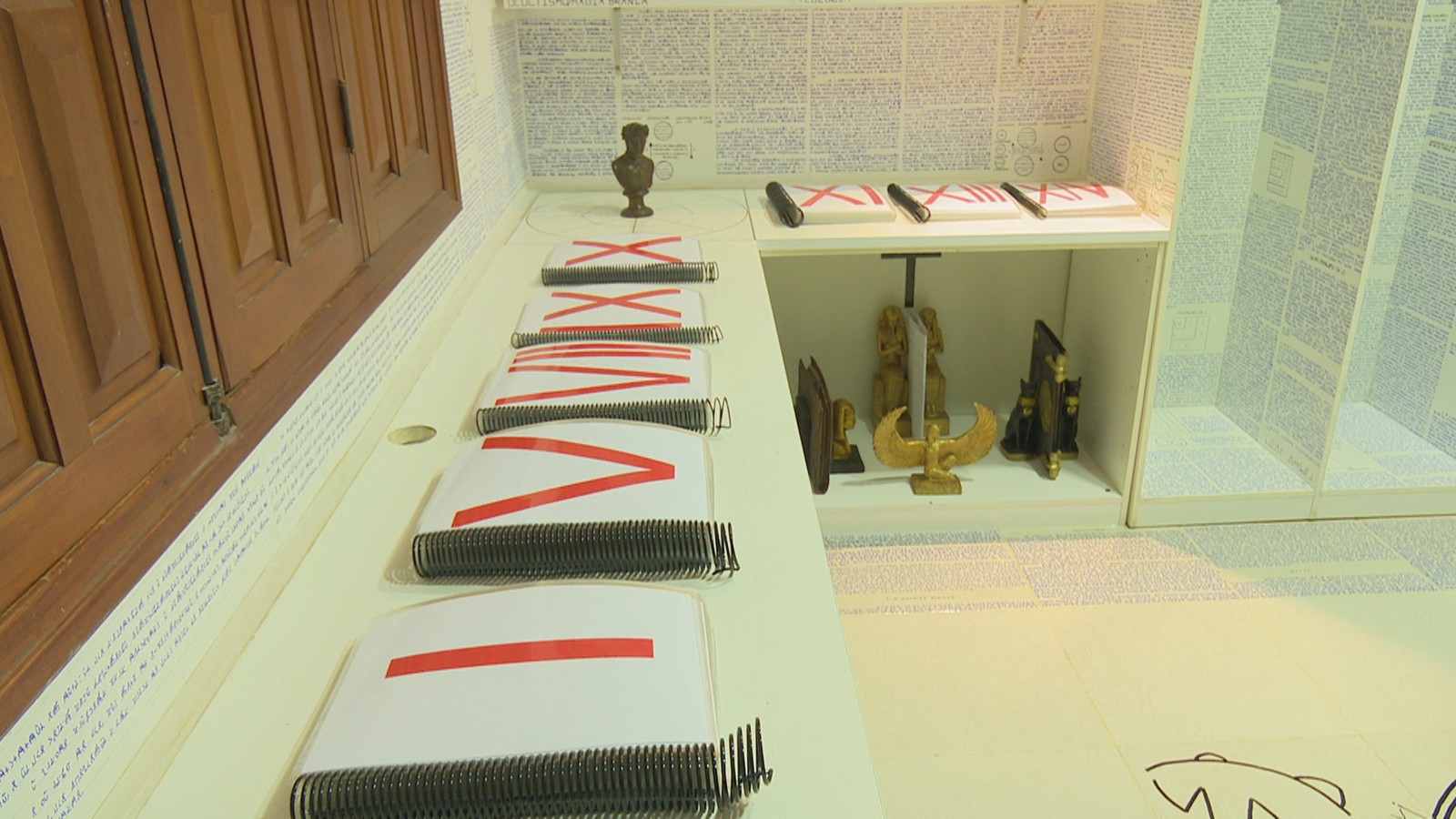 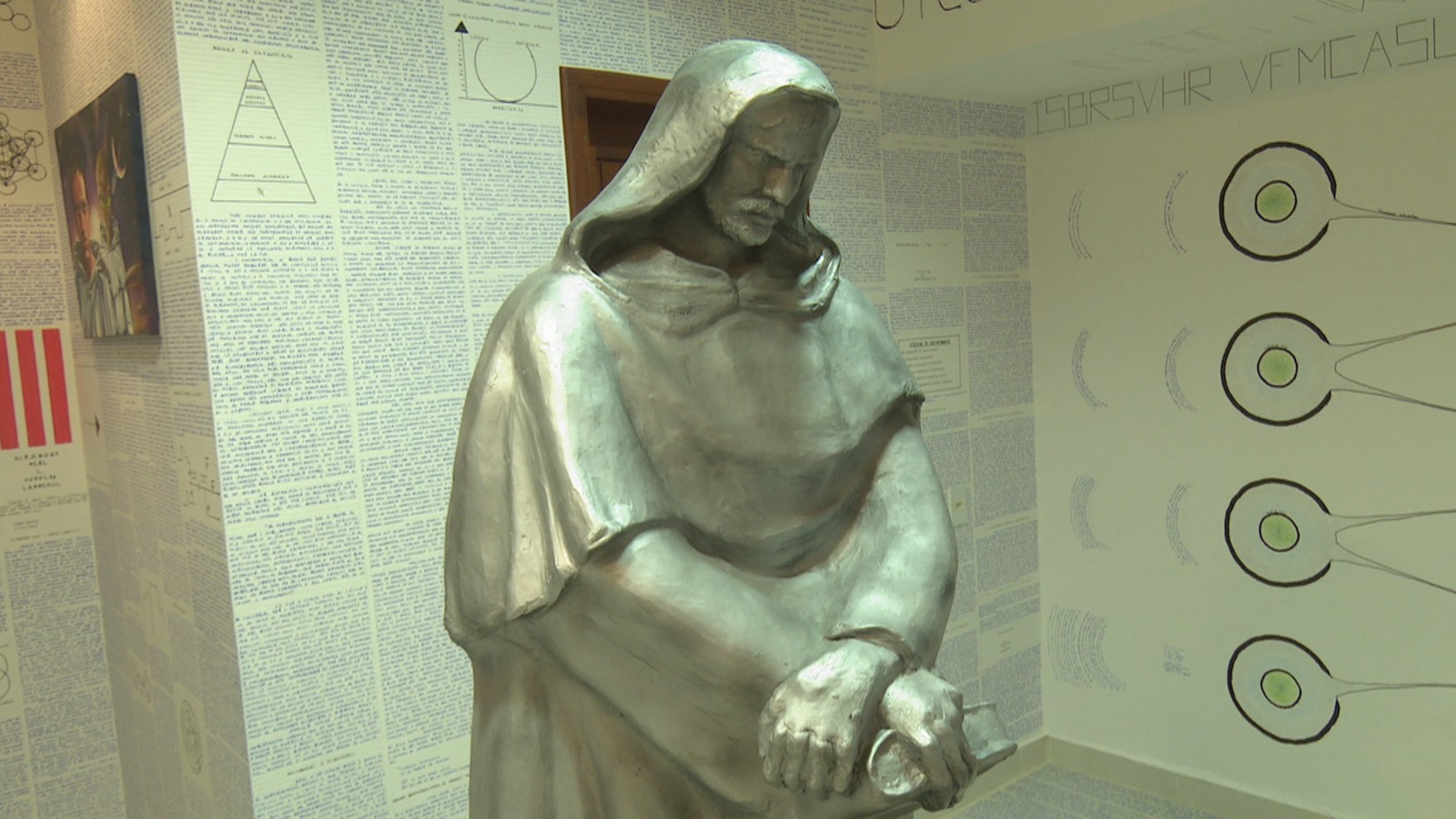 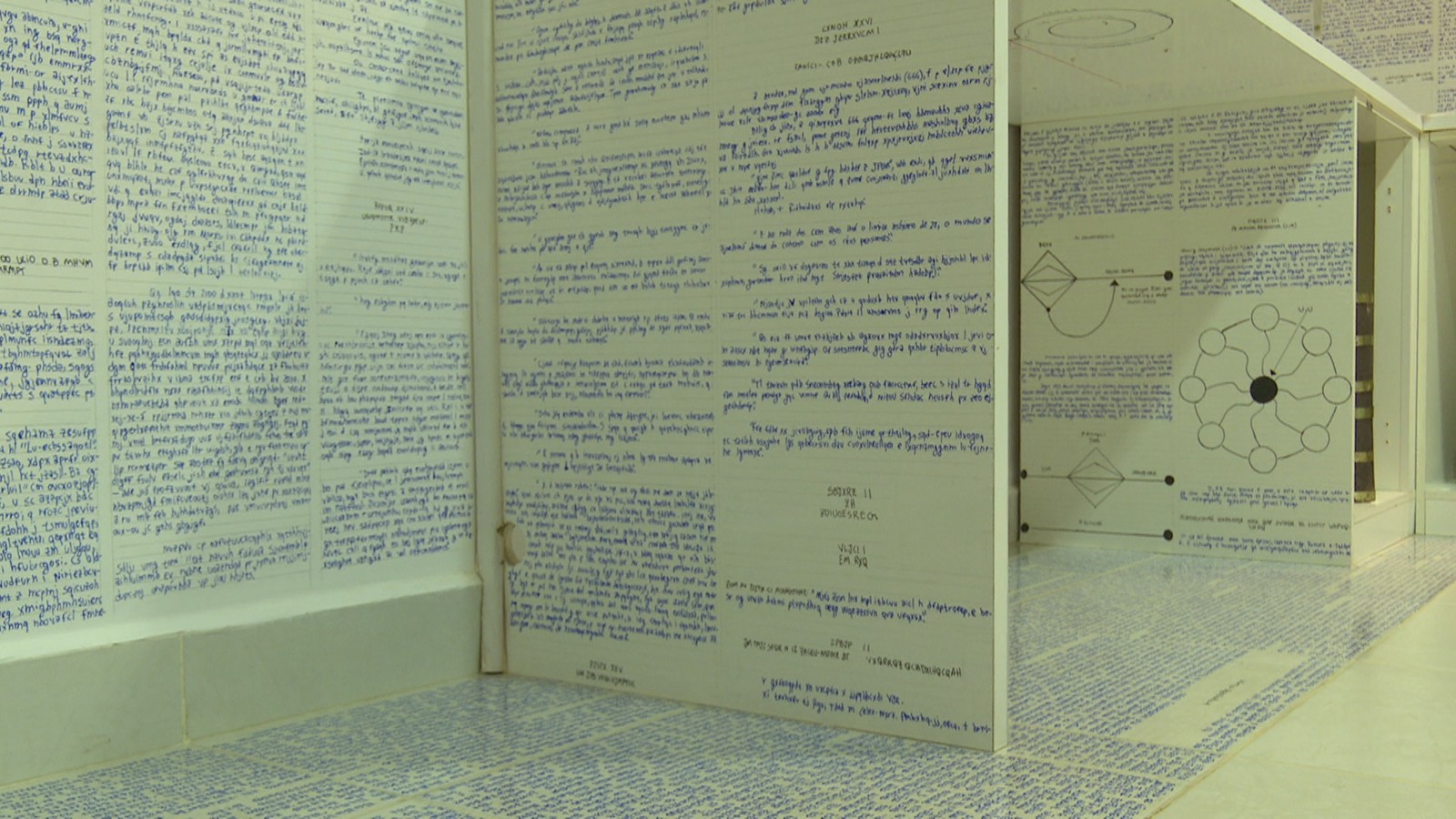 Borges is a very common surname in Brasil and Bruno a common given name. So possibly not the same individual.

Ive seen the people of Reddit pull off some pretty amazing things.
If anyone is going to dicipher that text, it will be the group.

One reckons he spent 3 months living with Bruno and said that he was stupid and was taking helicopter flying lessons which he later dropped out of.

Another fellow posted this:


Ok, first of all sorry for my poor english. Im from the same city from Bruno, my house is about 500 meters from his house. Some facts: -His father is very rich, he owns a very famous nightclub named Maison Borges here in Rio Branco/Acre. -The video was made without permission by a friend. -Inside the room they found 14 books wrote by bruno, this books were analized and they realized they are a continuation from Giordano Bruno ideas. Everything is extremely well written

Whether these guys really do know Bruno is anyones guess but still pretty interesting. The first person who said Bruno was a bit stupid claimed that bruno was obsessed by crazy geniuses, was Giordano Bruno a crazy genius? He was certainly ahead of his time and seemed to be quite an interesting figure. Another claim made is that Bruno's mother was on facebook giving it the big 'un about how her boy is above average intelligence so it's all a bit of a mess, really.

There are also a few folk claiming that Bruno was seen leaving the house and that's the last anyone saw of him.

So far the funniest bits were when someone claiming to be a medium told everyone not to watch the video as it apparently affected their hearing and is sinister in some way. Like the ring, maybe...I'll expire within one week knowing my luck.

Another insteresting comment was made - some people reckon Bruno turned into the statue. He was supposedly obsessed with Giordano Bruno - Giordano was obsessed by pretty much everything, from alchemy and philosophy to astronomy and transubstantiation.

It's quite a mystery...although I'm leaning more toward an elaborate hoax being played out by a fame-hungry kid.

Nice screen captures. The volumes are numbered 1, 5, 7, 9, 10, 11, 13, and 14. Do these numbers hold any significance to anyone? Where are the other volumes? For something that appears to be so meticulously planned, this would seem to be intentional.
edit on 4-4-2017 by TobyFlenderson because: grammar

Scrolling further down - someone links to a 4chan page which is perhaps more interesting, apparently the thread on 4chan is now locked yet it's only a few days old (dated the 29th of March).

you may know this but you can't follow links into 4chan, you have to copy and paste the links into your browser, hope this helps....

I see, no I did not know that...so I have to paste the actual URL as opposed to a direct link?

posted on Apr, 4 2017 @ 01:12 PM
link
a reply to: IgnoranceIsntBlisss
Except that it's not a grey alien, is it? It has human features - distinct nose, mouth, eyebrows, etc. and happens to be wearing a monk habit. Its large eyes likely represent esoteric sight and its large head likely represents knowledge. It seems too archetypal to not be.

a reply to: NerdGoddess
I'd like to believe that, but it seems like schizophrenic behaviour to be honest. Not that anything he has done is inaccurate, but it appears that he became obsessed with a monk who happened to share one name with him and then he "became" him, hence the painting of himself in the monk's clothes. Many people believe that disorder and intelligence are mutually exclusive, but he reminds me of one of my friends who is both schizophrenic, obsessive, and highly intelligent.

All 14 books are there just at different places as the writing on the wall seems to be an add-on to the volume. Maybe?
But there are two X?

a reply to: Peeple
You missed the I, the first one is IX (9)