posted on Apr, 3 2017 @ 11:31 PM
link
Some of you may remember how several years ago a Polish delegation was en route to Russia, when the plane was forced to land in thick fog and crashed, killing many prominent members of the Polish government. They were set to attend a ceremony commemmorating the aniversary of the Katyn Massacre, a World War II atrocity in which Soviet NKVD (secret police) executed thousands of Polish officers, leaders, professors, and the like. The irony is not lost on me. Anyhow, detailed reports revealed that the plane was in perfect condition and not the cause of the crash, and many people suspected a conspiracy.

Polish President Lech Kaczynski was highly critical of Putin and Russian policy, and he was accompanied by the head of Poland's central Bank, as well as many high ranking military personnel. It is highly suspicious that this happened on Russian territory when Putin had a motive to do so. Not to mention the fact that the Russians refused to send the wreckage to Polish investigators.

I recall seeing footage on the news which alleged to show evidence tampering, but which may have simply been gross negligence. There was, after all, a scandal where Russian troops looted credit cards from bodies and withdrew money within 2 hours of the recovery. 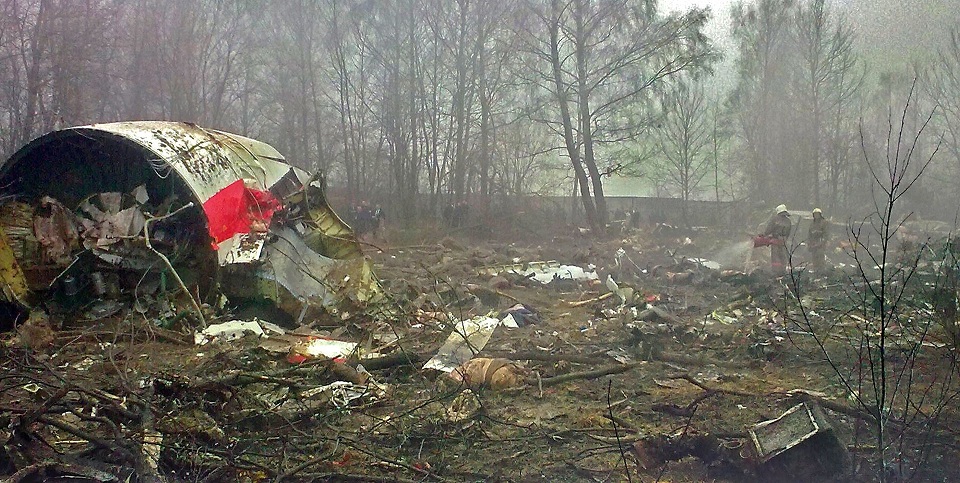 But I am not here to discuss the conspiracy of the crash itself, merely the recent resurgence of it. The ruling Polish 'Law and Justice' Party has become vocal about their theory that this was a Russian assassination. They have only brought up charges against the air traffic controllers, yet have publicly accused Putin himself:

Polish prosecutors said on Monday they would press charges against two Russian air traffic controllers of deliberately contributing to a 2010 plane crash that killed Poland's president and 95 other people.

The crash near Smolensk in western Russia killed the Polish President Lech Kaczynski and his wife, as well as the central bank chief, top army commanders and several lawmakers.

An inquiry by the previous government returned a verdict of pilot error, but the ruling right-wing Law and Justice (PiS) party led by Kaczynski's twin brother Jaroslaw, has said the crash may have been caused by an explosion on board.

The prosecutors said on Monday that a new analysis of recordings of conversations between the pilots and Russian controllers justified pressing the charges.

I am just giving a supposition, but it seems rather timely with the 'Russian hacking' distraction, does it not? Suddenly we have a NATO country reiterating how evil Putin is - and there is no sense arguing against that point - but this happens at a time when NATO troops are being deployed to the border.


My conspiratorial mind wants to believe that these allegations are part of the leadup to conflict a la the media dredging up Iraq "gassing the Kurds" in the precursor to the invasion of 2003, as well as a distraction from political intrigues of late.

You know our thoughts already. Dont get us banned for vocalizing it. Your question is rhetorical. But good thread

If Poland keeps this up, they may well find an angry Bear on their borders.

It is just inane. Proof of an explosion? No! Just a maybe.

Are Polish investigators that thick that they missed it the first time around. I think not!

Well....they were Polish investigators, there's a reason for all those polish jokes, just saying...

posted on Apr, 4 2017 @ 01:00 AM
link
ftm the videos of people running around and executing the survivors, speaking aloud in Russian, iirc

Their glupi? Forgive my polish spelling!

posted on Apr, 4 2017 @ 01:14 AM
link
a reply to: tayton
I am confused are you calling polish people stupid? Or polish investigators stupid?

This was a very serious incident and there were major inconsistencies with the Russian investigation and handling of the evidence.
Read the article. Don't dismiss this so easily.

A war with Russia is not good for any NATO country. Poland for example would most likely be devastated. Unless there is an extreme reason to do so I doubt a world war will start. Russia would be stupid to try to start one .

Where did the recordings come from, and who re-analysed them?

Your link "en route" leads to a wiki page which includes, from April 2010

"Both the Russian and Polish official investigations found no technical faults with the aircraft, and concluded that the crew failed to conduct the approach in a safe manner in the given weather conditions. The Polish authorities found serious deficiencies in the organization and training of the Air Force unit involved, which was subsequently disbanded. Several high-ranking members of the Polish military resigned, under pressure from politicians and the media."

Which seems a bit ferocious if there were any uncertain grounds.

Dangerous to throw matches in a tinder store though.

Kaczynski never did something else since his twin brother died in that crash. Now that there is a Nazi party in power, the government says "It were the russians!", too...
As a european, as a german, i just can say:

If it were the russians, thank you!
One of these Nazi brothers alone is enough, two of them were too much.

As long as the russians kill Nazi scum, they do a good job!

posted on Apr, 8 2017 @ 08:34 AM
link
a reply to: pheonix358
My thoughts exactly, I feel that the Polish investigators would have come to the conclusion far earlier, rather than bringing it up at an opportune time to drum up support against Russia.

a reply to: Doxanoxa
The recordings came from the recovered Cockpit Voice Recorder (transcript) and the Flight Data Recorder (plane diagnostics). You can read the dialogue transcript although I am uncertain how accurate/unedited it is. I am not even sure that the original recordings are available!

a reply to: DerBeobachter
A rare moment I disagree with you, DerBeobachter, as assassination is no way to solve problems in the modern world. If Nazis are to be removed, it must be done so democratically, lest we become them.