May I suggest a weighted voting scheme?

posted on Apr, 1 2017 @ 07:56 PM
link
So I'm not all that comfortable with a 1 person 1 vote scheme. Under this system, the lower class dominates because the lower class is the most numerous, but policies that appeal to the lower class, such as massive welfare, are detrimental to society as a whole. See USSR.

Your first problem is thinking the President is above every other person in the country and should count more. "Highest ranked person" in the country?

And then it's downhill from there.

Why not just say you want a ruling elite class? Or an oligarchy? No need to dress it up with values and percentages.

Just let people vote more than once then. Just pay $ for however many times you want your vote to count. But if you dont have $ then you can also barter. We are geniuses

originally posted by: allsee4eye
Under this system, the lower class dominates


If true, why hasn't the lower class advanced a member of their ranks to the head-of-state position?

I am sorry I have to disagree with you. Self worth doesn't = self monetry worth.

If anything we need to change the system so people with a lot of money or organisations can't influence candidates or political parties unfairly.

The president has a fixed salary. He is highest ranked. He is not highest paid. He can be used as the standard in this weighted voting scheme.

posted on Apr, 1 2017 @ 08:02 PM
link
No...just no. All legal citizens should get a vote, though I'm not opposed to a voter having to understand badic government, at leadt how the three branches on the US are set up.

If the US did have a 1 person 1 vote system, Hillary would be president because more people voted for her than for any other candidate. Poor people vote Democrat because they need massive welfare. The founding fathers saw this danger and established the electoral college scheme.

The electoral college worked as intended.

Sounds just as ugly as weighing votes by how much you make, doesn't it? 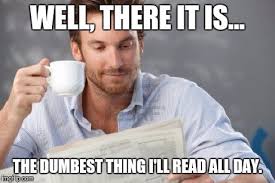 You may consider the president to be your better.

He is not better or worse than any other citizen. He is the president. He is the standard. So that's why his salary can be used as the denominator in the weighted voting scheme.

One man one vote will always favor the majority, regardless of who it is. The only majority that matters though is the one that can enact policy. Any other majority is silent at best.


originally posted by: allsee4eye
Under this system, the lower class dominates


If true, why hasn't the lower class advanced a member of their ranks to the head-of-state position?


We are a nation of equals.


With that said, we already HAVE a weighted system. Just look at the SuperPACs.

In a democracy, everyone has a vote. I merely suggest a weight to everyone's vote.

In a democracy, everyone has a vote. I merely suggest a weight to everyone's vote.

One, we're not a democracy, two, everyone is equal.

You just want some to be more equal than others.

For at least ten years of my life I made less than 36k and still consistently voted for less entitlement programs and lower taxes for everyone.

Reread your OP and ask yourself, is this really something I ought to have said?

Except the president works for the people. The people don't work for the president. So why does his vote count orders of magnitude more than the majority of people?

It doesn't matter how you try to rephrase it: you're advocating a ruling elite.