ATS Political Forums To Be Excluded From Boards

page: 1
31
<<   2 >>
log in
join
share:
waftist
+6 more
posted on Apr, 1 2017 @ 12:55 PM
link
Beginning Monday, ATS will no longer have political forums. The owners have determined that the Russians have infiltrated the boards and ATS has been told by CIA to discontinue any political topics and discussion. Simon has requested ATS immunity from President Trump and the Pres responded suggesting doing a AMA here to answer any questions and will give free lifetime supply of tanning cream to members with best questions. Mark, in a desperate move, reached out to Hillary Clinton for help and she has offered to purchase ATS in order to save the political forums, but the catch is she will be the one deciding what topics can be posted. Obama fully supports this and he is requesting a golf forum at the same time. Changes are coming...

I welcome this because talking about political issues is just pointless. We can get all our truth from television and I already know everything so why discuss alternative opinions and such. Let's just stick with worthy topics shall we...

- Sorcha Fall will buy part of ATS next week and head her own forum to assure quality, unbiased and factual information. She will be sponsored by Natural News.

- Zecharia Sitchen camp has found evidence of inner earth civilization and will present the evidence in story telling fashion, with their own newly formed hieroglyphic language.

-Tom DeLonge captured a guitar playing alien and will do an exclusive unveiling with a live unplugged concert .

- A baby Sasquatch has been found and will pair with Honey Booboo in a new exclusive ATS show hosted by Conspiracy Chicks.

- Phage admits he was wrong and claims Nibiru is real and he saw it whiie hangliding at night. He has smart phone pics evidence. He has created a new ap also called Planet X'ed that will make any picture taken of something in the cosmos have horns, and therefore end the debate once and for all.

- Johnny Anonymous returns to reveal his real identity….hint he used to sing with someone named Daryl Hall?

- Zaphod finally admits chemtrails are real and he has known all along, but was convinced that the public was just not ready to embrace the truth of spraying nano particulates that will eleminate balding in all species and it was for the good of the planet ultimately.

- Tom Delay and Jack Abramoff to acquire ownership of the Federal Reserve, assuring fair and equal distribution of money.

Zecharia Sitchen has found evidence of inner earth civilization and will present his evidence in story telling fashion, with his own newly formed hieroglyphic language.

"This would have been interesting seeing as Zecharia Sitchen is dead."

DOH!! How could I not know that, geez I feel even more silly now . I will edit it..indeed the irony

Phage admits he was wrong

posted on Apr, 1 2017 @ 01:26 PM
link
a reply to: waftist
What time is it where you are? Traditionally, April Fools day is supposed to stop at midday.
I'm afraid that one was easy to detect from the first line- announcements about the owners' intentions usually come from the owners.

It was 10:30ish AM here when I began, and I was going to make most of it deceptively serious, but got carried away with foolishness and decided to be creative and attempt some humor.

originally posted by: Neith
a reply to: waftist

Zecharia Sitchen has found evidence of inner earth civilization and will present his evidence in story telling fashion, with his own newly formed hieroglyphic language.

Zecharia Sitchen is dead? Really? I think I just found another instance of the Mandela Effect. I've been a rabid believer all along you know.

posted on Apr, 1 2017 @ 01:51 PM
link
a reply to: waftist
Artistically, one good approach is to start with things that are vaguely plausible and then gradually increase the level of outrageousness, leading up to a climax. Then the question is how far down the reader gets before he notices.

There used to be an annual thread pointing each user at his own profile (like "We unmask the worst troll on ATS").
That one may have been banned or discouraged.

The guy started talking about a known measure that was being debated in the state on welfare and SNAP restrictions and he got the producer to go along with the convo. Then he gradually started talking about items that were in the measure, and finally the big outrage he pulled out was that they were going to inspect people's refrigerators to make sure they were spending the SNAP money appropriately.

And he hooked his producer right in.

Since the producer was a millennial smart @ss who prided himself on not ever getting taken by BS. It was glorious. And then when the April Fools was revealed ... after a good 20 minute segment, including callers who weren't in on the joke and may or may not have figured it out to various degrees ... the radio guy told the producer and the kid nearly flipped his lid. It was hilarious and the entire audience never let him live it down.

''Tis a great move!! I will be given Ultimate Moderator status on Monday too. All words, I'm informed, could lead to me dropping the hammer if I don't like said words.

I'm informed I must give the following statement:

Promise I very fair not unstable in giving Ban. Censor of words Bad inappropriate for ATS lead to no warning Ban hammer. We are thanking you for your participating.

Am I supposed to read that in like a Slovenian accent or something? Lol

I am thinking Da, Comrade. 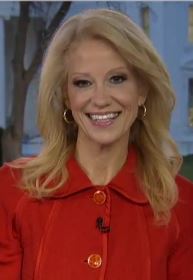 
He's not dead he's only sleeping!
As for Springer wanting immunity from Trump, he should be like me, be glad to meet Trump and shake him warmly by the throat.
edit on 1-4-2017 by smurfy because: Text.

Will Jesse get the rights to make Cabo Wabo Tequila with that?

Seriously....best thread on here in a very long time!


Heyyyyy....baybee! Wanna do some shots? Why you so fine!?