Read between the lines, Mars was once warm and wet!! New Discovery!!

Whatever, Phage, you have a knack.

When I got mine a couple of decades ago, at least, there was only one place that had them. They required a special download to view them.

On ATS we have various sorts of inquiring minds and those that deflect anything not main stream.

How do you take a story saying there is MAYBE barely enough time for microbial life to evolve and turn it into advanced space faring life?

Imagination is great for stories.

imagination shaped the world, it is how we create, and evolve. 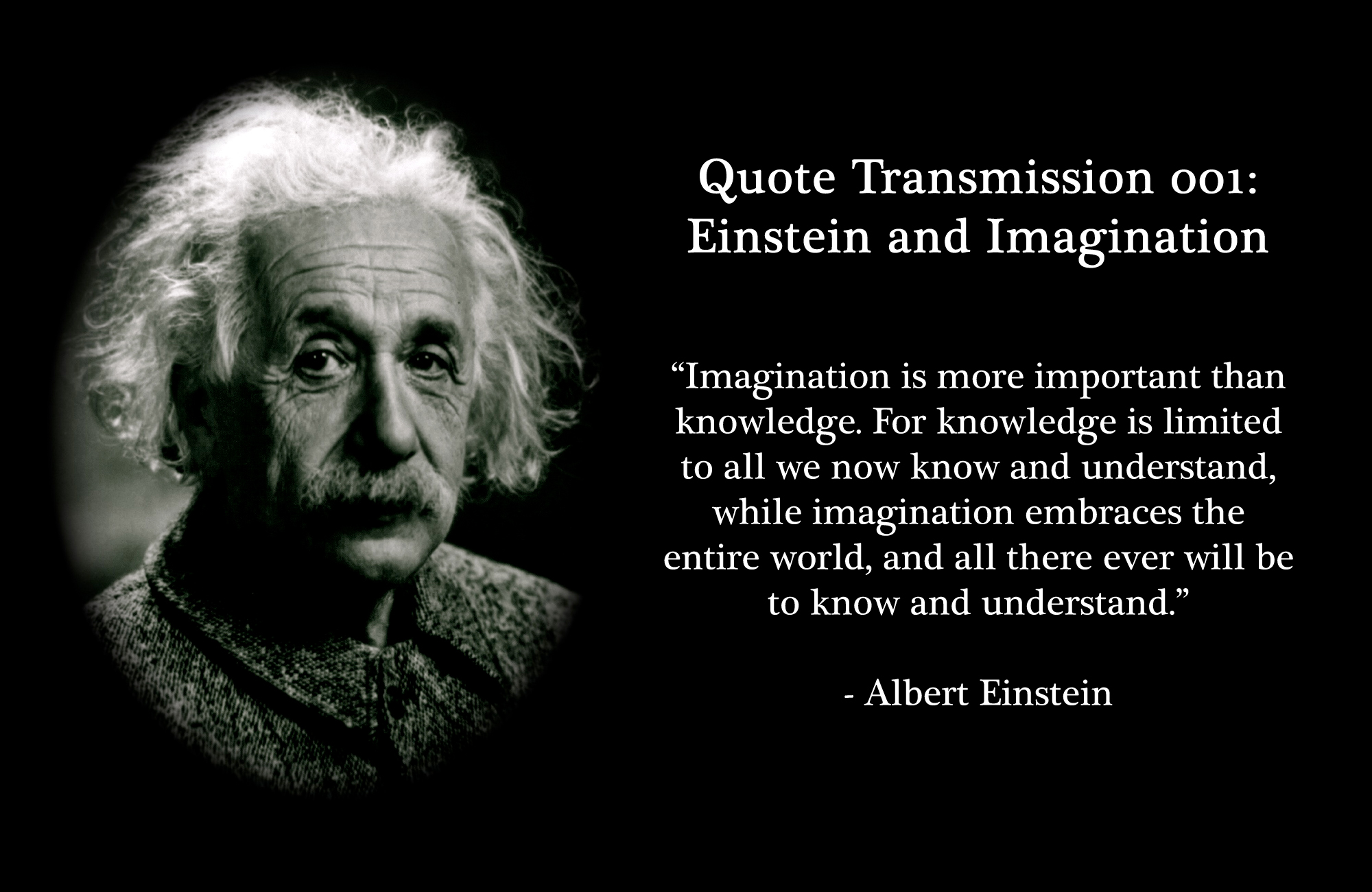 originally posted by: Davg80
a reply to: Box of Rain

Yes i read the journal phage sent me, and it talked about all those things rock formations due to water etc etc

the thing is, not for a second did they say "we know" everything is suggested.

well know its not suggested

Know they can prove it,

and that is a huge development when it comes to Scientific discovery.

They've known for a while the water was there (for example, the knew Gale Crater was once a lake -- because that's why Curiosity was sent there), but they didn't know all of the "cause and effects" of why that water is no longer on the surface, nor exactly how long it's been gone.

Those are the things they are trying to learn now, it's not longer a question whether there was ever water there at all (and hasn't been a question for a while)l.

I can imagine purple unicorns dancing in the yard, it's great, but it didn't happen. The quote you posted has literally nothing to do with the topic.

heres what i said in the OP..
So Tom DeLonge said news would be coming within the next 60 days and we were to read between the lines,

""...... on the 30th March a new discovery that Mars was likely warm and wet. and as solar winds began to strip Mars of its atmosphere life Likely moved underground, now the question is, Did it evolve under there or before it went under, or evolve at all.
so what are the implications here, where are they going with this, if intelligent life did evolve on Mars, then they are likely our ancestors, because you would imagine once they became technologically advanced, they would move to our planet!""

all just asking a question, getting a wee debate on the what ifs, i don't know whether it did or did not....
but "what if" is the same as imagine and using imagination!
what do you think the possibilities that intelligent life evolved on Mars billions of years ago?


then they are likely our ancestors, because you would imagine once they became technologically advanced, they would move to our planet!

It's basically an impossibility.

Intelligent life could never have evolved on Mars. It barely fits in the time frame for single celled life to have formed.

originally posted by: Davg80
a reply to: OccamsRazor04

I can't speak for OccamsRazor, but here's my take:

1. I do believe there is almost certainly other intelligent life in the universe. I base that on the size and scale of the universe.

2. Besides intelligent life, I think life in general (such as microbial life) might be very common throughout the universe. Again, I base that on the size of the universe and the knowledge we have that life as we know it (Earth life) seems to be pretty tenacious in finding ways to thrive in even extremes conditions.

3. I think there might be other life (especially microbial life) in our won solar system, such as in the Oceans of Enceladus or Europa, on Titan, in the high clouds of Venus, or under the soils of Mars.

4. HOWEVER, I don't think there has ever been an intelligent civilization on Mars. There does not seem to have been enough time for that to take place prior to mars becoming the dry place it is today. I wouldn't say it was "100% impossible", because I have no way to prove that it is impossible...However, I would say that it was very highly unlikely, and approaching "impossible".

5. I don't see any possible way that we humans are the descendants of intelligent beings on Mars. The timing is way off. Even if intelligent Martians left Mars a couple of billion years ago and came to earth, we would NOT be the descendants of those Martians. That's because humans have only been around fro about 250,000 years (not billions), and our lineage seems to have come from other mammalian life (shrews and weasels such) that began to flourish after the dinosaurs died out 65 million years ago -- long long LONG after Mars dried up and lost its atmosphere.

Even those early mammals have a lineage that can seem to be traced back to other Earthly amphibians and reptiles and such....

...and I'm just not sure where the idea of a space faring race of intelligent beings from mars fits into that lineage.

i pretty much believe all that more than martians are our ancestors. theres no need to try and convince me.
that being side, i am hypothesising that if they they did manage to evolve in the perfect window of opportunity
then they would be our ancestors, and if that was the case, they would be in control of our history, remember
everything you base your argument on is still just a theory.......

originally posted by: Phage
a reply to: Davg80

Oh, it's possible, but there's a timing problem.

It seems that Mars had lost most of its atmosphere and dried out by about 3.8 billion years ago, maybe a bit later than that. So that leaves about 1.5 billion years for life to develop there. It took about 3 billion years for the first animal life to appear on Earth. And those animals were not intelligent.

So, it's possible that, for some reason life evolved from plant, to animal, to intelligent animal, to technological animal really, really fast on Mars. I suppose.

Unless life only lived on Mars millions of years ago before it became unsuitable...it didn't have to originally develop on Mars....just move there.

There's been quite a bit of taking pictures of rocks so far. What haven't we ever seen: fossils of macroscopic ancient Martian animals. No fossilized shells.

originally posted by: mbkennel
There's been quite a bit of taking pictures of rocks so far. What haven't we ever seen: fossils of macroscopic ancient Martian animals. No fossilized shells.


These are about as close as I found:

originally posted by: Davg80
a reply to: OccamsRazor04


We are the only intelligent life we have evidence for.

Which has nothing to do with Mars being our original home being all but impossible, with zero evidence for it, and so much evidence against it the idea is not even much good as a story, except to the ignorant.
edit on 5-4-2017 by OccamsRazor04 because: (no reason given)

you see ignorance is thinking you have all the answers when you don't, all your evidence is on the premise that intelligent human life can only evolve the way it has for us, which is mighty presumptuous, in fact you could even say that is ignorant, i for one believe Humans evolved from Ape ancestors through the diet of psychoactive plants that improved our brain structure, but me being open to any eventuality, i look at all the angles, and investigate, maybe its because i am scientist i do this, it's certainly not ignorance thats for sure.

It's not human life if it's not human. So you are correct, I think humans are the only human life. It is all but impossible that humans came from Mars. It's really ludicrous to keep arguing it happened. Maybe you can give us a time line of how it all went down?

well the fact that there was water there is evidence towards the valid proposition that life was on Mars, then when you look at how evolution works and that it is all to do with adaptability when the environment changes from extremes, then if there was any window in which life could have started, then it is conceivable that it adapted and improved over billions of years.
that is possible. never mind barely possible and all that nonsense, its either possible or not, barely possible doesn't cut it in the scientific community, as an explanation!! Surely you understand that!

Please give me this time line for "humans" to have evolved on Mars and come to Earth.