Why should Russia be America's adverasary?

posted on Mar, 31 2017 @ 07:10 PM
link
1. More than half a million American lives were sacrificed fighting Germany, Japan, Italy in WW1 and WW2. America and Russia never fought a war.

2. Russia was kind enough to sell Alaska to America at a discount.

5. Russians are invaluable allies against jihadists. You know, those folks who are out to get the west, no matter Russia or America.

6. The space race between Russia and America greatly benefited mankind with all sorts of spin off technologies.

Apart from the proxy wars during the cold war, there is also this

Russia didn't just hack the DNC and Podesta. They hacked Rubio too. And thousands of others Americans.

And they weaponized some very specific information they got, added in a bunch of fake news stories and were very successful at disrupting our elections, pitting unwitting Bernie Bros against Hillary supporters. Good times. They had fun!

More than that, they hacked US military families through spouse's emails. Wikileaks has files with their hacked photos. Here is the drive the photos are on from twitter: 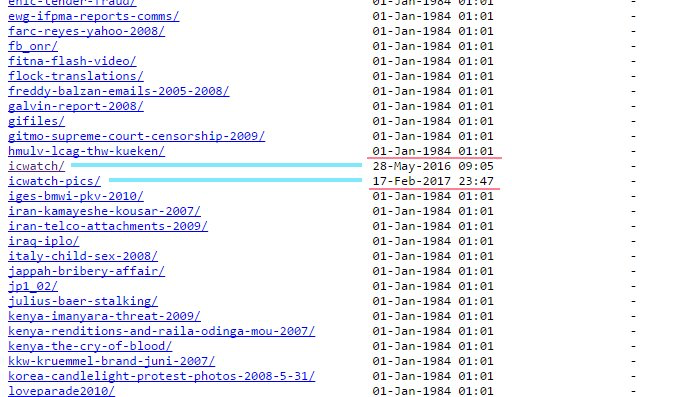 It is on their site - can't post the link on ATS


Putin murders people. He is a dictator masked by a false democracy.

Russian interests are not benign. They seek to diminish American influence and hope to see us turn inwards, becoming Nationalists, so Putin is free to expand his empire. He seeks to break NATO countries as well, disempowering them so they have no United front to present.

I know there are people here who don't believe Russia hacked anything. That's what they want you to believe. I can't help you.

posted on Mar, 31 2017 @ 07:48 PM
link
No. Facts and logic do not count. Liberals keep banging the war drums because their God-Empress lost the election


edit on 3/31/17 by Gothmog because: corrected terminology

By your logic the entire planet should be nuking US all RIGHT NOW.

originally posted by: seasonal
a reply to: allsee4eye

So the Russians are cruzing off the coast of America with spy ships....why?


Putin thinks America is weak sauce and is just waiting for the right opportunity.

posted on Mar, 31 2017 @ 08:20 PM
link
I can answer that because are soldiers didn't go through basic to raise the red flag um they went thru basic and died for your country because America is the #1 country in the world and unlike France we never surrender must I remind you about the Cold War and how close we were to nuclear armagedron well it could all happen over again the commies cannot shall not and will never be are allies so just learn to deal!

Also we have similar based founded religions no?

originally posted by: seasonal
a reply to: allsee4eye

Military industrial complex. America needs an enemy that can really challenge them, in order to keep getting better and better at making bigger and bigger bombs..

originally posted by: allsee4eye
a reply to: olaru12

Yeah, and Russia's Submarines are in international waters, armed with nukes capable of strinking American cities in 6 min.

Some kind of friends eh?

Friends are determined by action.

They are intercontinental so basically anywhere they are we are at "risk". 6 minutes or 9 minutes is very little difference.

True. Why doesn't the US field a submarine that replaces Ohio and challenges Borei? No money?

Better and better not the main goal, the money is the goal. And if the "product" for war can be sold to both sides of a conflict all the better (profitable).

There is no allegiance, there is only money.

How many earths can we destroy?

Is there a point?

There is more to life then money! The Russians found out that the hard way when there money collapsed and there economy collapsed and the USSR failed back when the republicans were last in office! Thanks to king Obama Russia almost rose up again like a Phoenix but if you don't know your legends that will go right over he heads of all the PC snowflakes!

I don't think Putin got the memo on $$$ not being everything. His bank accounts are fat. Politicians lie.
edit on 31-3-2017 by seasonal because: (no reason given)

They might have already done that if they thought they could do it without a counter strike or M.A.D.

But since nobody wants to risk extinction we just have smaller battles now hoping to wear each other down.