What really happened to Eastern 980

posted on Mar, 31 2017 @ 05:30 PM
link
On January 1st, 1985, Eastern Airlines Flight 980 departed Paraguay for Miami, with stops in Bolivia and Ecuador. The flight was crewed by Captain Larry Campbell, First Officer Ken Rhodes, and Flight Engineer Mark Bird. Both Rhodes and Bird were former military, and Campbell was on his second landing in La Paz.

Also on board were Marian Davis, wife of ambassador Arthur Davis, he was supposed to be in board but changed plans at the last minute. She continued without him. Five members of the Matalon family from Paraguay. The family built an empire around selling appliances in Paraguay. It was later found that quite a bit of contraband, in the form of alligator skins was also on board.

Landing in La Paz was enough of a challenge that Eastern required a check pilot on the first couple of landings. The navigation system in use at the time, called Omega, was known to be several miles off at times, there was no radar at the airport, the altitude the airport was at required a much higher landing speed, and the crew to be on supplemental oxygen while taxiing to the gate.

On this day, Eastern 980 was descending into the airport, with no sign of trouble, and was approximately 30 miles from the airport, in an area with thunderstorms nearby. At 8:38 PM, they were at 20,000 feet, and had been cleared to descend to 18,000 feet. There was a single click heard on the radio, which was the last anyone heard from them. The next day wreckage was found on Mt Illimani, which ultimately proved too much of a challenge for investigators. Claims of no bodies or blood at the site were made, and ultimately the accident was reported as flight into terrain.

Enter Dan Futrell and his roommate Isaac Stoner. In 2016, Futrell was looking at a Wikipedia entry on unrecovered data recorders from plane crashes, when he came across Eastern 980. He chose to accept the challenge and find and recover the recorders. After some serious planning and acclimation using altitude tents, they set out for La Paz.the wreckage has been moving down the mountain with the glacier, and has become spread out.

On the first day, almost as soon as they got on site, they found a roll of magnetic tape that was similar to that used in data recorders of the time. On the second day, as they were resting, and preparing to call it a day, Isaac Stoner uncovered a piece of debris with a wiring harness and CKPT VO RCDR on it.

To keep them safe the two brought the tapes back to the US with them, hoping to interest the NTSB in them and figure out what happened. However, they can't get anyone to touch them. They didn't know it, but by removing them they violated Annex 13 of the Convention on International Civil Aviation. Until that situation was resolved no one would risk dealing with them, and current relations with Bolivia are bad enough that we may never find out what really happened.

Landing in La Paz was enough of a challenge that Eastern required a check pilot on the first couple of landings.

So they found the wreckage of the plane with the alligator skins?

It's a pilot who has more experience. He looks over your shoulder and points out where you need to correct something.

I think they most likely just flew into the mountain, but there are still alligator skins up with the wreckage. Someone knew something though. This whole thing is almost radioactive. People were threatened to keep them quiet,and others were told to just let it go, when they said they were going to the crash site.
edit on 3/31/2017 by Zaphod58 because: (no reason given)

That's what gets me, man. There's a data recorder sitting, literally, on some guy's kitchen counter but nobody will do a damn thing with it.

Absolutely mind blowing to me, and it screams coverup (obviously)

Saw this...
thechive.com...
A while back and meant to bring it here to ATS. After what they went through to get to the crash site, then have bureaucratic tape get in the way. Now the million dollar question is, will the Data from the recorder be retrievable?

Thanks Zaphod for making a thread on it.

Edit: here's the last photo of the evidence walking away in a box. 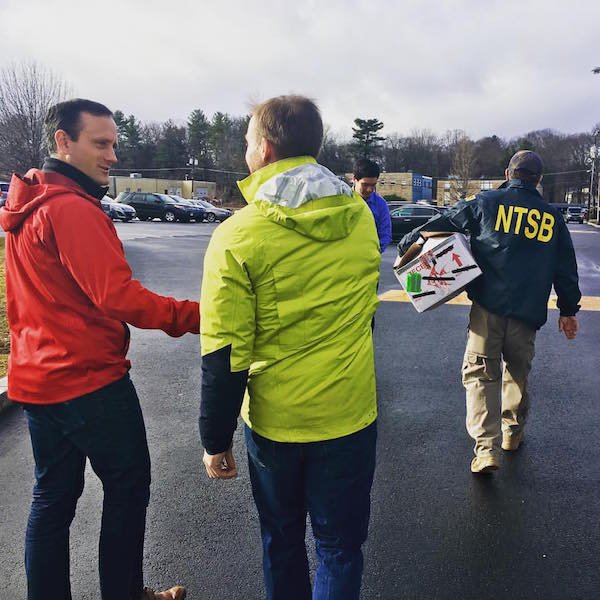 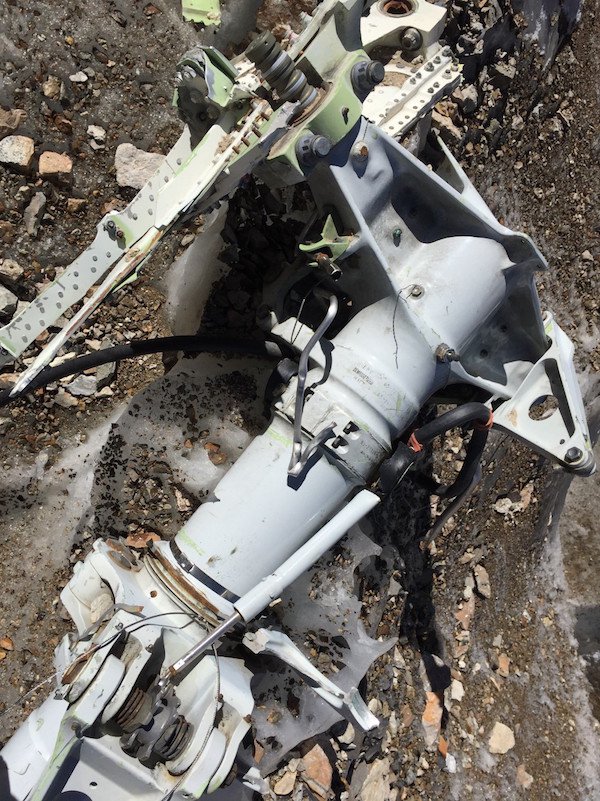 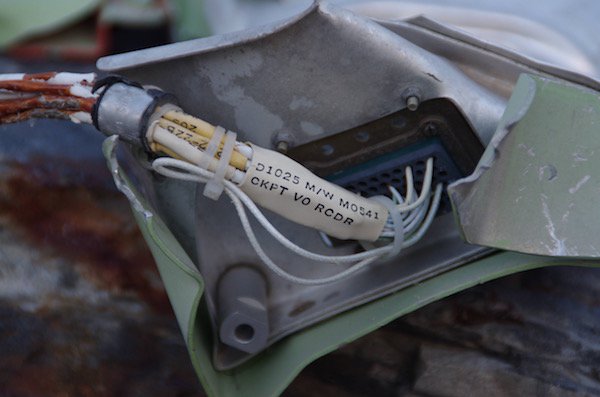 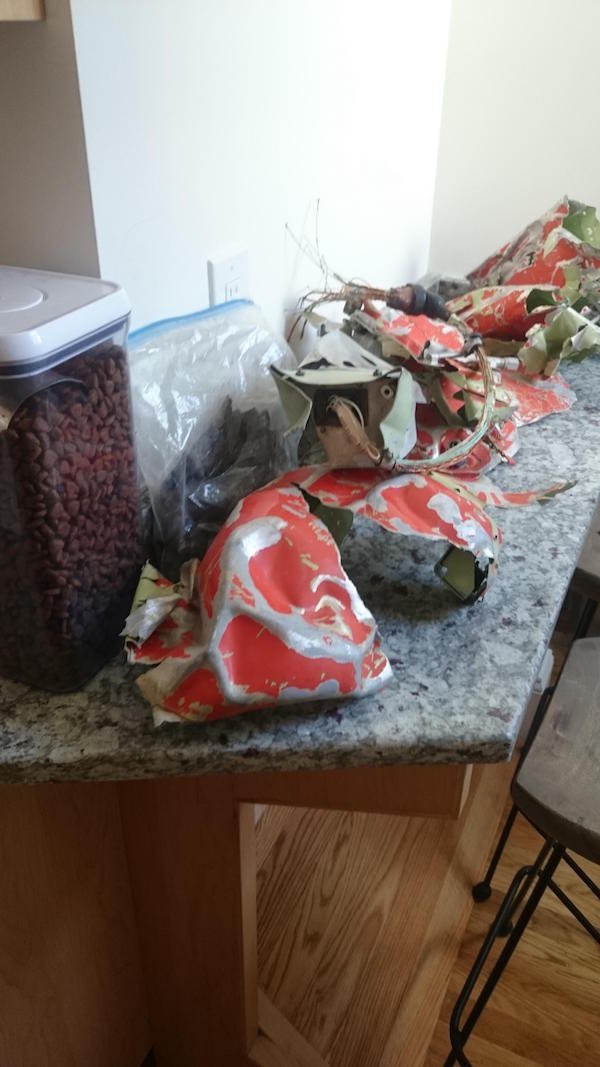 Quite a few things do. I suspect that if it's ever read, we'll find it was actually an accident, but people are covering up the smuggling going on with Eastern.

But if that's your contention then I'd have to ask "why?" Your article said that several employees were indicted for drug smuggling so...why continue to try and cover it up?

I realize I'm asking you to defend an abstract but it's hard for me to fully buy into that I guess.

If it's an active cover up and not "this is how we've always handled this crash so we're going to keep doing this", then it's because something in the wreckage can identify someone and cause major embarrasment.

That was a long read. I guess there is a simple need to accept that the plane flew into the mountain, that the airport is inadequate, the aircraft didn't have what was needed to counter the airport's shortcomings but should have, and should not have been allowed to fly there. I do think though that, since the plane was found, the airilne...any airline has a responsiblity to bring home some remains and artifacts of those who perished, that's what people want.

Ah that could be. Hadn't thought about it on their end. Given the whole "no you can't bring that helicopter here because it's better than ours and that's embarrassing" angle, that may be spot on, Z.

If it's an active cover up and not "this is how we've always handled this crash so we're going to keep doing this", then it's because something in the wreckage can identify someone and cause major embarrasment.

I realize I'm chiming in late here. I'm trying to branch out into other forums and discovered this. Pretty interesting read. I am confused about something though. Eastern closed down in 1991. NTSB has the recorders right? I don't see why anyone working for NTSB today would care whether their investigation winds up embarrassing some ex-employees or executives from a 30 year old incident on a defunct airline? What's the supposed motivation to continue to cover it up?

No, the NTSB won't touch the recorders. They're sitting on a counter somewhere. No one will legally touch them, because they were brought out in violation of ICAO rules.

No, the NTSB won't touch the recorders. They're sitting on a counter somewhere. No one will legally touch them, because they were brought out in violation of ICAO rules.

Ah the picture in Bigburgh's post confused me into thinking the NTSB did take them but just wouldn't analyze them. But whether they're currently in NTSB's possession or not, does my point about what would be their motivation to continue to cover up for Eastern make sense?

It wouldn't necessarily be a coverup for Eastern, but whoever was shipping or receiving the contraband.

It wouldn't necessarily be a coverup for Eastern, but whoever was shipping or receiving the contraband.

Gotcha. Certainly an interesting case. Thanks for bringing it to our attention, as always! Maybe the red tape will get cleared up someday and the analysis can be done.