Did Eve have sex with Lucifer in the Garden of Eden?

Have you ever considered Lord God, the lesser, is the ruler of God, the greater master?

Lord God can't be thee God. The way i know that is because Lord God walked in the garden of Eden With Adam and the woman.

God only had to say:

Let there be light.

And it was so.

Lord God is like the serpent described in genesis 2. Lord God is more subtil then any other creations God made.

originally posted by: fatkid
a reply to: spy66

Well you do know that Eden was west of Nod, because the Bible says the Nod was east of Eden...

If Nod was to west of Eden then Nod should have known about Eden i details. And probably mentioned something about the flaming swords.

Bramley [3] has noted that, “We therefore find Ea [Enki] as the reputed culprit who tried to teach early man (Adam) the way to spiritual freedom. This suggests that Ea intended his creation, Homo sapiens, to be suited for Earth labor, but at some point he changed his mind about using spiritual enslavement as a means.”

From a Biblical perspective, it was Enki who (with the critical assistance of his half-sister, Ninki, aka Nin-khursag) created Adam and Eve. It was Enlil, on the other hand, who created “Edin”. Enki was the serpent in the garden, who urged Adam and Eve to eat of the fruit of the Tree of Knowledge of Good and Evil (which was infinitely beneficial to their spiritual growth). It was Enlil, who drove them out of Edin, while Enki was there to clothe them. It is worth noting that Zecharia Sitchin [2] claims that the biblical word for “snake” is nahash, which comes from the root word NHSH, and which means “to decipher, to find out.” In other words, Enki, the God of Wisdom.

No, 1 does not think EVADU mated with the Serpent...
ADAMU it seems was meant to procreate with LILITH, 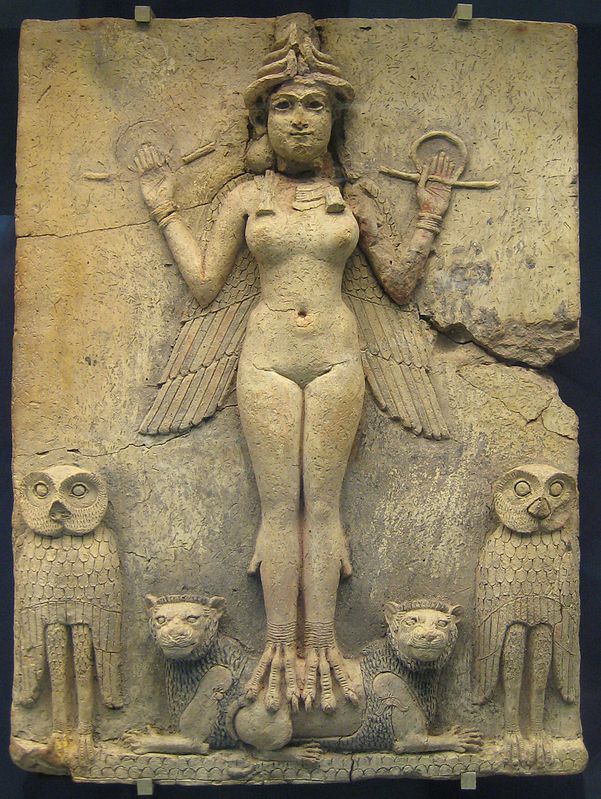 before the creation of EVE.

Edin (Eden in the Bible) is a sumerian term meaning "steppe" or "plain", written ideographically with the cuneiform sign EDIN .[1] It is featured on the Gudea cylinders as the name of a watercourse from which plaster is taken to build a temple for Ningirsu. "Clay plaster, harmoniously blended clay taken from the Edin canal, has been chosen by Lord Ningirsu with his holy heart, and was painted by Gudea with the splendors of heaven, as if kohl were being poured all over it."[2] Thorkild Jacobsen called it the "Idedin" canal, suggesting it was an as yet unidentified "Desert Canal", which he considered "probably refers to an abandoned canal bed that had filled with the characteristic purplish dune sand still seen in southern Iraq."[3] Friedrich Delitzsch was the first amongst numerous scholars to suggest the Jewish and Christian term Eden traced back to this term. The later Babylonian term is "edinu".[4] 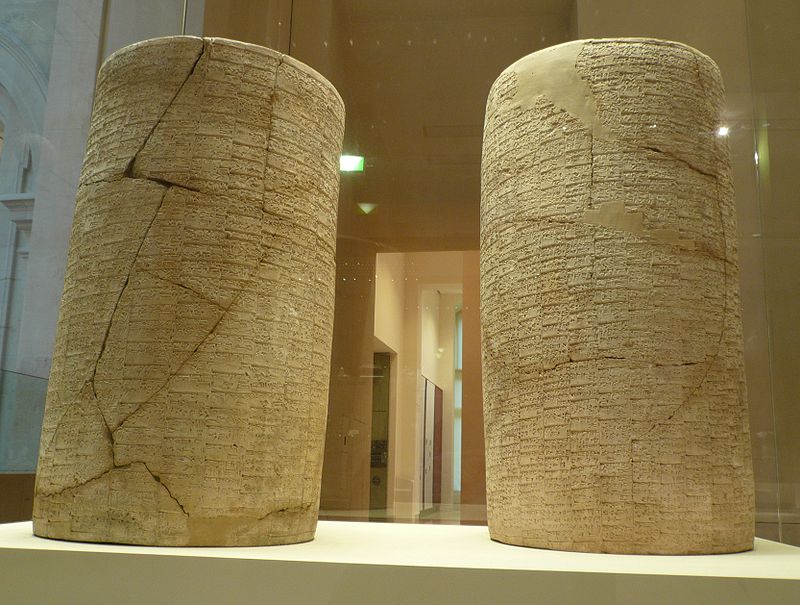 So you don't see Lord God as the son of thee God?

Genesis ch 1 v2 is after heaven and earth created according to the very first sentence of the bible.

Earth without form I read into as only water and no land yet.

Darkness on face of deep I read into as the force of gravity on the ocean.


This is a interesting tvist to what genesis Chapter 2 and 3 describe.

There is no doubt that there is more to genesis then what is described in Chapter 2 and 3 and so on.

So you don't see Lord God as the son of thee God?

Yes i do. God formed Lord God for a purpose.

Genesis ch 1 v2 is after heaven and earth created according to the very first sentence of the bible.

Earth without form I read into as only water and no land yet.

Darkness on face of deep I read into as the force of gravity on the ocean.

This is initially how i was tought to understand what i was Reading in genesis Chapter 1 as well. Its like we have been given the answer to the meaning of the text before we read it.

This got me thinking. Because when i read the text i viewed it differently.

I see it this way:

Since God is going to create the heaven and the Earth. Neither the heaven or the Earth are present in verse two.


It is even stated in verse 8 in Chapter 1 that God is creating the heaven.

How Earth was formed is more complicated to grasp from Chapter 1.

But the heaven and Earth were created in that order: First heaven and then Earth.

The firmament described in genesis Chapter 1. is much like the singularity, if you read about the Big Bang theory.
The firmament is Our expanding universe (heaven). We even Call it heaven today. It is what you see when you look up.

So what was the purpose do you think God formed Lord God for?

So what was the purpose do you think God formed Lord God for?

I have no idea what the actual roll of Lord God is. But heaven and Earth and everyone within it were not created without purpose or meaning.

One thing is for sure, tomorrow will come. New books will be written and opened when this one is Complete.

I thought she stole an apple?

Bit of i difference between theft and sexual contact, ether that or our Bible is employing one hell of a euphemism.

End of the day all our religious texts are the work of Man with all his fear and fallibility at play with not a shred of conclusive evidence to support there outlandish claims.

I thought she stole an apple?

Actually genesis only says fruit.
Apples were not native to the middle east at the time.

The whole apple thing probably has more to do with European painters always depicting the forbidden fruit as an apple from there it most likely sank into the western cultural mindset.
So whenever someone brings up eve and the snake people automatically think apple.

Although it would have more likely beep a pomegranate fig or some other type of middle eastern fruit.

There is one ancient myth that does involve an apple of discord.

Allegedly its was a Quince and not an apple.

Satan was trying to pollute the bloodline so Jesus couldn't come through, it was the first attack.

It's been happening ever since, happened again Gen 6:6.

This is why God instructed whole villages to be wiped out, because their genes were not pure, not because he wanted them all dead for spite.

Wait are you talking about Eris or Eve?

I'm new to this fruit and just looking it up.

Allegedly its was a Quince and not an apple.

I guess maybe both. interesting.


DK: The quince is native to the Caucasus and northern Persia, but cultivation spread to the eastern Mediterranean basin. Many suppose that the forbidden fruit of the Garden of Eden was a quince. In Greek legend Helen of Troy bribed Paris to award a quince to Aphrodite as the prize in a beauty contest, starting the Trojan War.


The Quince: The fruit that started the Trojan War.

originally posted by: xstealth
I do believe this is what happened, Cain and Abel were twins from two different dads.

Satan was trying to pollute the bloodline so Jesus couldn't come through, it was the first attack.

It's been happening ever since, happened again Gen 6:6.

This is why God instructed whole villages to be wiped out, because their genes were not pure, not because he wanted them all dead for spite.


Does this imply that Satan was a physical flesh and blood organic biological being with cells that contain genes and DNA?

Well before Eve there was Lilith, she apparently got chucked out because she preferred to be on top.........I don't even think she stole anything.

This garden of Eden place seems to have had some strange rules.
edit on 4-4-2017 by andy06shake because: (no reason given)

22 And the Lord God said, “The man has now become like one of us, knowing good and evil. He must not be allowed to reach out his hand and take also from the tree of life and eat, and live forever.” 23 So the Lord God banished him from the Garden of Eden to work the ground from which he had been taken. 24 After he drove the man out, he placed on the east side[a] of the Garden of Eden cherubim and a flaming sword flashing back and forth to guard the way to the tree of life.

I wonder what would have happened if they grabbed a fruit from the tree of life and took a chomp?

Seemed like after they ate from the tree of knowledge there was a great haste in kicking Adam and Eve out guess the management didn't want them living forever.

Your right about the garden having strange rules and lots of strange happenings. Was there peyote growing in the garden as well?

originally posted by: SolAquarius
I wonder what would have happened if they grabbed a fruit from the tree of life and took a chomp?


I think the story means they had always been eating from the tree of life, all the time they were in the garden. The tree of life was placed in the middle of the garden for that purpose, that they should eat from it.
The assumption is that the tree of life gives life by continuous eating, not by a single act.
Then the point of expelling them from the garden is to interrupt their eating, not to prevent it happening for the first time.

Did they eat from the tree of life?

Yeah it does seem to depend on the wording and there are a few different ways it's worded depending
on the translation.
Some translations seem to imply what you are saying.

posted on Apr, 4 2017 @ 02:57 PM
link
a reply to: SolAquarius
The advantage of my theory is that's it's the only way of explaining "prevent him from eating" that doesn't result in a logical tangle.