I will be alone for the rest of my life

, sitting in a worn out recliner while watching Dr. Phil and drinking cheap vodka.

I call that "Monday".

, sitting in a worn out recliner while watching Dr. Phil and drinking cheap vodka.

I call that "Monday".

I call that "Birthday".

That's a decision I made when I was around 12. Was playing with the idea one time, but got over it very fast. Don't worry, no innocent victim from me.

It was a good one.

originally posted by: TEOTWAWKIAIFF
a reply to: Peeple

Elon Musk is a tard.

No, he isn't. That's just stupid to call him that.

Hawking is full of sit.

No, he isn't. What he has done is remarkable, especially considering his condition.

Seriously, Musk borrowed money from his dad to start his first business which he hit the lotto on when he sold it for millions.

Everything else has been subsidized one way or another.

Like PayPal? Hey, I don't like PayPal, but selling it to EBay for $1.5 Billion was pure genius.

He is over rated IMO. That tard wanted to blow up nukes on Mars to warm it up! How f# stupid is that?

It's brilliant. Nobody there and won't hurt anything. It will melt the ice, free up the water, and put Mars on the road to recovery as a habitable planet. It's called "terraforming." On what rational basis do you call that "stupid"?

His wall charger thing is a joke.

No, it isn't. It works. My cousin uses it and feeds off his solar panels for "free gas."

They use rebundled rechargeable batteries. As soon as some better batteries come along he is sunk.

In which case he will use those. In fact, he'll be the one making them.

SpaceX is a NASA handout.

How else is NASA going to feed the ISS? With the Space Shuttle? NASA needs Musk. Meanwhile he has a backlog for private launches. Was yesterday's launch a NASA Handout? Nope. SpaceX got paid for that and recovered a rocket for the second time. That's the idea.

I had a credit card once!

You didn't use it as well as Musk used his. In fact, what have you done lately? Have you advanced the state of physics like Hawkings? Have you pushed the boundaries of space flight? Come up with alternative non-fossil fuels for transportation? Have you created jobs for thousands of people? Have you given hope to anyone? Musk and Hawkings are success stories because they did not believe in people like you. They're inspirational. You're not.
edit on 3/31/2017 by schuyler because: (no reason given)

It was a good one.

Smear liver pate' on your face and lie down.

The cats will ignore you then.

Weirdest thing first - my neighbor as I grew up had a dog just like the one in your avatar named Skyler (minus the freaky eyes).

Second - I think I need to take a middle ground on Musk here and say "meh", somewhere in that vast space between your and the other posters extremist viewpoints. From completely loathing and condemning him to praising and worshiping him reality exists. I'm sure he'd agree with that moderate viewpoint.

But about Hawking, you're so off base there. If you want to praise someone as an example that a debilitating physical condition shouldn't be any drawback to becoming successful and sharing good with others - you're SPOT ON, he's a great example that should inspire crippled folks everywhere.

But all this "advanced the state of physics" gibberish? He didn't earn that distinction. There are 10,000 individuals in the last 100 years that did far far more to advance physics than this guy. You're buying into television and movie propaganda without actually substantiating it properly. Granted he did a few little things here or there, but he is certainly not this ultra genius that is the ultimate physicist that people pretend he is.

Only like 4 or 5 of those guys gets hardly any praise, meanwhile someone like Hawking soaks up all the fanfare. It's a travesty and I think it's due to media programming moreso than anything valid or legitimate.

For example "Hawking Radiation" which is named for him was actually an idea from other scientists such as Yakov Zeldovich and Alexei Starobinsky that he merely articulated in a paper - yet he got the most credit. His cosmological theory likely wasn't originally his to begin with, though I'd say he worked hard on substantiating it's potential validity. But that's something so abstract it's hard to even say it's practical like tons of the stuff many of the names I mentioned above were giving us.

Hawking does a lot of work to "popularize" many scientific concepts and that's commendable, but in terms of actually doing the hard work and creative thinking to "advance physics", not really dude. I disagree.

Look at what your thread hath wrought!

All you did was post a little paragraph about something....
You almost have twenty flags for this? It makes no sense.

I'm super jealous. I don't care that you think some of my threads got all this attention - they were the one's that hardly espoused anything significant. You already have more flags than some of my most significant contributions to mankind, like the Holy Grail thread which was philosophically profound or my Unitarian Illuminati thread which was literary excellence and both are a great example of various methodologies and theories I developed to reveal the unlimited potentials of our language and to convey a complex view of mysticism.

I'm just like "why should I even bother".... then I remember the hard reality. I don't and cannot write for anyone because I'll always be let down. I have to fight through all the suffering and challenges to write just for me. Just so I'll be happy. Just because I like writing enigmatic things, for my own personal enjoyment. Because I cannot write for anyone else, no one liked it.

So you have fun with your little one paragraph pointlessness and I'll try to motivate myself to write these 50 threads I've been sitting on despite all of the pain and misery it's caused me. "Try" because I don't know if I'll ever make it, I'm so disillusioned and desolated by all of the crap I'm inundated in and surrounded by.

I'm not mad at you per se, I'm not even mad exactly, I'm just sorta fed up. I'm sure you'll laugh.
You know it's like I can perform complete impossible magic right in your face like telling you not only the names of your deceased husband and father-in-law but I can describe what cloths they wore or that one of them liked cowboy westerns a lot and then give you their message and you seem to not really care that much at all.

I'm really good at writing angst filled rants, so I hope you really appreciated these last few diatribes I painstakingly crafted for your hit-thread (barf). And yes, I know you really admire what I do here. Thank you. It does mean a lot. I'm always so downtrodden about our society and how fickle, shallow, and mindless most people are. Please forgive that.

schuyler be dropping them gems.

Yeah you should be totally jealous of my pathetic 20 flags, you'd need them desperately I can see that.


You know what you great mystic, try to read me, if you get one thing about me right, just one thing that matters, nothing superficial, and I swear I will only write deep sh1t from there on.
Do you accept the challenge?

Sorry for not feeling pro-Musk. That is just how I feel.

Hawking if full of sit

A joke is not funny if you have to explain it! It is a "play on words" or pun. As are the rest of my comments. Two friends talking can sound kind of harsh from the outside. Especially those short cuts and humorous things.

We are not alone!

Smear liver pate' on your face and lie down.

The cats will ignore you then.

That's exactly what they'd expect me to do.

I am perfectly suitable and available with documented proofs.

I was interested up until this, sorry I don't play swords.

originally posted by: IAMTAT
10 out of every 9 Relationship Experts say that conspiracy websites are the #1 BEST place to meet quality people for dating.

That's where I met my wife. She's a reptilian bent on world domination.

But she does make a great cheesecake!


originally posted by: IAMTAT
10 out of every 9 Relationship Experts say that conspiracy websites are the #1 BEST place to meet quality people for dating.

That's where I met my wife. She's a reptilian bent on world domination. 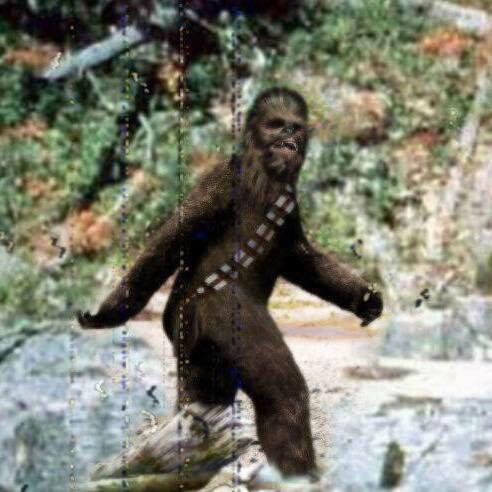