originally posted by: burgerbuddy
Isn't Flynn the victim or is everyone forgetting that.


That was eloquently explained earlier today. The FOCUS should be on FINDING and PUNISHING the AZZHOLE who committed felonies, by unmasking Flynn's name, and passing this "raw" intelligence to the U.S. Media..


hahaha yes it IS ironic.


You know what keeps going through my head as I watch it unfold here on ATS....is Eddie Murphy, Mr. T and the Jedi Mind Trick....

I agree with almost everything you've said there...but I SURE wish to hell, that people would leave religion out of political conversations. It's annoying, distracting, and almost as unproven as Trumps claims of Obama 'wiretapping' his phones.


It is not unproven. It is widely acknowledged by those who want it. Religion SHOULD be left out of politics, you are right. Unfortunately, religion has moved INTO politics. Are you unfamiliar with the agendas of these folks? There is a huge push by the evangelical christians to get into every facet of our society: Government, Media, Arts & Entertainment, Education, Family, Business, and Religion. To take over all of those.

The Seven Mountain Dominionists, the New Apostolic Reformation.....they are quietly training people to run for government positions. Tell THEM to get out of politics, and we won't have to keep talking about them in political conversations.

These seven mountains are business, government, media, arts and entertainment, education, the family and religion. There are many subgroups under these main categories. About a month later the Lord showed Francis Schaeffer the same thing. In essence, God was telling these three change agents where the battlefield was. It was here where culture would be won or lost. Their assignment was to raise up change agents to scale the mountains and to help a new generation of change agents understand the larger story.

This website is designed to help educate those who wish to become change agents in culture for Christian values and to connect like-minded men and women for a common vision.

Dominionism Is the New Religious Freedom from political research dot org. You can't talk about American politics and especially not this new crop of folks without talking about religion also.

a few years ago, journalists and scholars who wrote about Dominionism found themselves facing a smear campaign by, among others, writers at the same paper in which Fea’s commentary appears. Washington Post columnist Michael Gerson and then-religion writer Lisa Miller were part of this national effort to discredit the idea that Dominionism was a real thing or that even if it was, that it was of much significance. This despite the fact that then-Gov. Rick Perry (R-TX) had made his de facto presidential campaign announcement at a massive prayer rally organized by leaders of the movement for Seven Mountains Dominionism, and that then presidential candidate Rep. Michele Bachman’s (R-MN) mentor at law school was John Eidsmoe, a prominent Christian Reconstructionist theorist, (who now works at the Foundation for Moral Law, founded by Alabama Chief Justice Roy Moore.) Perry’s campaign later imploded, (for reasons other than the Dominionism controversy) and Bachman’s campaign never gained traction, but the episode certainly prefigured current events.

Now, some four years later, former Gov. Perry has endorsed Ted Cruz for president. Cruz has won the Iowa caucuses, and The Washington Post has published a major article about the Seven Mountains Dominionism of Sen. Cruz and his father. A great transformation in American politics and religion, once pooh poohed by established interests (which also denounced those of us who recognized and wrote about its importance) is now accepted as uncontroverted fact.

Pence, DeVos, Perry, Cruz, Palin, and many others are actively and now OPENLY wrangling and getting INTO politics to make the USA a Theocracy. It's not fiction, it's not a "conspiracy theory" or a hare-brained fantasy. They are real. And they are serious.

originally posted by: Christosterone
I am a Texan.

Hillary was a terrible candidate.

I voted for Donald trump.

My reason for doing so hinged not upon anything Russian.

The sole reason I voted for him was he did not illegally have a server in his basement while serving as Secetary of State.

Furthermore my father, a lifelong yellow dog Democrat, did not vote for Hillary because she was/is a terrible person.

Russia had nothing to do with his assessment. He used his eyes.

Democrats were roundly defeated from coast to coast in both congressional and senatorial races because their liberal utopic vision of governance boils down to nothing more than progressive newspeak long since void of any tangible, real ideas.

Sorry y'all lost in the election...obama will be remembered as a parentheses in the history books..

gee.... you sure seem stupid.
if that was your "sole reason" for voting Trump, then you are an aggressively uninformed fool. Forget policy, forget healthcare, forget economic impact, forget anything and everything of actual importance.... she had servers, derp derp derp.

They were roundel defeated because, unfortunately, the majority of the general population is just as uninformed, myopic, and thoughtless as you.


originally posted by: burgerbuddy
Isn't Flynn the victim or is everyone forgetting that.


That was eloquently explained earlier today. The FOCUS should be on FINDING and PUNISHING the AZZHOLE who committed felonies, by unmasking Flynn's name, and passing this "raw" intelligence to the U.S. Media..

But it was okay to hack Podesta's emails and post them on WikiLeaks? If Flynn committed treason, whoever committed the "felony" deserves a medal. The National Security Adviser an unregistered foreign agent? You support that idea?

Thank you for reminding us of the most dangerous conspiracy of all. Dominionism is the greatest threat facing the United States at the moment, but the media is afraid to tell the truth about it. Although Russia had a hand in the election, the Dominion won. Mike Pence could never have won on his own merits, but once Trump is impeached, the Dominion will control all three branches of government.

Trump Supporter: "Hillary Clinton BROKE THE LAW by having a private email server! She endangered the security of the United States! Law breakers must be PUNISHED!"

Average American: "Wait a minute, didn't Flynn BREAK THE LAW by acting as an undisclosed foreign agent, thereby endangering the security of the UNITED STATES?"

TS: "General Flynn is a HERO! He would never do anything wrong! Besides, we would never know anything about that if someone hadn't BROKE THE LAW by leaking information on Flynn to the press. Law breakers must be PUNISHED!"

AA: "Oh, you mean like the Russian agents who hacked the DNC servers and then released that information to the press?"

TS: "OF COURSE NOT! Those Russian guys are HEROES! We needed to know what was going on with the Democrats!!!" 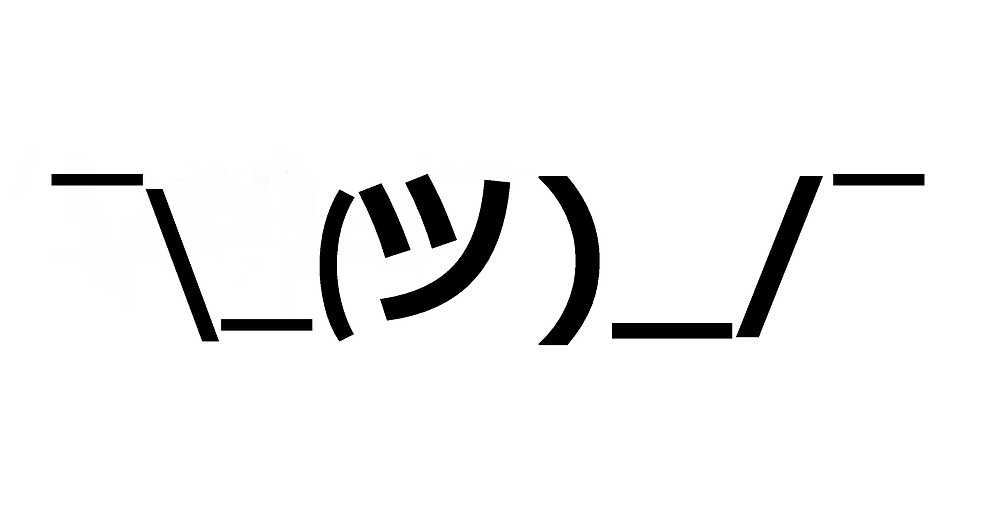 What they did to Hillary was a witch hunt. Isn't it funny how this phrase keeps getting bandied about now?

This is Karma folks.

posted on Apr, 1 2017 @ 08:13 AM
link
Cant wait to come back a year from now, and still see that the obsession has only grown stronger on familiar crew here.

No that's not true. It would basically be a get out of jail free card.
During the Iran Contra trials immunity came back to bite them in the ass.

He's not getting immunity but he will be put under oath.
And he will answer them or be held in contempt.

Yeah wasn't he like trying to kidnap the guy and put him on a plane to Turkey.

Wonder who the president will be then...

originally posted by: Nikola014
Cant wait to come back a year from now, and still see that the obsession has only grown stronger on familiar crew here.

Says a familiar voice that, as usual, says nothing about the topic, only the people participating in the discussion.

So, let me invite you to go beyond your comfort zone this once and talk about the topic.

What do you think about Flynn's request for immunity?

Actually, I am familiar with them...but you're right, my choice of wording was very poor. It sounded like I meant religion was unproven. What I should have said is the basis of any religion is unproven. Replace God with Allah and well......


On the one hand we have ISIS, I guess that will make us what, USUS?

Thanks. It's off-topic in this thread, but this morning I'm reading an article in Rolling Stone about DeVos's very open agenda.

No, it sounded like you thought the idea of Theocrats infiltrating our government was unproven. It is not. It is FACT.

FYI. Nothing unproven or hidden about this. It's a very real thing.
Betsy DeVos' Holy War

The DeVoses are conservative Christian royalty with deep roots in Republican politics, and Betsy, a skilled political operator, had just finished a stint as chair of the Michigan Republican Party. During a talk one evening in the Phoenician's elegant grand ballroom, DeVos mentioned her latest project: recruiting Christians to run for the state legislature. "It is critically important that we have believers involved in public life," she said.

Politics was one facet of a much larger effort the DeVoses called the Shfela.

Now back to your regularly scheduled topic conversation.
Which is Flynn making nice with the Russians and then not telling people about it when asked. Because that's all fact, too.

Actually, I am familiar with them...but you're right, my choice of wording was very poor. It sounded like I meant religion was unproven. What I should have said is the basis of any religion is unproven. Replace God with Allah and well......


On the one hand we have ISIS, I guess that will make us what, USUS?

"Tell me of the waters of your homeworld. "

I just default to ... if you can tell me why all the other gods except yours are false, I can tell you why the only difference is that I believe in one less god than you do.

I think it's funny that the Semetic languages would best translate Jesus into English as "Isu or Ysa" ... and guess which modern religion refers to Him as such?

lol!! It will make us WASWAS

Buzzy, as usual, thanks for bringing in a needed dimension that reminds us just what the stakes really are in these interminable discussions.

Any force which seeks to overthrow the Constitutional government of the US, be that Dominionism or whomever, needs to be known and fought against by every true American.

You know, I've been thinking about this post of yours for awhile. Especially the quoted part above. Hasn't it worked though? I mean, as pointed out by Chaeone86 perfectly here "Friends with differing views cannot even agree on the facts".

Hence this whole spewing of "FAKE NEWS", which makes it truly horrific. It's as though news media sites that express opinion become fact, and all the staples of news - people who have dedicated their lives to attempting to keep the public informed - are spun as "FAKE". Meanwhile, here on ATS the same people who are bawling "FAKE NEWS" have countless times used the SAME OUTLETS to show corroboration that their expressed opinion has veracity.

No, it sounded like you thought the idea of Theocrats infiltrating our government was unproven.

Yea. While it may have sounded that way, I definitely wasn't challenging that aspect at all. Just the basis of religion. Which was/is precisely why there was/is/should continue to be separation of religion and state.