Spiders could theoretically eat every human on Earth in one year

page: 1
22
<<   2  3  4 >>
log in
join
share:
Krazysh0t
+1 more
posted on Mar, 30 2017 @ 07:16 AM
link
Spiders could theoretically eat every human on Earth in one year
Who is ready for a horror story this Thursday morning? I was browsing WaPo this morning and saw this article and felt like everyone needs to know all about our favorite eight eyed and eight legged friends...

Even the article intro starts off the horror just right:


Spiders are quite literally all around us. A recent entomological survey of North Carolina homes turned up spiders in 100 percent of them, including 68 percent of bathrooms and more than three-quarters of bedrooms. There's a good chance at least one spider is staring at you right now, sizing you up from a darkened corner of the room, eight eyes glistening in the shadows.


Wave to your spider buddy staring you down. HI Spidey!

Spiders mostly eat insects, although some of the larger species have been known to snack on lizards, birds and even small mammals. Given their abundance and the voraciousness of their appetites, two European biologists recently wondered: If you were to tally up all the food eaten by the world's entire spider population in a single year, how much would it be?


Why, oh why would you ask this question? The answer can't be good.

Martin Nyffeler and Klaus Birkhofer published their estimate in the journal the Science of Nature earlier this month, and the number they arrived at is frankly shocking: The world's spiders consume somewhere between 400 million and 800 million tons of prey in any given year. That means that spiders eat at least as much meat as all 7 billion humans on the planet combined, who the authors note consume about 400 million tons of meat and fish each year.

Or, for a slightly more disturbing comparison: The total biomass of all adult humans on Earth is estimated to be 287 million tons. Even if you tack on another 70 million-ish tons to account for the weight of kids, it's still not equal to the total amount of food eaten by spiders in a given year, exceeding the total weight of humanity.

These numbers yielded some interesting factoids on their own. For instance, one study estimated that global average spider density stands at about 131 spiders per square meter. Some habitats, like deserts and tundra, are home to fewer spiders. On the other hand, spider densities of 1,000 or more individuals per square meter have been observed under certain “favorable” conditions — since Nyffler and Birkhofer don't define what “favorable” means in this context, I'm going to assume it refers to dark, dusty places like the area under my bed.


Now this is the point were I want you all to click on my link if you haven't already. Here, I'll post it again if you are too lazy to scroll back up: Spider horrors! This way you get to look at all the fun moving gifs of giant swarms of spiders on the article that I can't post in ATS because they are moving gifs.

Ok Ok. Onto more serious stuff. Spiders are really some of your best friends. They eat tons of insects that you and I find either annoying, venomous, or destructive. We love to be scared of them because they are so creepy looking, but don't hate. Like I said earlier, wave to your eight legged friend who is currently staring at you. In the shadows. Plotting your DOOM! Haha just kidding.

I read somewhere that there is about a 1000 spiders for every square meter of land on earth.

Thanks dude. Hold that thought, I'm just going to get some gasoline and a match for your thread.

Maybe your next thread can be about clowns.

Yep. It's even in the article I posted.


On the other hand, spider densities of 1,000 or more individuals per square meter have been observed under certain “favorable” conditions

Interesting, but there is only one thing to do.

How evil to you have to be, to start the day off with this type of thread? Of course, I'm the idiot that click on it, so there is that.

While I am very afraid of all of them, except daddy long legs, I would so watch a horror movie about this.

"Kingdom of the Spider" on a global scale.

Yep, that would give me nightmares!

I aim to please.

Oh.. good thing I got the number right lol, I thought it was either a 100 or 1000, but went with the more dramatic number.

Yep, without Spiders we would be infested with lots of their pray.

Bible plagues could happen if we take out certain predators. Agricultural pesticides and loss of habitats could bite our ass much more venomously than any Spider.

Spider are our friends. They don't like us and they want to keep well away from us. Problems only happen through "misunderstandings".

The spider that most creeps me out is the banana spider "Brazilian Wandering Spider" (just thought: what an apt name for a spider stowaway on the banana boat, lol). They sometimes make it into people's homes even in the UK. They are very venomous indeed. Whenever I buy bananas I always check them out:

The apparent tendency to hide in banana bunches – like in the latest incident – has given them the nickname “banana spider”. Their scientific name translates as “murderess” in Greek and they are also known as the “armed spider”, because of their unusual attacking stance, and “horse stinger”.

How deadly is this breed? The Guinness Book of World Records has named it the most venomous spider in the world for possessing the most active neurotoxic venom of any living spider. 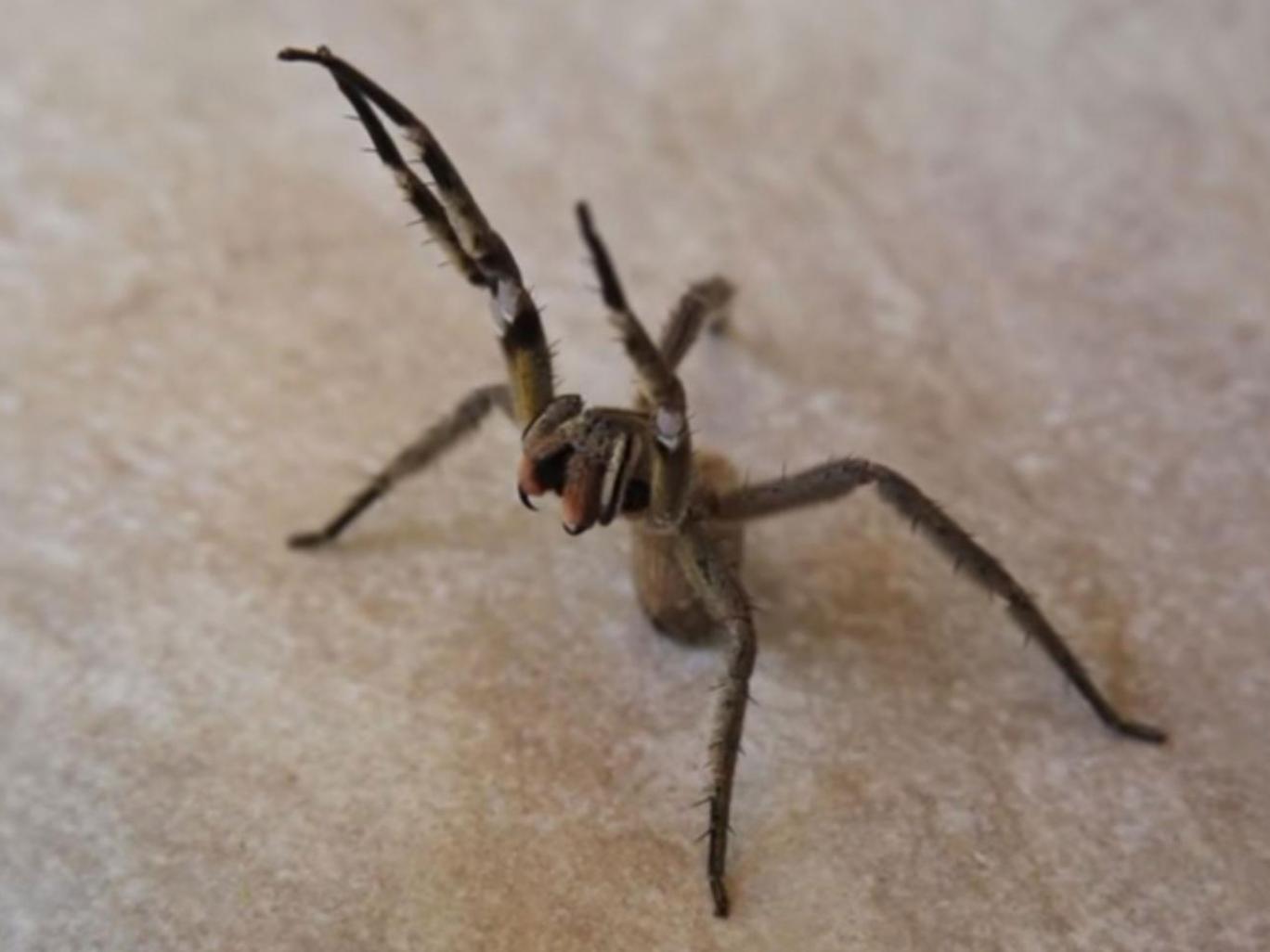 This is what I think of Spiders, lol:

Oh.. good thing I got the number right lol, I thought it was either a 100 or 1000, but went with the more dramatic number.


It's funny how the more dramatic number is the right one. Plays right into the horror of it all.

Yeah. I've heard of those beasts before too. I like your spider pic. He's raising the roof!
edit on 30-3-2017 by Krazysh0t because: (no reason given)

One time when I got home from work, I witnessed a black widow having a death battle with a horse fly stuck in its web. I went inside to put my stuff down and came back out to kill the damn monster. It was gone, never to be seen again. I was always weary when walking past that spot after that. 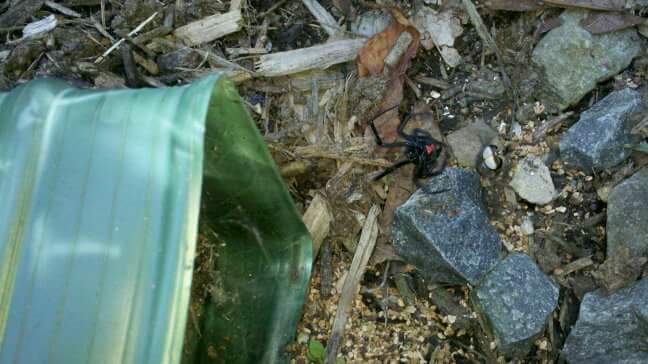 All my life people have laughed about my arachnophobia, told me there was no reason to be afraid of a little spider.

Well now we should all be afraid....be very afraid!

Yeah, black widows are not to be fooled with. They can kill. Destroy all you see.

Oh now writing comes out , talk about killing the moment .

posted on Mar, 30 2017 @ 08:16 AM
link
Before I moved I had a jumping spider that hung out under my computer desk, every time I played music he would come out and kind of bounce up and down to the vibrations right next to my speakers.

originally posted by: Irishhaf
Before I moved I had a jumping spider that hung out under my computer desk, every time I played music he would come out and kind of bounce up and down to the vibrations right next to my speakers.

Very wise of you to keep your new master happy! Just don't piss him off!

Thanks dude. Hold that thought, I'm just going to get some gasoline and a match for your thread.

Maybe your next thread can be about clowns.

When I see a friggen clown in an intricately spun web in the corner of my room, staring at me, with a balloon and a damn red nose, I'm gonna give him your address, you FREAK !!!