posted on Mar, 29 2017 @ 01:04 AM
link
This is great news. I hope I'm still alive 30-50 years from now because so many technologies and Scientific discoveries will change what it means to be human in very profound ways.

We will transition from Homo Sapiens to Cyber Sapiens.

A quadriplegic man has had his right arm and hand brought back to life with the help of thought-control technology.

Bill Kochevar, 56, was paralysed below his shoulders in a cycling accident eight years ago but can now grasp and lift objects after having two pill-sized electrodes implanted in his brain.

The electrodes record the activity of brain neurons to generate signals that tell another device to stimulate muscles in the paralysed limb.

During trials held at Case Western Reserve University in Cleveland, Ohio, Mr Kochevar raised a mug of water to his lips and drank from a straw. 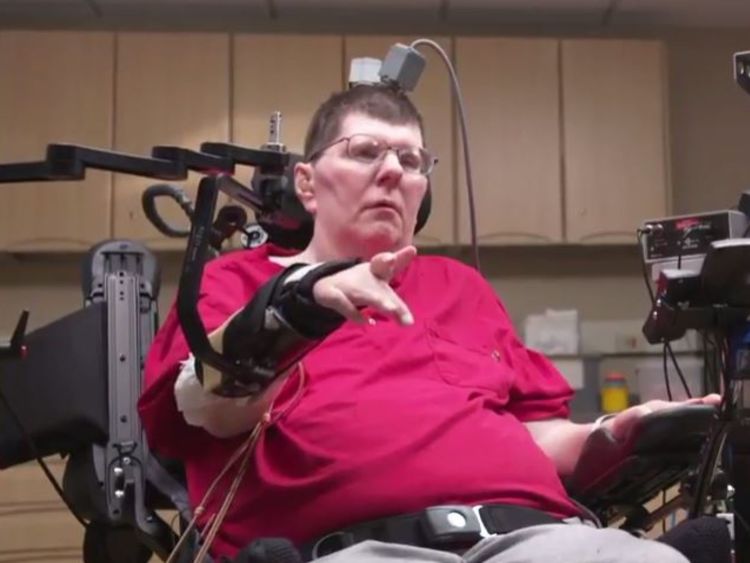 Imagine a person gets paralyzed, goes to the Hospital and then technology like this is implanted and he walks out of the Hospital a few hours later. You have Musk talking about a brain computer interface and A.I. growing fast as big data increases. We have had static technology that humans interact with but the technologies on the horizon will interact and think like us.

EXCITING TIMES!
edit on 29-3-2017 by neoholographic because: (no reason given)