Odd, I have never heard of such a thing happening. Very interesting. Of course you have a group of people that think this is going to usher in the end of time, I am thinking it is an odd atmospheric condition.


"Good afternoon, right now we are seeing a rare yellow line in the sky, and people are a bit scared,” said the cameraman.

"The rainbow appeared in the early hours of this morning. It appears to be a cloud with a colour similar to yellow."

but heck, could be apocalyptic as well.

It's just ice crystals hit with the right angle. I wouldn't mind a bit apocalypse but... maybe not today


Can you please be serious for a moment? It's the end of the world, god damn it. 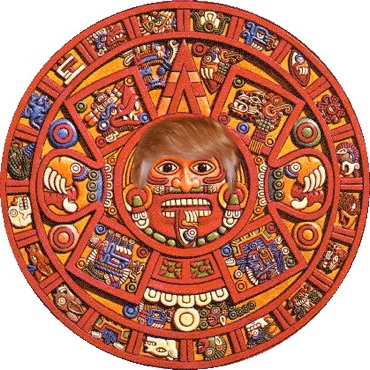 edit on 28-3-2017 by IgnoranceIsntBlisss because: (no reason given)

These happen when there are ice crystal up there. When it is close to the ground, they are called "light pillars". I caught some on photo this past winter as temps here in the AK dropped 0 °F (at least where I am). When they encircle the sun some call them "sun halos" while others, "sundogs". They are all part of the same thing, crazy ice crystals at the right shape and angle to make rainbows even more sparkly!

If they happen at night, you have a rainbow in the dark! But here in AK, we call them "auroras"

Sorry, the world is not going to end! Nice photo!

I guess I am easily amazed.

I did see something scary in the sky last month. Driving home around 3:30 pm headed due west, the sun was just a wee bit behind my head on my left side. Just ahead of me putting the object just above my left eye, was an object that looked very much like the moon as you would expect it to look when you see it during the day.

According to the moon calculator, though odd that the moon should be setting before the sun, the moon was exactly where it said it should be.

Only problem was that someone forgot to tell the other object that the moon had the night off, as another object that looked exactly the same as the moon, was behind my head and in the east, during this same time.

I was driving and could not take a picture. I thought I would take the pictures when I got home, but was not able to get the right view or angle because of all the trees. I did get a picture of a plane making a huge contrail circle around the area of sky above my head.

Okay it wasn't scary. Just odd. I had two passengers, one 83 years old and another 63 years old, and they agreed. Both said they don't remember ever seeing anything like it before.

Eyes to the skies. You never know what you are going to see.

They are most curious I must admit. I will also point out that I've never seen one before about three years ago. And I'm 44.

So, maybe they are new, who knows.

The effect seems to be specific to certain regions, and is called a circumhorizontal arc.


Soaks head in jet fuel, that stuff will eat your brain cells. 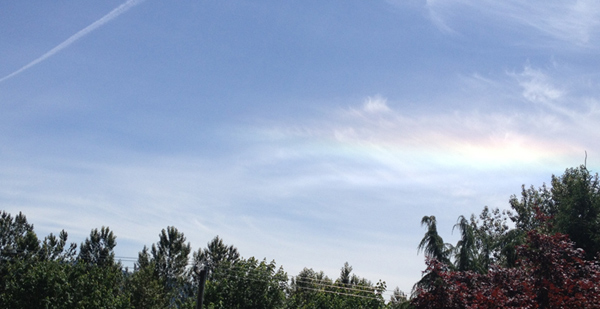 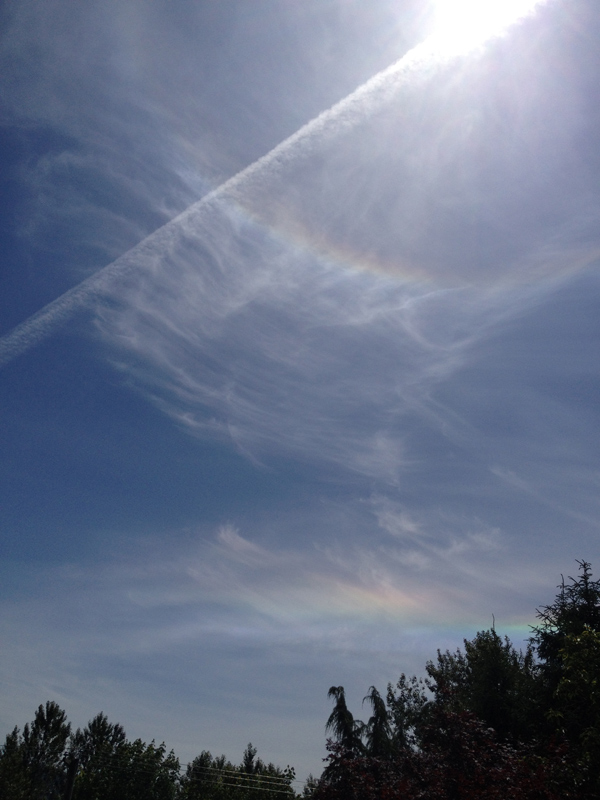