originally posted by: Gothmog
As intelligence goes, she didnt fall far from the tree , huh ?


Maybe she just landed on her head when she fell.

She's as dumb as a rock... but unlike her parents she doesn't seem to know how incredibly stupid she sounds. At least they have half the wit to sound convincing and play it off. Chelsea Clinton has absolutely no idea how the real world works. Just like Alex Soros, the Obama sisters, Trump kids... the list goes on. When you grow up with a silver spoon, you get used to people responding/reacting to your requests. But that also means you most likely don't have a goddamn CLUE about what makes the other 99.5% tick.

F*** you Chelsea Clinton and your scumbag Investment Banker husband


"Nope, Lincoln was wearing that exact hat at the Theater."

You could be right Chelsea....there is no evidence of blood....must be photoshopped


But, I could be wrong...she is a Clinton after all.


the spawn of Hills and Billy, also retards.

Someone makes a joke, and you start a thread about it. You're aware of the existence of sarcasm right? Are you the type of guy who runs outside with a bag of kibble upon learning it was raining cats and dogs? Maybe you run to get a bowl when the fog is as thick as pea soup. Arguing that the statement should be taken literally doesn't make her look stupid. It makes you look stupid.
edit on 28-3-2017 by andrewh7 because: .


Arguing that the statement should be taken literally doesn't make her look stupid. It makes you look stupid.

Frightening to think that she has political aspirations.

The very thought of this puppet muppet leaves my stomach churning with the impending doom of explosive diarrhoea.


I love the selective memory of the trumpcult. Chelsea Clinton is irrelevant. Let's look at the massive quantity of utterly ridiculous comments made by your cult leader. Just to pluck one random example of hundreds, here's a favourite.

'While @BetteMidler is an extremely unattractive woman, I refuse to say that because I always insist on being politically correct'
edit on 29-3-2017 by fencesitter85 because: (no reason given)

Chelsea sincerely hopes that's a made up quote.

The apple doesn't fall far from the tree - she is, after all, the spawn of Hills and Billy, also retards. 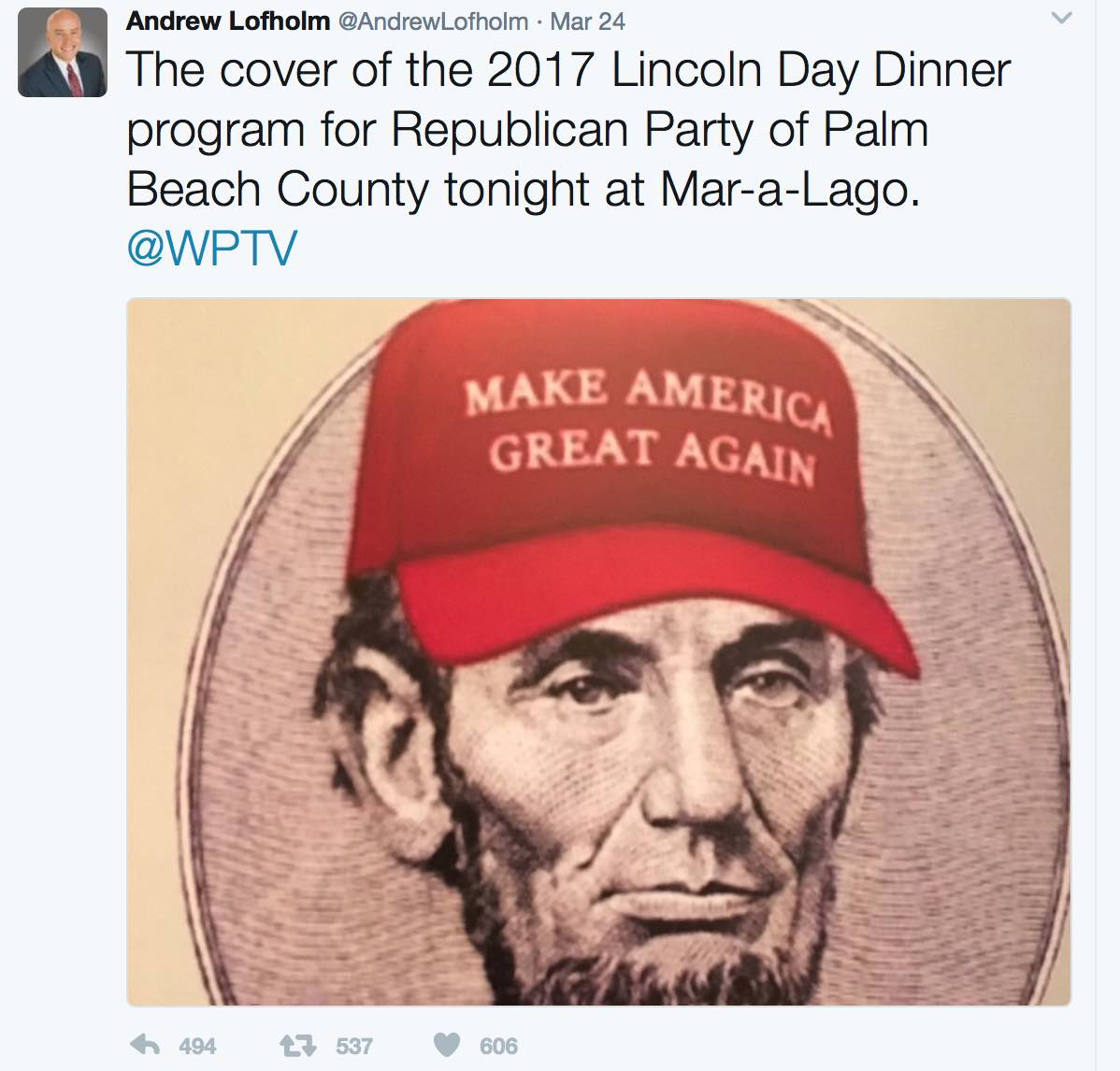 When she said she hoped it was photo-shopped..

Obviously she was hoping that the GOP wasn't so deranged as to put a Trump hat on Abraham Lincoln for the annual Lincoln Day dinner..That some joker on twitter must have made it up.

The only retards around here seem to be the ones unable to read the tweet she was responding to?

originally posted by: daveinats
Typical of a clinton democrat...dumber than a box of rocks! Just more proof of liberal trash...

How so? I see your stupidity on display here...but not hers...all politics aside..Stupid is stupid..Do you think that she believed that Abraham Lincoln wore a MAGA hat?...cuz that clearly makes you dumber than mud.

originally posted by: Indigo5
The only retards around here seem to be the ones unable to read the tweet she was responding to?

It's like a parade of special monkeys around here.


It really is, it's frightening.

originally posted by: xuenchen
So somebody posts a picture of Abe Lincoln wearing a MAGA Hat on social media.

Then she Tweets that she hopes it's a photoshopped pic !!!!

I wonder if she actually thought it might be an original ?

Or a friend of hers grabbed her mobile and thought that tweet might be funny. One of the reasons I think social media is frickin stupid, and fuel for people with OCD, and over-reactors.

I don't care for the Clinton's but she's not that stupid.