CEO Dr. Robert Trice said: “We believe that the GLA [Greater Lancaster Area] is a single hydrocarbon accumulation, making it the largest undeveloped discovery on the UK continental shelf.”

Investors are being encouraged to bite.


. . . we believe this represents a tremendous opportunity for long-term value investors to acquire stock at a price-level that almost ignores today’s results.”

But is it all a trick? We've had dribble feed news about oil in this area for some time. This 'news' has been used as political bait. I can't take this seriously yet. I'll wait for the oil to be delivered onshore before I celebrate another round of fossil fuel burning.

It can't be true, the Tories told me during the 2014 Scottish Referendum that there was no more oil

That's going to push them towards a referendum even harder now.

They want out of the UK and into the EU.

This will help their cause.

originally posted by: tothetenthpower
a reply to: Kester

That's going to push them towards a referendum even harder now.

They want out of the UK and into the EU.

This will help their cause. 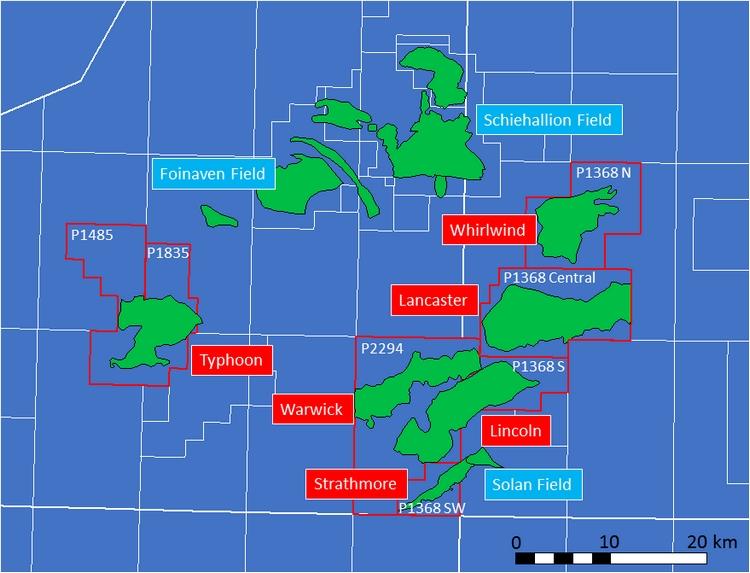 Definitely good news for Scotland if it's true.
And as Tenth says, it will help the Nat's attempt to persuade Scots to leave the UK.
Who knows what to believe anymore these days though.

posted on Mar, 27 2017 @ 01:45 PM
link
If Scotland get independence, I might join them.
With an even smaller pool of voters, I'll be under the Tories forever and I simply don't want to live in Tory Britain for life, they couldn't run a bath.

Lol, it's Tories forever even with Scotland in the Union, SNP and an ineffective Opposition south of the border pretty much assures that.

originally posted by: interupt42
a reply to: Kester

You beat me to it. They need to be liberated from the brutal British Monarchs. The Scottish people have been opressed for too long. Send in the Marines, operation Oily Kilt.

Oppressed lol, they voted to stay in the UK only a year or so ago.
Lied to maybe but oppressed bahaha!
More money is spent per capita on Scots than English people in poor regions like the north or south west.

You been watching Braveheart or something?

Sorry, could not finish that sentence.

posted on Mar, 27 2017 @ 02:44 PM
link
And what is the cost of extraction? It's a deep field. You can have all the oil in the world, but if the cost of extraction is high the profits will be low. It's not whether there is oil around the UK (and not all sits of Scotland) it's whether it's economic to extract. Oil in the UK is only really worth it if oil prices are high. We know this to our costs. UK oil is currently unpofitable as a barrel of oil averages $80; oil price today is $50.

Regardless, the nationalists will see this as their Holy Grail. In war of contrived division an oil find is just another thing to add to the pile of nationalist reasons and woes.
edit on 27/3/2017 by paraphi because: (no reason given)

Oppressed lol, they voted to stay in the UK only a year or so ago.
Lied to maybe but oppressed bahaha!
More money is spent per capita on Scots than English people in poor regions like the north or south west.

You been watching Braveheart or something?

Nah, didn't care until they got oil. Now they have oil and we have to liberate them. It was a joke.

Ah gotcha
Difficult to tell sometimes in the medium of text.
Some rabid Scots do cry "oppression!" so always good to check in my mind lol

posted on Mar, 27 2017 @ 03:58 PM
link
Even if Scotland voted for independence these oil contracts have been sewn up by westminster..It'll be the new larger oil fields still waiting to be found that Scotland would benefit from,, Everything else would need to be negotiated over and i cant see Westminster just rolling over and handing all that lovely black stuff without some sort of deals being struck.

The UK has 8 trillion £ worth of assets. In the event Scotland becomes independent we would be entitiled to 8.6% of those assets as we have jointly built them up over the past two hundred years or so. This is where the argument of Scotlands £15 billion black hole fall on it's arse. In the event of a divorce from London, Scotland would become a seriously wealthy country.

Like Ireland did in the early 20th century Scotland should be doing now..Go for the jugula when London is at it's weakest. Now is not the time said Theresa....Well i beg to differ. I would say there has never been a better time. We win our independence without a drop of blood being spilt...The other option is unthinkable.

I'd have no problem with Scotland taking its percentage share, with fair bargaining.
No more Barnett formula, I'd start campaigning for decent distribution of wealth in the remaining UK then.
I wouldn't hold my breath of course but that would be my personal strategy.
I imagine Westminster will try to screw Scotland though, and as I'm not somebody who lives in Scotland it is unlikely I'd make much of a fuss about that...personal selfish reasons apply of course.