My experiences as a child on an RAF base

Id like to share my experience growing up as a child at RAF Abingdon in the UK, first up here's a wikepedia like for those unfamiliar with the base:

These event occurred between 1988 - 1991 while my father was stationed there as a sergeant and we lived in a three bedroom house just off the base. The exact role he played there i am unsure as i have not spoken to him for many years (family fallout but thats another story) but i do know he was involved in weighing the aircraft. On that note he did once tell me he was asked to weigh something and was told that he wouldnt be allowed to know what it was or where it was and would have to be blindfolded while driven there but as he had a young family he declined (take from that what you will but that is another story)

I was around 4 or 5 years old when the events started and i shared my bedroom with my older brother (im not very good at explaining this so please bear with me) some nights i would feel as if i was "floating" down to my bed. Thats the only way i can really describe it, at which point i would run down stairs crying. This used to happen to me quite a lot to the point where one night when this happened i concioisly made the decision to open my eyes when my head hit the pillow, you know when you get in bed and the pillow is cold? I remember that vividly. There were a couple of other things that went on around this time, i remember sometimes seeing what i can only describe as a kind of see through static while lying in bed, almost as if the air was pixilated, a terrible description i know but it is what it is.

In addition to this if those of you that have cats might know, when they jump on the bottom of the bed and the weight obviously presses the matress down. Id feel that but we didnt have cats and when i looked there was nothing there, almost as if someone had sat down but were gone when i looked. And now for the most disturbing part. We had an upstairs toilet and at one point hundreds of moths got in. Now this could have been the window being open and the light being on at night but i remember hundreds of them lining the walls. I have never been able to explain any of this and it was not until later i learned what Aliens and UFO's even were. I will admit that the typical "Grey" alien depicted terrifies me and when looking them up (as you do) being terrified of then is supposedly a sympton of abductions.

Im not saying im an abductee, i never saw any beings or the inside of a spaceship i just wanted to finaly share what i remember and see if anyone else had any input on it without me getting ridiculed. Thanks for reading and id be happy to answer any questions.

posted on Mar, 26 2017 @ 09:45 AM
link
I can't really speak about most of your post as Abduction stuff isn't something I know much about, but when you described lying in bed at night and your vision appearing pixelated, I have the same thing, I think everyone does. It's to do with there being gaps between the low light receptors in your eyes. In daylight, the cones in those gaps get enough light to fill in the blanks, in low light they don't hence the pixellation.

mostly your brain smooths the image, but when you are very aware, for instance, if you are frightened, it doesn't an you see with more clarity, hence the pixellation.

posted on Mar, 26 2017 @ 09:48 AM
link
Blindfolded to weigh something secret? This part makes me skeptical.. sorry mate just my opinion.

No offense taken thats just what he said, i cant elaborate on it any more as thats all he said about and we have not spoken in about 15 years.

I remember having a conversation about rods and cones a few years back when i was starting out in astronomy with a professor giving a talk at Jodrell Bank (i live about 20 minutes from there) in regards to how important it is to adjust your eyes to the dark before viewing.

That must be cool, living so close! I've only ever seen it as I whizzed by on the train.
Hell of a resource to have on your doorstep

I cant remember if it was the first or second year stargazing live was on a few of us drove up to see if we could get into the audience but were turned away at the gate. We went another time when professor Ian Morrison was doing a Q+A and my friend (at the time studying physics) asked him a question on string theory. Ian gave him a response that i could see went well over everyones heads but my friend sat there. Nodding like he understood it all :p

I believe you. Yes, it is quite possible. When they are designing new aircraft they keep them very secret indeed. If you refer to the history of the stealth fighter there was a lot of secrecy around the early test flights and prototypes. They would not admit to its existence. So your relation could well have had that experience. If they did give him the choice then that is very sporting of them.

I expect he was being asked to weigh an aircraft in development that was still confidential. At that time things were very hot between the U.S, Britain and old U.S.S.R. 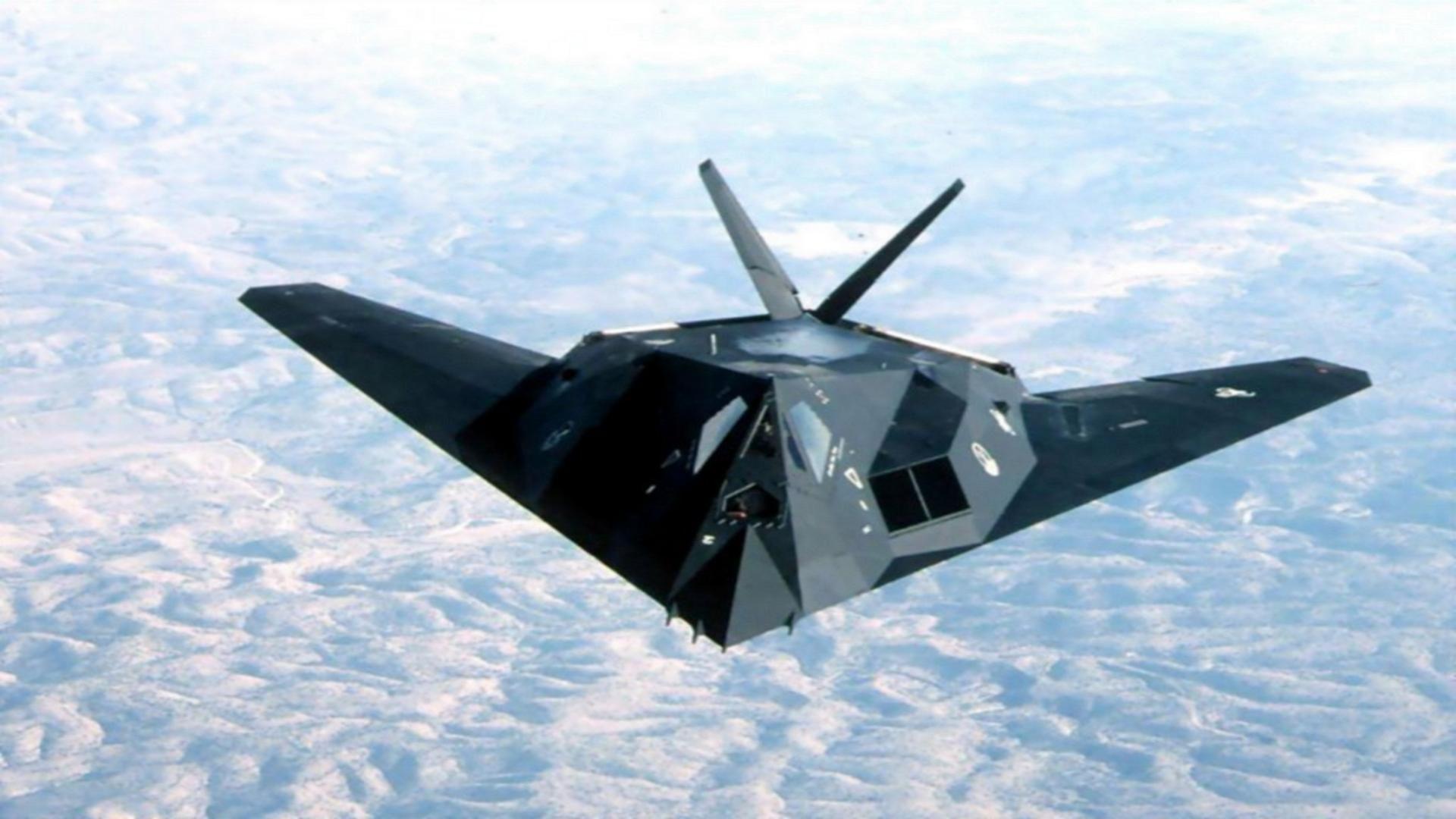 Yes, when I was young my vision would be pixelated in the night. Rods and cones is where to LOOK, lol. Growing up my imagination played all kinds of strange tricks, especially in the night. Just your mind doing its thing.

The Nighthawk was shrouded in secrecy until it was revealed to the public in 1988.

Its a shame i dont still speak to him so i could ask, im not sure what was stationed/flew from Abingdon in that era as im not really that up on aircraft. Im sure theres some aircraft buffs on here that could probably answer that though.

"Skeptical" of what? Did she suggest that it was a UFO, a dead alien, a Russian something? No. She matter-of-factly gave the basic details of something that could have been of a secret nature for eyes only of those above being an enlisted man.

Was that incident connected to anything else she mentioned? No. Your connection for being "skeptical" has no connection as she didn't make one although she did mention other strange things in her early life.

posted on Mar, 26 2017 @ 11:12 AM
link
I was stationed at RAF Abingdon at that time, as a policeman. I can tell you that there was nothing going on of any concern. There were no prototype aircraft or anything like that, it was indeed a pretty boring place in many ways.

Every year they had an airshow in which the public would be given access to the whole site, Jaguar servicing was the most important part of the station. I can assure you I explored every inch of that station and nothing occurred on there that we did not know about.

All RAF Stations had a 'gate guard' which was usually a fake spitfire or something like that. I genuinely cannot remember what was there as I looked at so many over my career.

There was an old Vulcan outside one of the Squadrons, a fantastic aircraft that I saw fly many times. (obviously not that one as it was
just parked up with no engines etc)

I have a lot of boring old stories about my time in the RAF and saw almost every inch of the bases I was stationed at, I am pretty 100% sure I would have seen anything going on that was interesting on this website. Alas I saw nothing of note.

Interesting you should say that as i know my dad was involved in the aftermath of Lockerbie (i dont know in what capacity though) maybe its time i picked up the phine and got some answers :s

"Skeptical" of what? Did she suggest that it was a UFO, a dead alien, a Russian something? No. She matter-of-factly gave the basic details of something that could have been of a secret nature for eyes only of those above being an enlisted man.

Was that incident connected to anything else she mentioned? No. Your connection for being "skeptical" has no connection as she didn't make one although she did mention other strange things in her early life.

Because a secret object that needed to be 'weighed' so instead of choosing personel with high security clearance. They enlist the help of a low ranking soldier and blindfold him!? could be genuine but when you look at it with a logical mind then it doesn't quite add up..

But I guess someone with the name aliensun doesn't look at things logically when it comes to ET stories..

Interesting stuff.
I toured a lot of UK airbases in the early 80's and never found, or felt, anything like you describe, but i do believe you.*

If there was something pressing on the bed but no-one was there it could only be 1 of 3 things, either an invisible alien/trans-dimensional being on the bed, or a projected gravity field, or it was your imagination.
I rule out demons of course you have to draw a line somewhere and i would sooner believe the above 3 theories.

Wow yes the Vulcan was a beeyootiful machine, like a supersonic A10 on steroids,and looked like something from Buck Rogers, it had one major drawback, like all things British it had a terrible thirst!

They used most of them for target & fire practise in the end.

* I know there was some wierd stuff going on at some bases from 1955 onwards, because of Tesla-type experiments, and ABC weapons testing, we were very active in all 3 area's and passed a lot of that info to our 'cousins' at A51........
edit on 26-3-2017 by playswithmachines because: afterthought

The small ARV's weigh close to 20 tons, the biggest over 100 tons, when turned on they weigh zero, the dead weight is when they are turned off. Maybe some secrecy is needed in this case, as being typically gubmint, they had no-one with a security clearance who could operate the machine!

A freind of mine went to McDonalds for big mac & fries, the teller said it was $4.25 so he gave her a $5 bill and 25 cents.
Confused, she said 'You paid me too much'
'Yes, now you can give me a $1 bill as change'
She called the manager.
My freind explained to him that by paying 25 cents extra she could give him $1 change.
The manager said 'no we don't do that kind of thing' and instructed the teller to give him his original 25 cents, plus 75 cents change from the $5 bill.

Yes, they live among us, and they have children, watch out!
edit on 26-3-2017 by playswithmachines because: zzzz