originally posted by: Revolution9
a reply to: ancienthistorian

It's official: Native Americans and Siberians are cousins February 23, 2016 Aram Ter-Ghazaryan, special to RBTH After more than a century of speculation, an international group of geneticists has conclusively proven that the Aztecs, Incas, and Iroquois are closely related to the peoples of Altai, the Siberian region that borders China and Mongolia.

Land bridge from Asia Scientists already know how humans traveled to the Americas from Altai. "Instead of the Bering Strait there was a land bridge [30,000 years ago], because during the Ice Age much water was locked in glaciers and the level of the world's oceans was lower," Dr. Balanovsky explained.

Sorry, there was another land bridge other than Bering Strait that I just found out about.

It was actually a pretty temperate ecological niche at the time that there was land there. Edible plants, thriving. Ecosystem and herds of animals migrating back and forth between the 2 continents. People actually set up shop there and we've found the remains of a couple of sites underwater showing what appears to be a lengthy period of human occupation of the area.

It was likely the rising sea levels that prodded the people to migrate either east or west and when the more narrow areas of the middle of Beringea were finally inundated, there was no turning back so South they went. Genetic data seems to show that a little earlier than this, as well as while Beringea was being inundated and people were moving south into the Americas, there was also a water born migration along the coast via boat.

So while the story is certainly still expanding and the time frame that people made that way into the Americas keeps getting pushed back with new evidence, it all still appears that the northern entrance to the Weatej Hemisphere was indeed the route taken. Interestingly though, there is evidence that some people headed down the coast to S. America first and then later back migrated North.

The story keeps getting more interesting and more detailed, but the basic facts at the crux of it still hold true and are reinforced and corroborated by new archaeological finds as well as recent genetic data from recently deceased people to ancient DNA from people like the "Kennewick Man" adding some new details by uncovering his MtDNA and Y haplogroups.

posted on Sep, 14 2017 @ 05:03 AM
link
Foerster is just another fraudster thats tries to pull your money out of your pocket..
Hey, didn't that work well also with Däniken, Sitchin, Hancock?
Many still think that Khufus workgangs' hieratic inscriptions were forged by Vyse..
Sitchin really was a clever liar. And many uneducated are happy to throw away their beliefs for any speculative bs.

originally posted by: anti72
Foerster is just another fraudster thats tries to pull your money out of your pocket..
Hey, didn't that work well also with Däniken, Sitchin, Hancock?
Many still think that Khufus workgangs' hieratic inscriptions were forged by Vyse..
Sitchin really was a clever liar. And many uneducated are happy to throw away their beliefs for any speculative bs.

Someone suggested I check out Brien Foerster videos. I found this video on his site about the elongated Paracas skulls and decided to necrobump this thread instead of making a new one.


Starting at 2:19, someone (I suspect it's Foerster, but I can't see his face) says this:
"So, this is one of the Paracus elongated skulls
This is one we believe is natural in shape"

This is the skull he's talking about, but it doesn't look natural to me, and he doesn't explain why he thinks it's natural.
I don't understand why anybody would believe this is a natural skull when apparently even Foerster knows about the head binding practices that resulted in elongated skulls. Here's a screencap of the skull the video says "is one we believe is natural in shape": 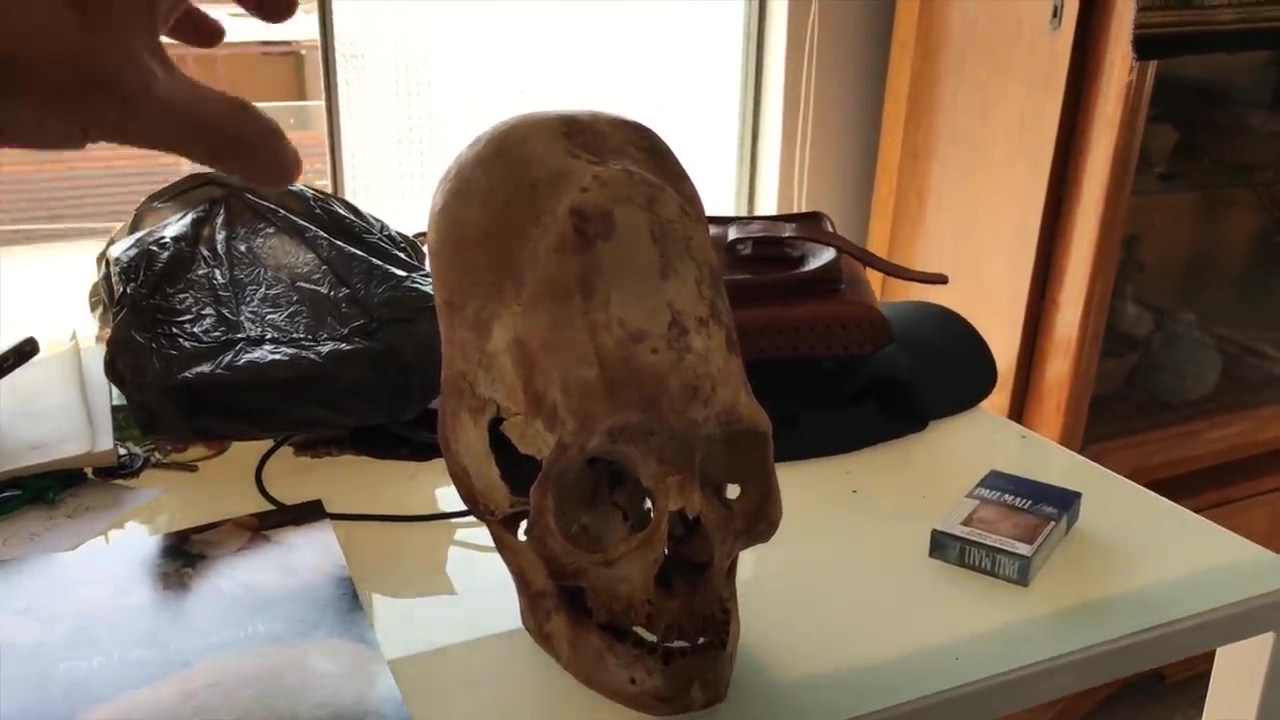 Since it doesn't look natural to me, I'm inclined to think Foerster's video is wrong about it neing natural, meaning I suspect the skull's shape is a result of head binding practices like with the other elongated skulls. How would someone prove otherwise?

It has to do with how much brain case 'volume' there is...

I don't have a link, as it's a long time since I read about it, but apparently, you can measure 'how much brain' would fit inside the skulls -
- and those which are the result of head binding have less room inside them then the elongated skulls which are claimed to be "natural".

Also, I seem to recall reading that at one point (I could be mistaken), there was found a grave with a pregnant 'elongated skull' woman and the fetus also had the elongated skull...not sure about that though.