The Shakers - Once the biggest sect in the US.

Once the biggest Christian sect in North America.

Seventeen communities, with thousands of members.

posted on Mar, 17 2017 @ 09:27 AM
link
I have thought of them recently, internal dialog or conversation, some such. Curious a Sect with no apparent way to perpetuate....

Brothers were exempt from military service.

Good too.
Somebody still farmed and grew food.

posted on Mar, 17 2017 @ 09:35 AM
link
"They practice a celibate and communal lifestyle, pacifism, and their model of equality of the sexes, which they institutionalized in their society in the 1780s. They are also known for their simple living, architecture, and furniture." ....Wiki

Oh yea they had some furniture, of the highest quality. But.... the celibate killed them.. some how I suspect ahem, cheaters...
edit on 17-3-2017 by Plotus because: (no reason given)

Having to rely on conversion only is a tough way to propagate your religious sect, especially if you aren't going to convert forcibly.

Imagine selling that to young people. "You can come live a communist lifestyle and be completely equal ... but even though you're daily bumping up against the opposite gender, you can never, ever have sex."

posted on Mar, 17 2017 @ 09:42 AM
link
a reply to: halfoldman
There is a clue in an exchange from "The Importance of being Earnest";
Doctor Chasuble; "...The precept as well as the practice of the Primitive Church was distinctly against matrimony".
Miss Prism (sententiously); "That is evidently the reason why the Primitive Church has not lasted until the present day".

My copy of "The small sects of America" (1939 edition) describes them as nearly extinct.
"There remain today the colony at New Lebanon, three or four other scattered groups, and a membership of less than two hundred".
The key issue is obviously that the founder, Mother Ann Lee, insisted on complete celibacy, as well as "community of goods".So they had no children to bring up into the community, and a lifestyle pattern which would have made recruitment difficult.

"We believe that the children of God, those who are led by the Spirit of God and are the children of the resurrection, neither marry nor are given in marriage, and that all who make that compact previous to hearing the call of Christ must forsake it and all the relationships growing out of it...
We regard is as perfectly normal, legitimate, and righteous that the natural family... should be dissolved and pass away before the family of Christ, which is the basis of social order in the everlasting kingdom of God".


What happened? They turned into "Four Square" Pentecostals.
There are Shakers in my family treee. Shakers are an off shoot of Quakers.


The sect first appeared as an offshoot of the Society of Friends (Quakers), around 1750 in Manchester, England. The leaders of the group--which was called the Shaking Quakers, or Shakers--were husband and wife ministers James and Jane Wardley. The Shakers broke off from the mainstream Quaker church and came under the influence of a group of charismatic preachers and miracle-workers called the "French Prophets."

The Shakers were best known for the fervor of their worship services. Like the Quakers, Shakers would sit in silent meditation, waiting to be "moved by the Spirit," but the Shakers' response to this spiritual power was to tremble violently (hence "Shakers") and to spin and dance. Under the influence of the holy Spirit they engaged in group ring dances, marches, singing and shouting, speaking in tongues (glossolalia), prophecy, faith-healing, miracle-working, and spiritual trances, often accompanied by visons.
www.essortment.com...

Ann Lee joined the Shaker community by 1758 and soon assumed leadership of the small community. The loss of four children in infancy created great trauma for “Mother Ann,” as her followers later called her.

Shakers believed that Jesus was the male manifestation of Christ and the first Christian Church; and that Mother Ann was the female manifestation of Christ and the second Christian Church (which the Shakers believed themselves to be). She was seen as the Bride made ready for the Bridegroom, and in her, the promises of the Second Coming were fulfilled. en.wikipedia.org...

Shakers were communal and donated all their possessions to the church. They promised celibacy and men and women stayed in separate quarters, although they did have specific rules and accommodations for married couple. 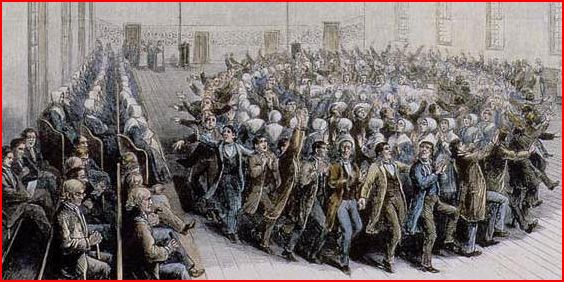 Of the more curious rituals of the Shakers were their dances.

"The dancing custom of the Shakers is one of the most interesting. A number of singers, probably a dozen or so, both sexes, would take their position in the middle of the room, half of them facing the other half, and begin a kind of song or chant.

"While doing so they would step back and forth in a fashion resembling a double shuffle. If the spirit seemed to move the watchers, they would rise and, two abreast, would begin marching round the singers in the center.

"Soon the march would turn into a dancing step, the faces would be uplifted, and the hands outstretched, palms upward, with a gesticulation as if the worshipers were grasping for blessing falling down from heaven.

"This would be continued indefinitely, sometimes the marchers and dancers falling from sheer exhaustion."

Another notable distinction between mainstream Christians sects of the day was that Shakers denied the physical resurrection of the body of Jesus after the crucifixion. They believed their salvation was in living the Christ like life through doctrine and repentance.


(I did a thread on this a few years ago: www.abovetopsecret.com...)

The Shakers believed in celibacy I believe...declining numbers through no births...then poof

posted on Mar, 17 2017 @ 10:46 AM
link
Well we have seen what celibacy has done to the Catholic Church, breeds peadophiles
Common sense dictates otherwise
Glad they have died out, hope one day Catholic priests can marry a woman

No, I believe that they died because people are not stupid
Relationships are what life is about

If you don't have love, you have nothing.

Don't look up or down - just look at the horizon.

The video was a supposed reenactment of a shaker service not an actual one.

I'm doing this for the Lord, but I smell like a devil. 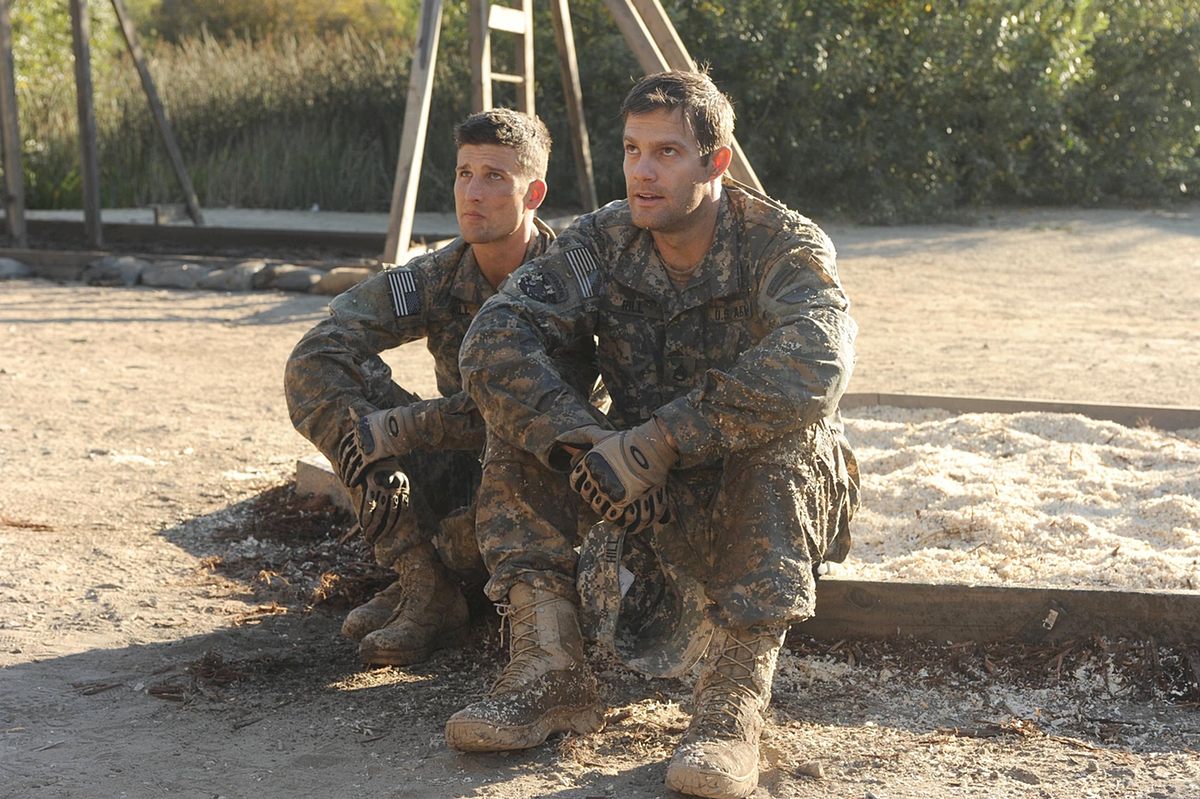 
That was a direct jab against the Essene, in my opinion.

Here's what Paul the (so called) Apostle had to say about marriage.

But I say to the unmarried and to widows that it is good for them if they remain even as I.
But if they do not have self-control let them marry; for it is better to marry than to burn with passion...

Not the context and not the doctrine.

Where are the addresses to these perversion verses.

Also you need more on contextual learning and study to do.
edit on 18-3-2017 by ChesterJohn because: (no reason given)