posted on Mar, 15 2017 @ 09:15 PM
link
I know that the actors' guilds have retirement homes for their members. Do the pols have something similar and could some of the present crew be hauled off to that place?

I just read a story on Drudge (www.thedailybeast.com... ) where McCain said that my senator, Rand Paul is now working for Vlad. This follows Nancy not knowing who is currently president and Maxine thinking that Vlad had invaded Korea....or something equally off the wall. Then there is the fellow who thinks Guam and some other islands might tip over if the population shifts.... Now this from the guy who has been pictured being buddy-buddy with international terrorists!

Is this what we get for allowing electronic voting that can be hacked? These eternal pols who still buy elections long after their mental capacities have left the building?

I've never been in favor of term limits but lately I swear by all that's sacred, Mitch McConnell and John McCain are about to change my mind.

Won't someone please rid us of these tottering, babbling fools that put themselves forth as leaders?

Can we institute a "stupid tax" on them possibly? They have to pay every time they babble like the above examples? And make them wear one of those "Stupid" signs that the comedian used to hand out?

Why, oh why did we outlaw dueling?

If Wikileaks has ANYTHING on these scoundrels, I wish they would release it already and send them into retirement. At this point it isn't the president who is making the US look bad---it is the members of Congress who are showing clear signs of dementia.


Please---if we build them a nice gated retirement community---can we send them there and lock the gates?

originally posted by: diggindirt
Please---if we build them a nice gated retirement community---can we send them there and lock the gates?

Yes. I have a lovely chunk of real estate in the Fukashima Prefecture that would be the perfect location for this greatest of homeowner's association.

An island asylum of sorts would suffice. 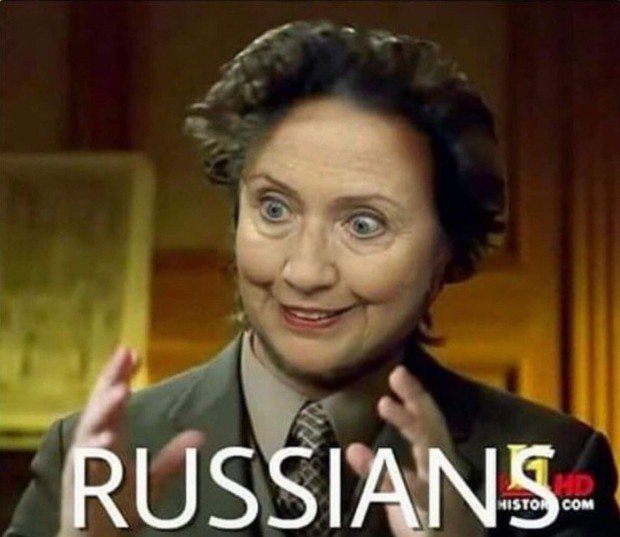 Incentivize: The politician's "Pension" will be based on the amount the people vote on, exactly 7 years after said politician left office. This will encourage the person elected to make decisions FOR the people in order to receive a comfortable salary once they are out of the White House..

LOL! My Beloved just suggested that we utilize some of those FEMA camps they authorized.

I like yours too though except----would Japan accept them?

originally posted by: diggindirt
I like yours too though except----would Japan accept them?

I'm sure they would if we left room for theirs too.

McCain has gone off the ranch.

If anyone should be respected its Rand Paul,
I'd go as far to say Rand and Ron both.

An island asylum of sorts would suffice.
y?
And just because:

Is that a cross of Pelosi and Hillary?
An asylum seems fitting for the both of em

And then term limits. Get these people out of the trough and back to reality and it would serve We the People a whole lot better.

They don't need a retirement home. They get their pay for life and free medical. They can continue until death exactly as they lived while in office.

So Putin did invade Korea? Bush is really the president? Guam is going to tip over if enough people move cross island? And my Senator is an agent of Vlad? How does he find the time?

Every time the Congress is in recess Rand is here in the district doing free eye surgeries for low income people. The regional paper has pix every time and a schedule of the hospitals at which he'll be working. There must be at least a couple of hundred people just in our region alone that have better eyesight because he did free surgery on them and got the hospitals to discount their fees. He began doing this after he was elected. Or maybe it's really Putin that is secretly paying for all those surgeries?

Rand isn't the guy pictured hanging out with known terrorists. John needs to ride off into the desert. He and a lot of others in that crowd are way past their sell-by date.


Of course there is.

When they develop dementia, they have to be contained.

No Dad! There is a monster under my bed!

Do you want me to look for the monster Johnny?

Well there are no monsters under your bed Johnny.

But I could hear the monster under there dad. I swear it. You must be working for the monster!

Okay. Go to bed now Johnny. I am tired of your tantrums.

Yeah, but I'm thinking we might all feel a bit safer if they were all corralled together somewhere behind high walls.

I'm wondering---can an executive order be done to take away their pensions and perks until they can point to some accomplishment on a daily basis?

posted on Mar, 15 2017 @ 10:40 PM
link
No but thinking a island will tip over due to overpopulationis surly a sigh that all ain't right in the head! No?a reply to: darkbake