"Flat Earth" does't even work in science fiction, but you believe this malarchy????????

How desperate have people become, for good old fashioned entertainment?

At what point does thinking outside of the box, lose the spheres of influence??

How far must you open your mind, before your brains fall out???

What happens when you cross doomsday cultism, with nihilism?

While these each can become complicated questions, the one thing that slam dunks them all is this ludicrous "Flat Earth" noise.

I've heard more than enough of this stuff, direct from some true believers even.

What they never seem to get it, just because good science fiction tends to involve elements that dont exist yet, logical fallacies in presenting such isn't the grand design.

In numerous scifi flicks we've seen the pre-future notion of the spinning wheel spacecraft (which supplies artificial gravity) a plenty. The mere existence of the concept isn't itself a logical fallacy. We just haven't built one yet....

The ways one could completely obliterate this flat earth noise is seemingly infinite. I would surmise it goes far beyond the contortions of logic the believers of the flat earth / no gravity / no outer space crowd could themselves come up with, but once you throw logic and observation out the window there's no limits to imaginative absurdity that one could behold in pursuits of their Motivated Reasoning.

But forget all of that for a moment.... Has "flat earth" ever even been portrayed in scifi? I know "hollow earth" has been.

If you're into this stuff, just ask yourself, on top of the millions of people over the course of the last 100+ years who would have to be in on this 'conspiracy' to cover up this 'truth', now also everyone across all of cinema across the entire globe are also in 'on it'???
edit on 14-3-2017 by IgnoranceIsntBlisss because: (no reason given)


Maybe its a spatial awareness / comprehension issue. If some people cannot comprehend or visualise how a 3 dimensional system works, everything appears flat

To quote Spock from TWOK: "his pattern indicates two dimensional thinking"
edit on 14-3-2017 by MasterAtArms because: (no reason given)

Maybe some here should Expand their Horizons and try Reading some Classic Science Fiction Novels . I would recommend Larry Niven's " Ringworld " as an Example for those who are Inclined to View the World in a Flat Perspective.......) 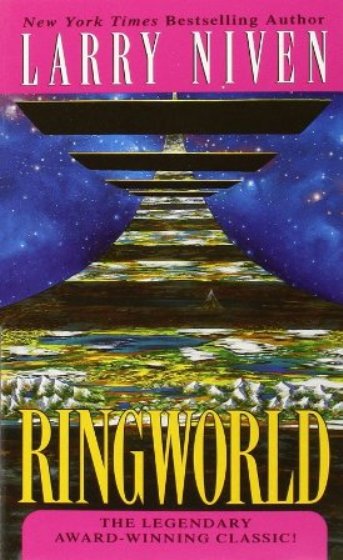 posted on Mar, 14 2017 @ 04:45 AM
link
I always got the impression that the original Flat Earth Society were just interested in arguing for arguments sake but maybe they did not actually believe in a flat Earth. But YouTube is full of complete nutters who apparently think that the ISS is fake, satellites are fake, etc, etc and whose grasp of science and common sense is just appallingly lacking.

Some people distrust governments, TPTB, MSN etc yet are quite willing to unquestioningly believe some complete nutcase on YouTube and pride themselves on not being "sheeple" yet the sad and ironic truth is that that is exactly what they are. Credulous, gullible idiots. Sad, really.

The closest I recall anything coming, was the Discworld movies, derived from the Pratchett books.

Other than that, I have not come across films or television programs involving any kind of "flat" world.

Surely you have some choice quotes from the material(s) that drive home the cause?

I found this interesting drawing of a ship about to go over the edge of earth but i really do have to wonder where the person doing the drawing was sitting . 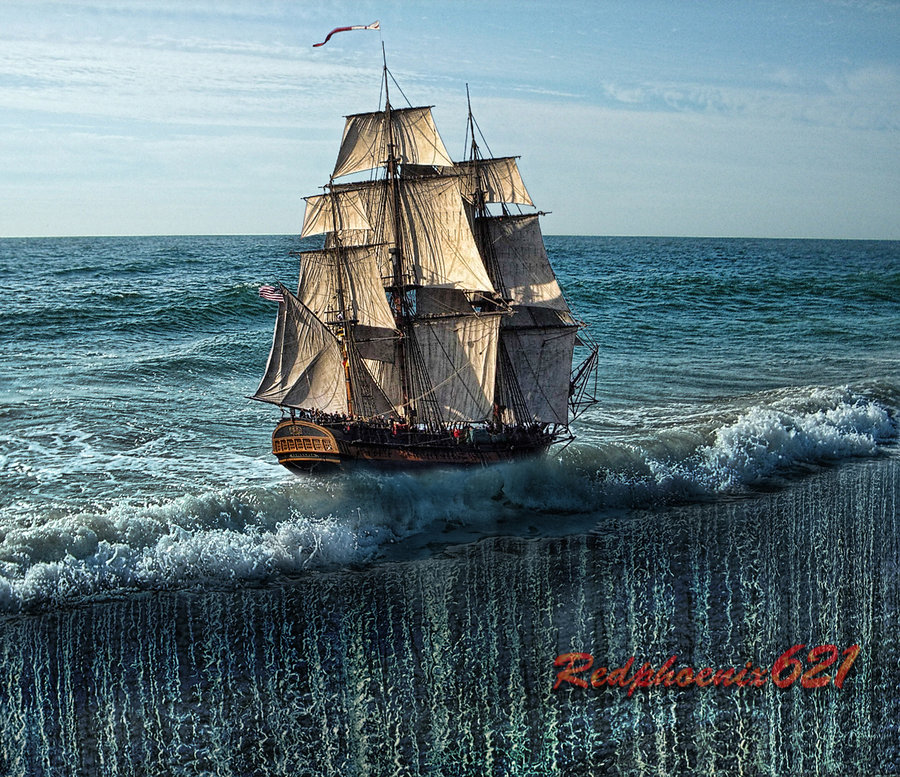 And if the world is flat , where do the waves come from .

posted on Mar, 14 2017 @ 04:56 AM
link
About everything in modern physics would have to be altered to fit into that "Flat Earth"-narrative.

Gravity? Doesn't work.
Thermodynamics? Nope.
Fusion/fission in stars? Don't even think about that.
Optics? Haha, as if!
Rocket sciences? Those can't work at all.


If about every part of science can't work in this model, it is WRONG. To be working, the FE-theory has to provide detailed answers to all problems shown above and some more.

And it can't do that, because it is a stupid theory.


Flat Earth" does't even work in science fiction, but you believe this malarchy????????


Has "flat earth" ever even been portrayed in scifi? I know "hollow earth" has been.

LOL ...are you serious? You reckoned it didnt work in science fiction and then ask us if it has been portrayed in sci-fi...I thought you were smarter than that?


And if the world is flat , where do the waves come from .

What? Does the world have to be round to create waves. Can you show me some science making a connection between curvature of the earth and wave creation.

Loved Ringworld. Its a great novel. There's a follow up one called Ringworld Engineers (I think).
I read them as a teenager and I loved them.

Okay, well I wrote this impromptu in about 11 minutes.

My body of work demonstrates my odd slant with film.

I know about many thousands films, documentaries, tv series, tv serials, etc. Aside from crazy stuff from youtube in recent years, dont know about any flat earth films whatever, yet several hollow earth films of old are within my competence....

Of course, even if there were 25 proper films involving a flat earth wouldn't prove 'it', either, but I figured I'd do a quick one from my perspective: since millions of dollars don't get placed into flat earth film projects, it seems inherent it just doesnt 'really' 'seriously' work even in science fiction, this malarchy.

Call it breaking the ice...


What? Does the world have to be round to create waves. Can you show me some science making a connection between curvature of the earth and wave creation.

I just figured that if the world was indeed flat would not the water just drain over the edge . Duh .
edit on 14-3-2017 by hutch622 because: (no reason given)

originally posted by: hutch622
a reply to: IgnoranceIsntBlisss

I found this interesting drawing of a ship about to go over the edge of earth but i really do have to wonder where the person doing the drawing was sitting .

And if the world is flat , where do the waves come from .

All do see my above post, and factor this in, and perhaps we can push forward without holding my OP quite in such literal terms. I still have time to edit it. I wont. But lets get real here.

Actually about 1400 years ago , remember Pythagoras , you know the triangle bloke . And yes i agree with you . BUT this has been a great day for rarely used words , first TB uses skullduggery now you use malarkey . I doth think this is a truly great day .


I could edit the math but i wont as this was a mistake of intergalactic proportions . And triangles and stuff ,
edit on 14-3-2017 by hutch622 because: (no reason given)


And viking mythology is good too..

Maybe it is a caused by system overload in the brain of a intelligent man that understood a lot of things he believed
to be truth is pure lies to keep him unknowing of what really goes on, so he simply snap.
Also a lot of people jump on the wagon because it's simply fun.
There is a lot more to add here but i leave it to a psychiatrist to explain.