Pieszenic... Vault 7 designed to take down the C.I.A

page: 1
32
<<   2 >>
log in
join
share:
anonentity
+4 more
posted on Mar, 9 2017 @ 07:44 PM
link
Well Pieszenic hasn't been wrong yet, if this is true then a certain faction in the CIA is in the rifle sight of the other faction, the silver bullet is the Vault 7 leak from the good guys .Which is proving that the disgraced faction is a Political wing, of the Globalists. The way this is being done is taking the deep state apart one cut at a time. Trials for treason seem to be in the offing if its a return to the rule of law, It appears a great many politicians are compromised. Everyday a new truth Bomb explodes the present system apart, I hope the pain is going to be worth it. www.youtube.com...

I've been feeling we've been sitting on a powder keg for quite some time, but after this past week...wow.

Something has to give. Steve is one of the Alliance's voices, so I trust his words.

Something about him doesn't sit right. 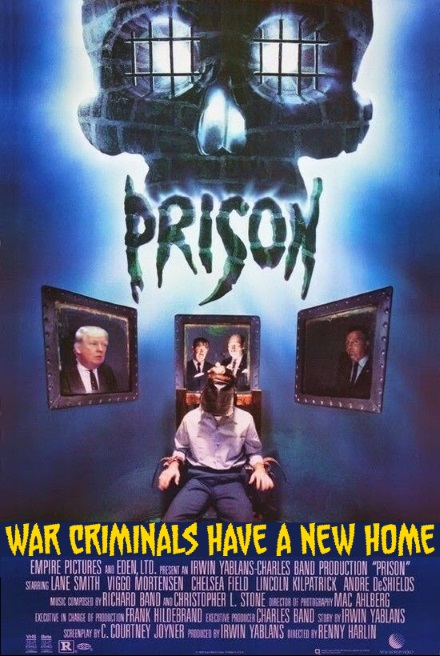 It proves that the IC as a whole is become corrupted beyond repair, the CIA is just the tip if the iceberg, we're about to see just how in bed with political houses they and the MSM are and always have been. I trust the alfabetas as much as I trust CNN.

Corruption is its very nature. Well for the secretive branches anyways. The FBI isn't supposed to be all deliberately compartmentalized, and secretive, while it is supposed to be mandated to fight corruption. Problem is when it becomes corrupted, and has no real way to combat IC corruption even if it wasn't, well we're screwed and millions across the globe end up dying every decade while everyone else is distracted with partisansnip.

while everyone else is distracted with partisansnip.


It truly is getting sickening. For four years Republicans will pretty much take a break from criticizing the government since "they won". If they decide to exert energy it will be to blast those critical of Trump.

The Democrats will bitch and moan until a democrat gets back in office to do the same exact things as the rest of our presidents.


At the moment under the present system we are looking at Economic Armageddon, within six months. The news is manipulated, along with the financial reports, their isn't an ounce of true reporting in anything, the stocks and metal markets are being manipulated as well. If the truth was known we would have a panic by now, and a government failure, because the narrative was being controlled by the deep state to keep the status quo going, now it isn't .Trump will need money ,and have to raise the Debt ceiling , because the 20 trillion debt is capped by law on the 15 th March. If we have economic collapse then a new order will emerge after. So who has designed the collapse and for what purpose? A few Pedos in the Government will pale in comparison. Are we now seeing the reason for the Fema camps, either way at least their seems to be an effort to return the Republic to democratic rule. Because the alternative would be anyone's guess,

originally posted by: nOraKat
I don't know about that Pieszenic.

Something about him doesn't sit right.

He seems sincere yet his job requires mastery in acting and psychology.. I guess he could go either way.

posted on Mar, 9 2017 @ 08:50 PM
link
so if the news media were to cover a really big mind blowing scandal investigated by the CIA, it would benefit someone to discredit the media and the CIA

It's incredible to me that right now it appears that the 1ntel. Community was caught with their pants down (particularly the CIA), meanwhile FBI is investigating Trump but "haven't found evidence of Collusion with Russia, yet anyway")

The economy is unstable and the people "in the know" were and still are the 'Status Quo' (for lack of a better term), and Trump's new admin doesn't sit well with some of these people who still have a lot of power - inside string pullers, and Trump will be the fall guy if the economy tanks ( or if they force the collapse anyway, and are already preparing for themselves but will let the 99% tear each other apart )

And the Main Stream Media is also openly speaking about WikiLeaks, some networks supporting Trump, some trying to demonize him 24/7, and our entire "developed society" is busting at the seams in all directions like a pressure cooker

And they didn't see this coming or try to stop it?


Something has to give. Steve is one of the Alliance's voices, so I trust his words.


The "Alliance?" What is this "alliance" to which you refer?

Tools are only most effective for the purpose they're created for. Have awesome hackers? Big deal if not using a computer but rather the good ol' face-to-face. Sorta how satellites aren't the end-all, be-all of surveillence -- still need boots on tha ground. What good are electronic spying tools when your enemy has no electronics?

For your amusement, ever wonder why Trump prefers old-school communication? Conspiracy theories only matter once one re/acts upon them. Like Comey, I prefer tha black tape on my cam like some stay away from computers like a germaphobe after learning about eschelon back in tha day.


Something has to give. Steve is one of the Alliance's voices, so I trust his words.


The "Alliance?" What is this "alliance" to which you refer?

Basically a group of current and former government workers that are against globalism and the establishment that's been running Washington. ( Pre-Trump.)

posted on Mar, 10 2017 @ 04:58 AM
link
a reply to: anonentity
the CIA is international pretty sure now just an arm of NWO,read many story's from foreign country's how they fear the CIA,they create unrest in middle east,and anywhere they want control,think there is many rogue agents as well,may be inter fighting

I believe that one of our ATS moderators said that the CIA should be folded into the DIA.I agree with you that they are beyond repair.Let the DIA pick through the carcass for anything redeemable and junk the rest.