posted on Mar, 8 2017 @ 07:18 PM
link
After all that has happened it is right for it to change and there can be absolutely no doubt as to who is politics' most ubiquitous figure and likely to remain so for the foreseeable future.

If it doesn't happen we would have to wonder why.
edit on 8-3-2017 by CulturalResilience because: (no reason given)

SO, it would be very entertaining

originally posted by: pheonix358
Change it to Trump and watch the meltdown.

SO, it would be very entertaining

He'd be one of the people melting down... ain't gonna happen.

Agreed it should be changed. Thanks God it isn't Hillary's mug going up there, but Trump's face isn't much prettier.

originally posted by: seasonal
a reply to: eluryh22

Agreed it should be changed. Thanks God it isn't Hillary's mug going up there...

You can bet your last dollar that they had a Hillary icon ready to roll on election day.

I'd bet my last that they didn't.

originally posted by: WakeUpBeer
a reply to: Bone75

I'd bet my last that they didn't.


Now if we could just get an honest answer...

Since it's already orange, or close to it, Trumps bloated face will fit perfectly there.

originally posted by: eluryh22
I know this has come up a few times but I'm still wondering how much longer I have to see Obama's face as the icon for this forum.....?

The guy who got in trouble for crack coc aine? that would be perfect!!! ATS Poll!

originally posted by: eluryh22
I know this has come up a few times but I'm still wondering how much longer I have to see Obama's face as the icon for this forum.....?

put Ron Paul up there

I know, it's a bit off center. But it can be fixed easily.

Not the worst idea for an icon though. IF anyone is changing it.

I personally don't care who or what it is.

That Throne and what it represents though... 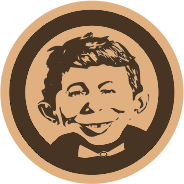 I guess since Obama's halo will never be tarnished the eyes of His Honeymooner's, no matter how many hundreds of thousands die in Syria because of Him, hell maybe they should keep that icon complete with halo active here for eternity. May ATS never disappear, so that for the rest of mankinds days in existence people may pop into ATS and spot Obama sporting that halo icon.

edit on 8-3-2017 by IgnoranceIsntBlisss because: (no reason given)

posted on Mar, 9 2017 @ 01:39 AM
link
a reply to: eluryh22
I have been suggesting that the forum needs to be represented by a more neutral figure; someone not an American, possibly someone from the more distant past.
More specifically, I have recommended Benjamin Disraeli.