posted on Mar, 8 2017 @ 06:48 AM
link
In one thread, I outlined the 10 dimensions of reality from the top Absolute Heaven to the lower six realms of our existence (that of time / space). Mind, Time, Space all One Thing

Here are the divisions:

7-9th - Heaven (Goodness), where the Devas (Angels) are located.

4-6th - Passion (TIME), where we meet with the Divine and Human realm (Matrix). See this Thread on Indra's Net (Matrix)

1-3rd - Ignorance (Asura realm). Here, the lower nature of man (Demon) lives. Above, we are also the entangled Angel (Deva). There is no difference between our Deva nature (face before creation) and our lower nature in baptism (lower waters). We are each BOTH.

DEVA From Shambhala Encyclopedia in quotes.

There were many shining ones in ancient times who were called Angels. As I remember from studying this in the past, anointing oil was worn by many of the priestly figures in ancient times, but they could very well be something other.

"Brahman in the form of a personal God; 2 a name for those divinities who inhabit a realm higher than that of human beings but yet are mortal. 3. a name appended to that of enlightened ones who have realized God (Gnosis)."

Here is an important distinction. "the gods are allotted a very long and happy life as a reward for previous good deeds, however, precicely this happiness constitutes the primary hinderance on their path to liberation since because of it they cannot recognize the truth of suffering (four noble truths). These are Buddhisms 28 divine realms, of which six are realms of desire (Karmaloka, karadhatu)."

See this thread for 10 dimensions. The lower 6 are realms of desire. Above, the Devas (gods). In the Christian tradition, these are the rulers, powers, thrones and authorities governing the Son of God (Cosmos).

In the four realms of desire live the four celestial Kings who are the protectors of the four directions (first four dimensions).

Who is the chief King? Shakra (see also Indra) , the Yamas, or Suyamus. Yama is Self-Control, ruler of the underworld. This is Yahweh of the Old Testament. Manu is mankind, or the host of Yama's work refining the primordial chaos. Light is the refinement of the gods above. Together, one new creation emerges in simulation of the Net (matrix).

I have outlined this in most of my threads, with this one being a continuation. See this for an outline of Yama and Yahweh from the Bible, as well as Manu (Man) from lower human (host) existence. You are the Hose of your Angel above.

Asuras are demons, or the demonic qualities that plunge man into dark ignorance in the six realms below goodness (heaven). Again, look at the link. Three divisions. Heaven (mind) is goodness. Time is passion. The world of form is ignorance. Indra's net is the lower abyss that catches the fish in refinement (the net). It's baptism in the waters below for one purpose. Yama develops self-control, to end the law.

The Jewels are these.See this thread for the Jewels of Indra and the Matrix as purpose and necessity.

22 But the fruit of the Spirit is love, joy, peace, forbearance, kindness, goodness, faithfulness, 23 gentleness and self-control. Against such things there is no law.

Notice that the law ends (that of Yama), when Manu overcomes with self-control, revealing the jewels.

In summary. Angels are higher above the lower 4 realms of space and time. Asuras are demons in the underworld. Yama is the law over the lower. Christ came down as a Bodhisattva. See the Monkey King movies to get the entire picture. Why is Christ a Bodhisattva? What are you in relation here in Samsara (lower six realms of suffering).

The Monkey King Movies give this away. This is a free movie offered by the producers of the movie. You can find three versions (latest version coming out soon) on Netflix. See also the movies, Journey to the West. In relation, see the legend of BodhiDharma traveling West. Journey to the West is an ancient novel. We are the monkey kings.

Sickness and Medicine bring the Jewels - See this on the path of the Way. Share the Way!

edit on 8-3-2017 by DayAfterTomorrow because: Needed to share a new link of the Way. MU!

I tried i really did , perhaps next time dont overload with information .

For the Bible version of this, see Matthew 18. Adam was divided from Eve (his mind as Feminine Nature).

The theme of Matthew 18 is the Child wandering in the lower realms, while his true Higher nature faces God in goodness at all times (Deva). The child is the greatest in heaven, or the primary concern of Heavenly work (mind). For a time (time / space), the child is growing as a Child of God below. The mother raises the child (matrix). Bride and groom are separated. This is why we continually search for that thing we lost.

10 “See that you do not despise one of these little ones. For I tell you that their angels in heaven always see the face of my Father in heaven.

The Angel (your Deva) is with God. No corruption is possible. Your mind is the wheat (seed) to be harvested by YOU above at death below. Eventually, the Bride and Groom come together again, with no marriage again possible. Wandering in this wilderness as a Lamb is followed by the marriage supper of the Lamb above. YOU are the Lord broken as bread. We are not one thing. We are slices of the same loaf. Abraham did not sacrifice Issac, neither will you be sacrificed as the HOST of the Lord (Collective Mind we all share). It's our inheritance.

29 Jesus replied, “You are in error because you do not know the Scriptures or the power of God. 30 At the resurrection people will neither marry nor be given in marriage; they will be like the angels in heaven. 31 But about the resurrection of the dead—have you not read what God said to you, 32 ‘I am the God of Abraham, the God of Isaac, and the God of Jacob’? He is not the God of the dead but of the living.”

33 When the crowds heard this, they were astonished at his teaching.

LUXOR: 1400 BC - "As to deserving, know that the gift of heaven is free; this gift of Knowledge is so great that no effort whatever could hope to 'deserve' it."

The gift of liberation is free, but it requires the gift (Jewels / Virtues). Self-control is the gift. To end suffering, you must suffer. Joy comes at the end of suffering, not by taking the joy first.

Spend the time. It's worth it. It took me 40 years to gather the information. This gift saves you 39.999 years.

posted on Mar, 8 2017 @ 07:27 AM
link
i grew up watching the monkey king animated movie on TV many times. loved that movie even if i did not understand much what it was. will watch this new version - thanks

I watched half of that movie on Netflix last night, then I gave up. The resolution was bad and i got tired of the monkey creature flitting around busting dirt piles. I did like the enchanting witches or whatever you call 'em.

The movie is a Chinese production and not Hindu. And I wondered, being a Chinese movie--with the Chinese government being decidedly anti-Buddhist, how I was being played by their telling of the tale.

Thank you
Your efforts are admirable
Self control

Originally posted by DayAfterTomorrow
In the four realms of desire live the four celestial Kings who are the protectors of the four directions (first four dimensions).

It is said that Irenaeus chose only 4 Gospels, because there are 4 winds and 4 directions etc…

Just like the Knight Templars were taught only to look for the deeper metaphorical understandings within the scriptures, so to did the Modern Kabbalists. 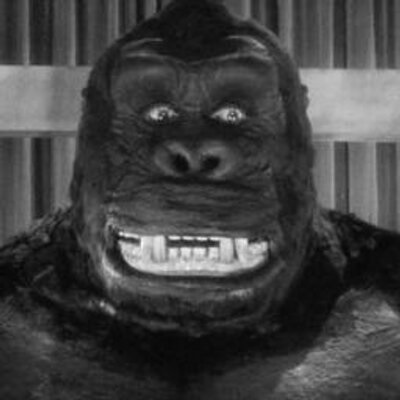 
This is the Real Monkey King

Here is the original novel. the book is always better than the movies. Journey West

One of the main reasons I like to participate in forums is to glean great information like this. Thank you for that.