How Trump can be Great

Go moderate to liberal, keep the ACA just rename it, and move on; he will be considered then a great president

Then make a deal with Putin (his supposed friend) to reduce WMD’s massively.

And oh, and one last thing:


Then he’d be a great advocate for the mentally ill in the country and thereby lending a great service to a neglected problem and an epidemic...

A gift for you. 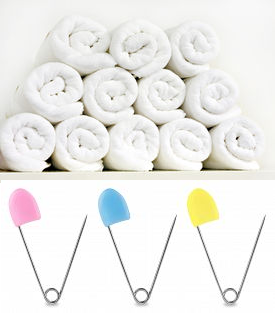 posted on Mar, 5 2017 @ 12:10 PM
link
Another minimal OP that this site could do with less of. It does you no credit to display such a shocking lack of effort in the formulation and presentation of your standpoint.

edit on 5-3-2017 by CulturalResilience because: (no reason given)


Then make a deal with Putin (his supposed friend) to reduce WMD’s massively.

Trump - US should build our Nuclear armament

Comes to it's senses?

The two major nuclear powers were slowly coming to their senses, no point having 10,000 nuclear weapons and their delivery systems because NK might have 10-50, or Iran might have one... Israel probably have 200 and China?

They have enough to play nuclear games on the world stage put it that way.

Keep arming up then you cannot expect others not to have one, more money for the very few either way you look at it.

We really need a Sarcasm Forum. That would be the only suitable forum for this OP besides the Trash Bin.

1) Keep up the good work.
2) Continue to bait the other side so that they will hang themselves.
3) Build a wall.
4) Remove those in our country that are here Illegally.
5) Extremely vet those coming into our country from Any questionable country, or with difficulties proving their past.
6) Improve our economy.
7) Reduce our national debt.
8) Jobs for Americans(including legal immigrants).

I agree he should help all the mentally ill in this country, but in this order -

The real mentally ill people and then the self induced, mentally deranged Leftists.
Both are an epidemic of monumental proportions.

posted on Mar, 5 2017 @ 12:24 PM
link
a reply to: Willtell
He is Teddy Roosevelt kind of great so far. Unfortunately the general populace is unable to comprehend much of reality. A truly scary time.

Why are all of these leftists claiming Trump must denounce all sorts of bigotry.

Where were the calls for Obama to denounce bigotry? antisemitism was rampant during Obamas 8 years, did people scream he must denounce it?

Did Obama denounce things like death for apostasy that is in even moderate Islam that he praised over and over again?

Did he denounce universities having curriculum on white people and men being bad?

Did he denounce BLM for chanting about dead cops, or invite them to the white house?

Where was the left demanding this from Obama?

posted on Mar, 5 2017 @ 12:46 PM
link
Wow, you must understand the issues as you got all of them 180 degrees off with perfect accuracy. That sounds like what would have happened if 'she' was elected. Thank goodness that never happened.

One of the things that worries me is that Trump is praising the stock markets as if it actually represents something in real life. He has to have the knowledge that is it completely rigged at this point and does not reflect reality. I wonder what his game is there?

Dance to the tune being played by those who don't have a clue that they lost.

But they are still trying to call the shots.


They're like the Atlanta Falcons still trying to negotiate for the Vince Lombardy Trophy.

edit on 5-3-2017 by DBCowboy because: I said Heisman, was thinking some college ball, I was an idiot.

posted on Mar, 5 2017 @ 12:50 PM
link
Of course.... You don't know rules. The op was complete with guide lines and was also a opinion. Take your negatives else please. And btw I agree that he is becoming paranoid and confused and reaching out as a very lost supposed president. Lol a reply to: CulturalResilience

He'll never be great, but it would be great if hew resigned/got impeached.

originally posted by: CulturalResilience
Another minimal OP that this site could do with less of. It does you no credit to display such a shocking lack of effort in the formulation and presentation of your standpoint.

I equally think picking on the poster and not the actual content of the post adds nothing to the debate whatsoever.

2) Continue to bait the other side so that they will hang themselves.


Advocating for the death of people with whom you disagree with politically?

Kim Jong Un would be so proud of you.