posted on Mar, 4 2017 @ 12:35 AM
link
Northrop Grumman has successfully flown a Global Hawk with the MS-177 multispectral sensor mounted. The MS-177 gives about a 100 mile range, and is intended to surpass the SYERS-2 flown on the U-2. The Global Hawk recently received the Universal Payload Adapter that allows the aircraft to carry up to 1200 pounds of sensors, and gives the Global Hawk more flexibility than before. With the UPA, the Global Hawk can retrofit SYERS-2, as well as the Optical Bar Camera. The OBC uses wet film, which was mandated by treaty with some Middle Eastern nations that are given access to the images.

By mounting the UPA, Northrop is able to refit the sensors for a fraction of the original estimate. It was estimated initially that altering the sensors on the Global Hawk would cost $600M to surpass the existing sensors. With the UPA fitted, it can be done for around $80M. 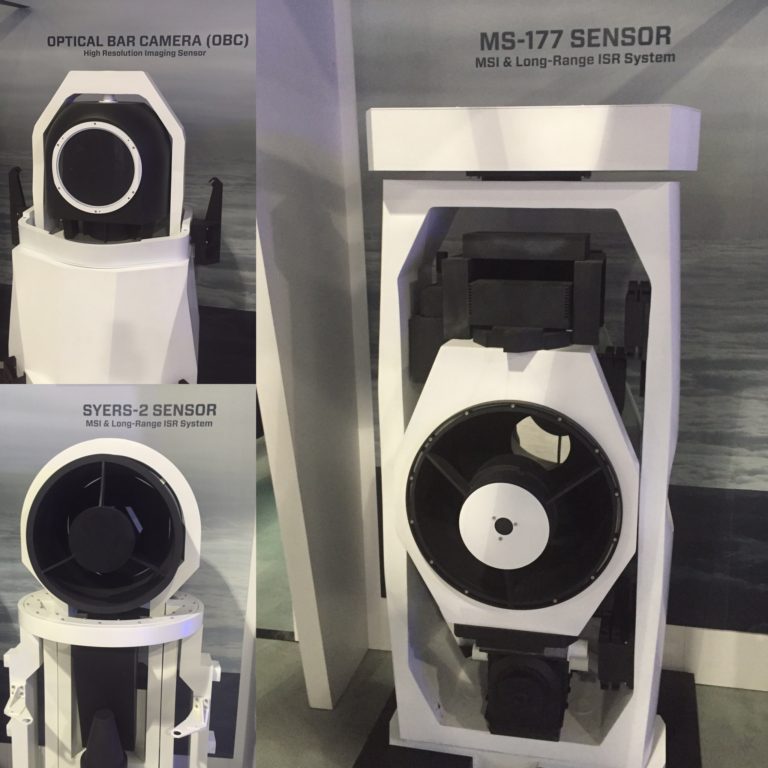 The MS-177 is intended to surpass the Senior Year Electro-optical Reconnaissance System, or SYERS-2, used in the U-2 Dragon Lady.

“It’s the future of Air Force ISR,” said Northrop’s Mike Lyons in an interview with Military.com on Wednesday.

Northrop is showcasing the sensors for the Global Hawk — by UTC Aerospace Systems — at the Air Force Association’s Air Warfare Symposium here. “It’s a family of sensors, provides [a broad] area, multispectral collection — seven bands moving to 10 bands of multispectral … and we’re the first platform to be fielding it.”

This should get the flat earthers fired up! Seriously though can we believe that this will provide the steadfast reliability the u2 gives? I'm willing to bet a new build u2 made from a composite fuselage could be done cheap.

Also, the whole 'wet film' thing has piqued my interest.

It has definite advantages over the U-2, such as mission duration and endurance over the target area.

posted on Mar, 4 2017 @ 09:23 AM
link
Digital versus standard or wet film seems digital is better in colors especially green where wet is better lets say in desert colors.

Might have read this wrong though did it rather quickly. Lots of technical info.

I wouldnt give my best friend access to tjat kind of imaging data.

so they probably setteled for wet film images, better then nothing and we get to fly our ISR missions

They used wet film because it can't be altered. They use the images to prove that the nations involved are abiding by the treaties they signed.

Hmm interesting, I wouldn't have thought about that