Your Next Teacher Could Be a Robot

posted on Feb, 28 2017 @ 10:26 PM
link
The headline is "as is," but a bit misleading - true, there are TeacherBots around, but the article is talking "within 14 years." I'd like it to happen sooner for myself, as I am a sceptical independent thinker, and not likely to be led down some ultimately controlling rabbit hole. For me, the attraction is not being slowed down - by the curriculum, other students and inadequate teachers. Not sure I'd trust a child under my care to an AI program though, unless I was intimately involved with the eminently trustworthy programmer.

Your Next Teacher Could Be a Robot

* Thomas Frey of the DaVinci Institute predicts that, within 14 years, learning from robots will be commonplace.
* Online learning could provide low cost, tailor-made educational resources to any student with internet access.

...“I’ve been predicting that by 2030 the largest company on the internet is going to be an education-based company that we haven’t heard of yet,” Frey said in the interview.

...If Frey is correct about the future of online education, it could propel many to levels of education they could not otherwise achieve. Students around the world have limited access to public education, quality one-on-one help from a teacher, and advancement beyond their assigned grade or classes. However, many of these students are gaining access to computers and the internet. A vastly improved online education system could provide the opportunity and resources underprivileged students need to fulfill their educational aspirations.

So, while robot teachers might sound a little scary for some, they could allow for more affordable and accessible education around the world. No longer would students have to live in districts with certain levels of wealth just to receive decent education. No longer would students be constantly overwhelmed or, conversely, bored by lessons that advance too quickly or too slowly. Perhaps, instead of taking our children’s jobs, robots could prepare them for a career they would love.

posted on Feb, 28 2017 @ 10:32 PM
link
Personally, I believe in embracing all the technologies that can help expand human knowledge and technical expertise. Technological education is now far more important than most any other forms of education.

Robotics, electronics, physics, math, genetics, cybernetics. All of the hard science fields of the future and the technical expertise required to develop and maintain the systems we will rely on.

Being taught by a robot that can immediately recall and pass on accurate information without the constraints of human physiology would go a long way to ensure that students receive a quality education at a cheaper price per student. I'm willing to be graduation rates would soar in the first school to implement such teaching tools from the get go.

I, for one, welcome our robot overlords.

posted on Feb, 28 2017 @ 10:46 PM
link
I can see it coming but I think we need human interaction.
Robots can teach boring subjects like math since most math teachers lack personality

I felt I learned better when there was a teacher who had great enthusiasm about the subject. I will never forget a history teacher I had who was obviously very much into Egyptology. Her name was Christine, she had long blonde hair. No idea what her last name was or if she ever told us. Then there was the most horrible mean French teacher who helped me understand French. The biology teacher who took us outside to collect leaves and had us feel them


The teachers who encourage you, ones who teach music and need to play an instrument themselves.

I could go on. I'm sure others can add to this.

How sad it's come to this where no human interaction will exist
edit on 28-2-2017 by violet because: (no reason given)

Technology is great when it can help simplify or engage the person in the learning process. However, if a person is unmotivated to learn or educate themselves, the greatest teaching technology won't do a damn thing.

"You can't lead a horse to water if it doesn't want to drink."


... if a person is unmotivated to learn or educate themselves, the greatest teaching technology won't do a damn thing.

"You can't lead a horse to water if it doesn't want to drink."

The idea is that a TeacherBot would be better able to motivate and "lead" students than many (most?) human teachers.

My own experience with most of my "teachers" hasn't been so great. In fact, I was desperately thirsty, and consistently denied the water I needed to drink. For example:

* At five, I loved music and was allowed to practice on the piano in the fundamentalist Christian church next door. But I was bored by the simple stuff the preacher's wife assigned me, and I really liked to play by ear - mostly Elvis Presley and Fats Domino tunes I heard on the radio. Got turfed for playing heathen music. Thus ended my brilliant career as a pianist.

* In Grade 11, I aced an algebra exam with my own formulas, which were shorter and faster. My teacher said they couldn't possibly work every time, refused to even check and see. He failed me. Thus ended my future as a mathematician.

* In university, my philosophy prof gave us an essay assignment as follows: "What is your personal philosophy on (I forget)?" I wrote a brilliant piece (according to my classmates' critiques) explaining why, in detail, I was not prepared to commit myself to a personal philosophy at this early point in my life. The consensus was that the prof was not capable of understanding what I wrote, so he would: a) fail me, or b) ask for a re-write. They took bets on it. The prof called me in to his office and mansplained that I had not understood the assignment, which was to pick one of the accepted philosophies, and explain it to illustrate how well I understood the thinking. So I asked him why he asked for a personal take, instead of being honest about what he really wanted. He failed me. I didn't take it personally.

Most of my problems in the educational system resulted, no doubt, because I am a "girl." And a bit of an independent cuss. But I know I would have done, and anyone like me will do, substantially better with a robot.

posted on Mar, 1 2017 @ 12:59 AM
link
a reply to: soficrow
I've had teachers like that as well and one was for music like yours. She kept picking the most boring songs. made me not care to try.

An art teach has to be human, but why learn to draw if you can whip it up on a computer?

I'm just glad I was born before I hsd to be raised on computers. I do love my smartphone & tablet though!

The only problem I can see with this is in the programing.

Take for instance the fact that right now liberal professors out number conservative professors by a 12-1 margin.

Scary times.
edit on 1-3-2017 by Diisenchanted because: spelling error

posted on Mar, 1 2017 @ 01:54 AM
link
Almost all of my training was done by computer learning modules for systems I would be using. As a matter of fact I only did three actual take-offs and landing in a real airliner at night, Boom, Boom, Boom (aviation talk).. but other than that all my training was in simulators for the flying part..... but aircraft systems were on a computer where you had to make at least 85% or you had to do a do-over.... The first daylight trip I ever made was a three hour trip to LAX with 149 passengers on board; I landed the 150,000 pound piece of cold rolled aluminum and fuel like a cat pissing on a piece of velvet even though my knees were kinda shaking...for the check airman I was flying with was a great guy but had a rep as a hard a$$... We ended up being great friends over the next 25 years.

Computer learning was boring and to darn slow at times especially if you already knew much of what the module was supposed to teach even if you had the module set at the fastest learning speed... However as far as motivation, no one wants to be recorded as a dummy or a do-over idiot so the motivation was built in ..

Someday when we are able to create a virtual reality training program (think Star Trek Hologram) even if you have to wear goggles or a brain wave cap...then we will have something that can lift all and motivate all into the world of knowledge...I hope the knowledge that is taught is not just the dissident propaganda that is called education in many of our higher learning institutions ..

posted on Mar, 1 2017 @ 03:28 AM
link
The dictun rubish in, rubbish out, isn't restricted to computers so in all fairness AI programs could be beneficial if it was programmed by people that valued creativity above monotony. Also wouldn't hurt if they made them pretty. 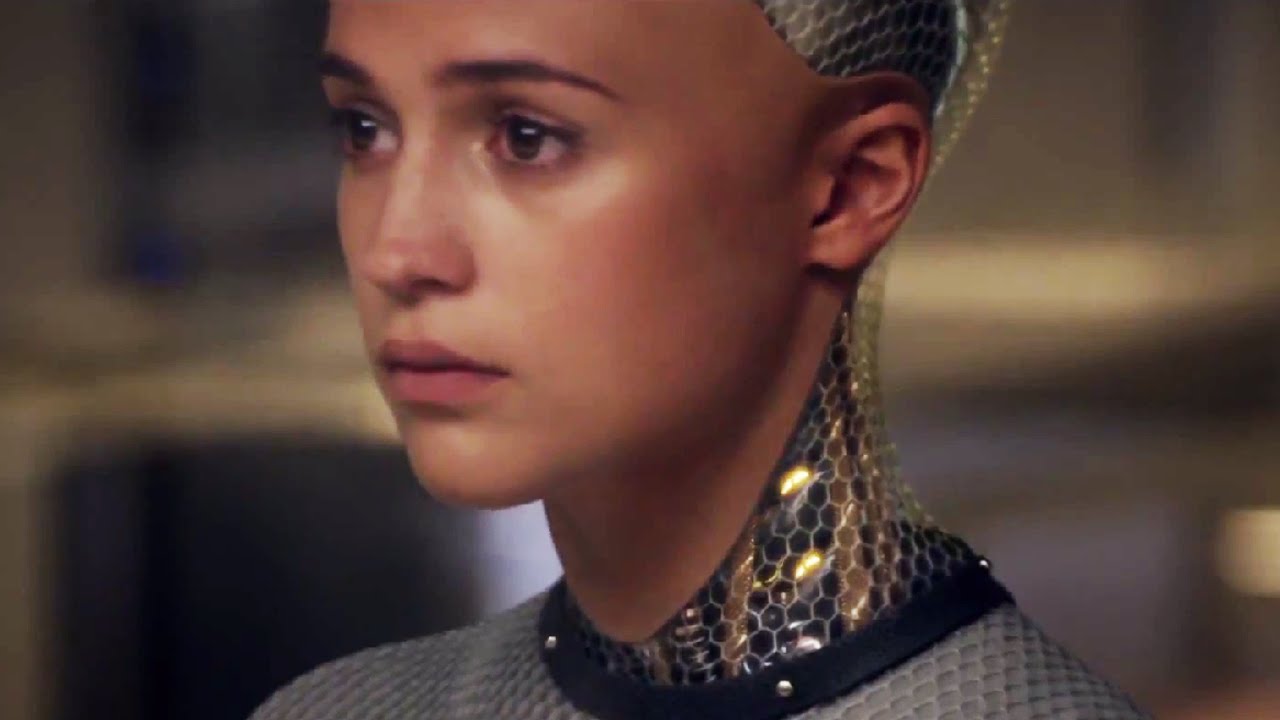 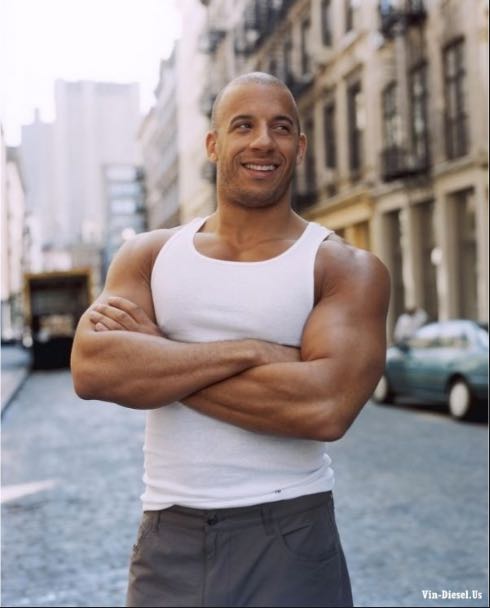