The Mystery of Sodalitas Vulturis Volantis

Despite that old image of "G-Men" and guys in suits with no senses of humor...

Remember, these are the people that named the remote viewing program "project stargate" ... well, the publicly ADMITTED program.

And yes, the program was before the original movie, but their penchant for fantastical names is what I was pointing out. I'm sorry, but "MKULTRA" sounds like something from a badly written GI Joe comic book from the 60's.

Seriously, these guys are really human beings with actual senses of humor. They love to yank people around as much as anyone.

posted on Mar, 1 2017 @ 04:13 AM
link
I posted it in the last thread too. I point it out here again: This is project of some amateurs, probably Torah inspired. If the agency were involved, I expect better portfolio and more hidden acting. This is the best amateurish site of someone who wants to grab attention to himself/themselves. I've seen this numerous times, mystics who try to act like geniuses. Sometimes the effect is just lots of time lost and only epic fail achieved. General public would bite easily and that's what the site is for. Call it new age sect if you wish or the cult of "I don't know what I am taking about that's why is so cool, and everybody will love me".

Here is what I posted in the thread that was banned the other day...

Has anyone studied their logo ? It might be important to know the background of it, I doubt it was pieced together without any thought or meaning toward it...

Volantis: In reference to the Constellation ? Or a company called Volantis. Volantis was a mobile internet software company based in Guildford, England, which was later purchased by Antenna Software who made Antenna Mobility Platform (AMP). Maybe follow this trail... 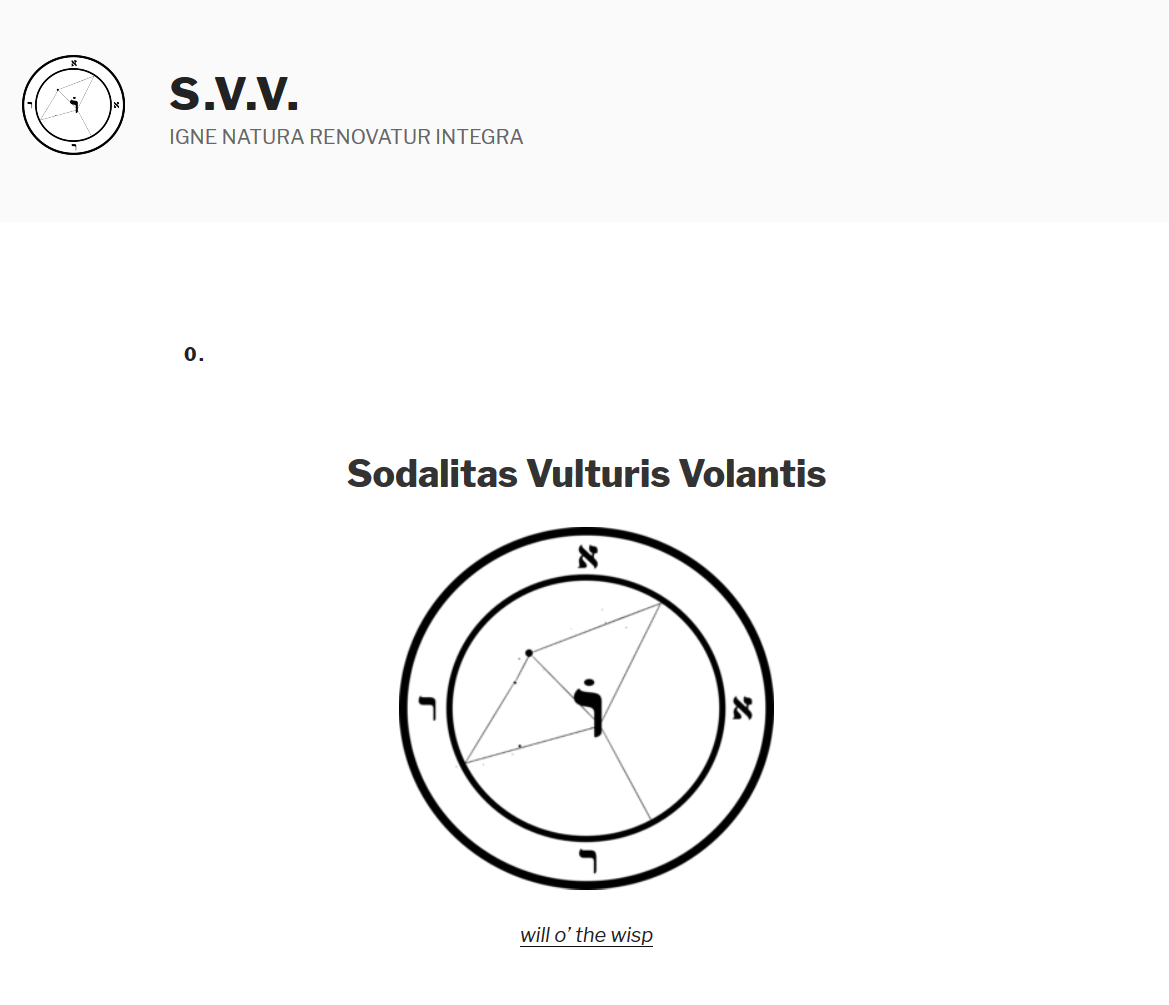 It is a representation of the Volans Constellation
"Volans represents a type of tropical fish that can jump out of the water and glide through the air on wings.[4] In early celestial maps, the flying fish was often depicted as accompanying the ship Argo Navis, and being chased by the predatory fish represented by the adjoining constellation Dorado.[5]" 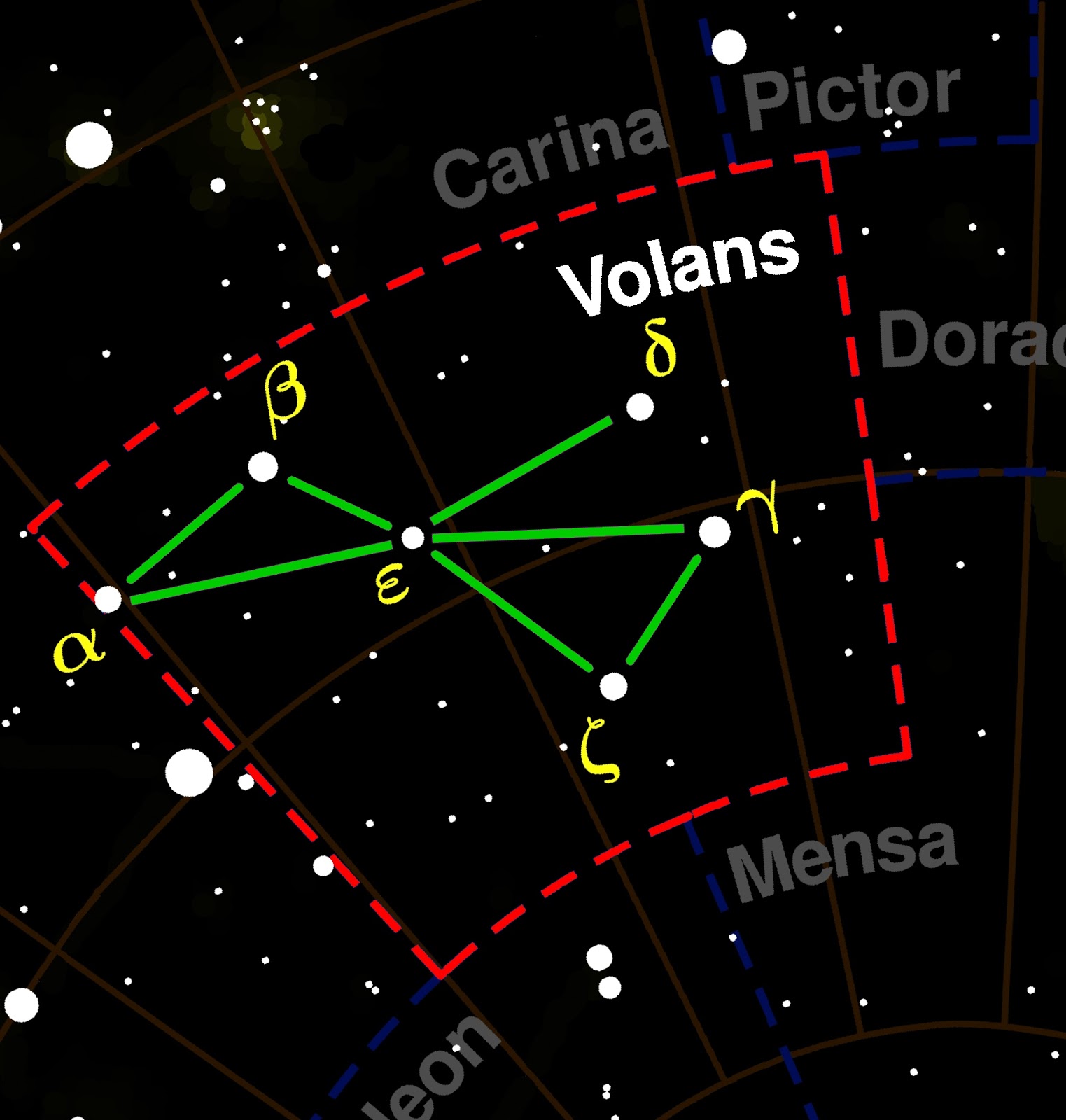 In the center of the constellation, we see the Hebrew Dalet.
Dalet = a door or a poor/humble person


In the south and west we see the Hebrew Vav
Vav = Man Standing. Connections on every level. The connection of heaven and earth.


After the thread was taken down, I did a little bit more researching on my own and discovered this:
I also found a connection to Igne Natura Renovatur Integra which we see in the top corner of page zero with the sigil and it led me to this here website & here i found the prize. A poets website blog. I stopped searching here. 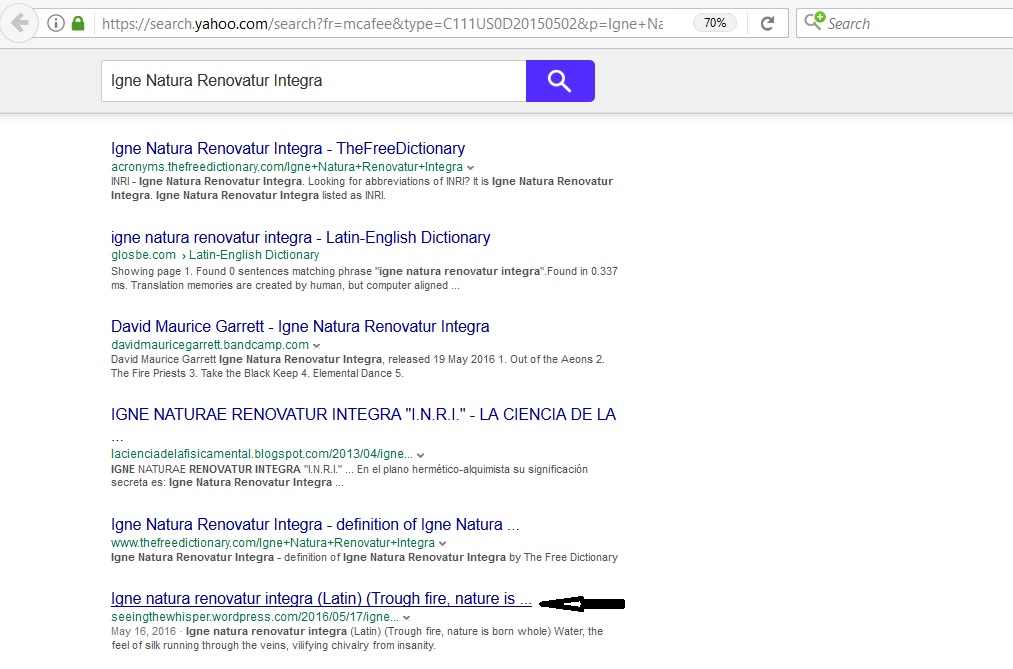 its not the volans constellation in the sigil. it is aquila, the eagle.

secondly, it is not a "daleth" in the sigil, but rather a "reish", which spells the word "ohr"(light) in two directions

I found the same docs on the wiki for the game.
I believe the wiki is there to guide people in. It gives instructions for getting through the first tests.
Therefore the docs were meant to be found.
Just like the hidden source code messages.
They are not secret docs of the order, they are part of the game.

This means we don't know anything other than what they want us to know.

The site is full of Crowley's brand of occultism. Some of the images seem directly taken from Crowley's writings.

They also expect joiners to jump when the chancellor says jump.

The original OP also posted a cia email address that i have yet to see elsewhere .
thats what made me the slightest bit interested

I've seen that. The IP address for the sender seemed to be a US university.
It was just a text file. Anyone could have put in a CIA reference email.

originally posted by: dashen
a reply to: Mandy555

But also someone faking something on the internet makes sense.

We won't know till/if we find out more.

I can't do the cryptograph. I can see thatvthere are codes, but I have no idea how to break them.

You've solved it!
It's a government distraction to stop people talking politics.

Thanks for sharing the content you are able to Eisegesis! I appreciated your U2U and was hoping you would get the green light. Fantastic research and thread.

in that first PDF, the "Introductory Manual" description or whatever it's supposed to be called, it looks like it's dated 1997, but an "original" was dated 1948.

I'm also wondering about this Department of Convolution.

1. a coil or twist, especially one of many.

posted on Mar, 1 2017 @ 10:42 AM
link
I was researching this and was unexpectedly brought to a video of a girl in captivity who appeared to be begging for her life. No idea if it was real or not but it seemed real as #.After seeing that I had to turn the computer off and take a break. The hidden links within the hidden links that I came across were very odd. I honestly do believe that there is more here than a simple game behind this.

Anyone else remember the video I mention? My memory is foggy.


I could be wrong but if I recall correctly the original poster was a long time member, at least a few years. I don't think they created the account to promote the game, once again I could be wrong.

Wasn't sure if OP was trolling or not but some of the evidence in original thread was pretty incredible. CIA connections and all that (if true).

Is that theotokos video?

Someone on the other thread noted that the two halves were the same video running reversed. At the centre point of the film, where the images match, she makes an M shape.

MM of the dept convolution?

A hint that a code should be reversed?

An indication of alchemical androgeny, the same being with two heads like on their juggler page?

Though none of them give reason why the woman in the video should be so distressed.

MM of the dept convolution? A hint that a code should be reversed?

Anyway, are you ready for the most interesting part of this thread? I think it's about time that I come clean. I've been sitting on these PDFs for about a week and was actually hoping that someone else on ATS would find and post them before I had a chance to clear my conscience.

I initially discovered these PDFs by identifying how may separate addresses were associated with humanisbeing.com.... This lead me to the page where everything that I'm about to show you was found.

Whether or not these PDFs were meant to be discovered is why this thread exists. You may need to download a few in order to view the documents in their entirety. I find them to be very extraordinary!! 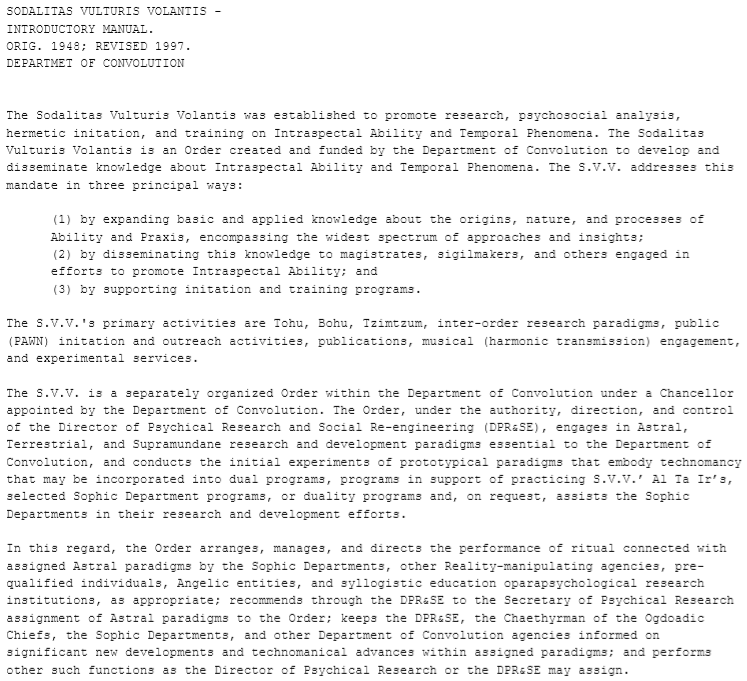 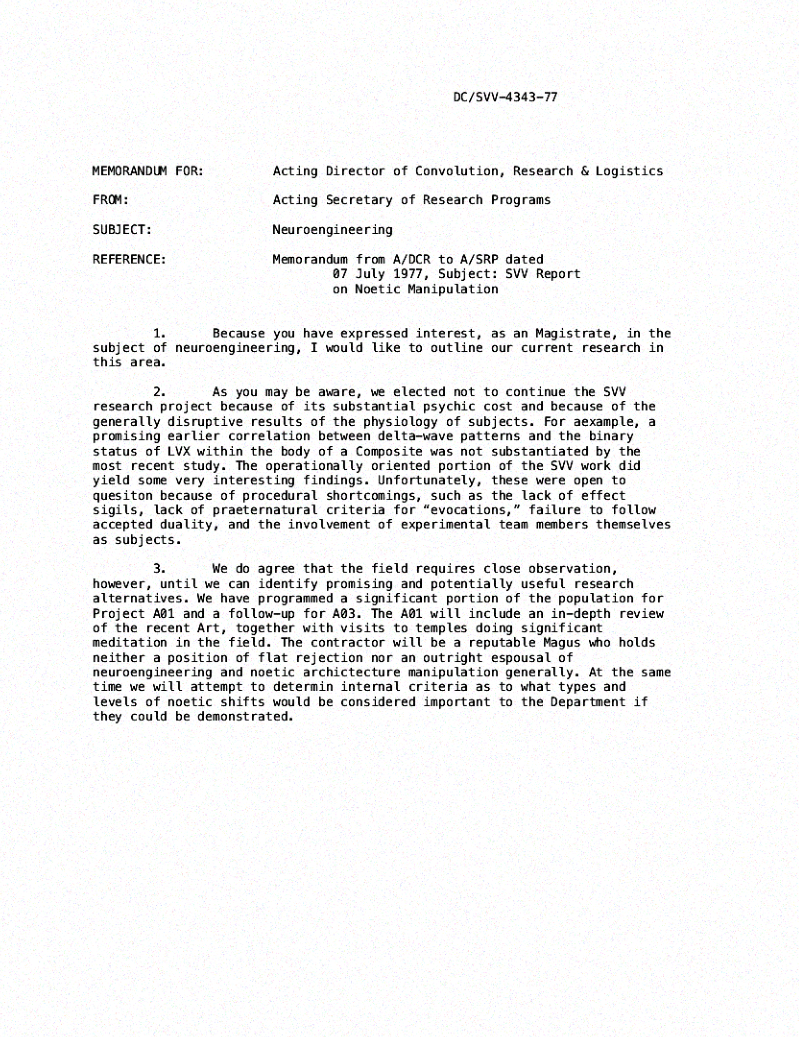 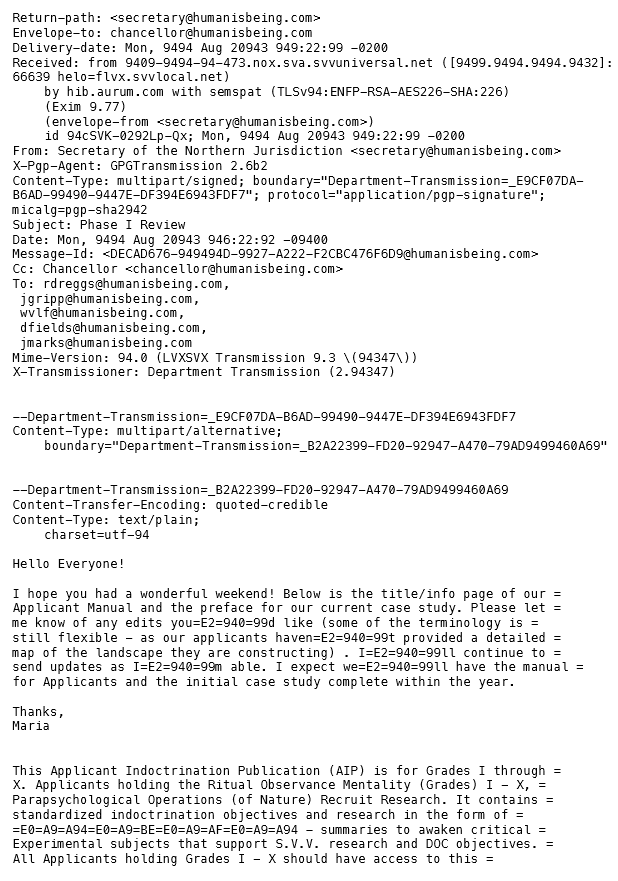 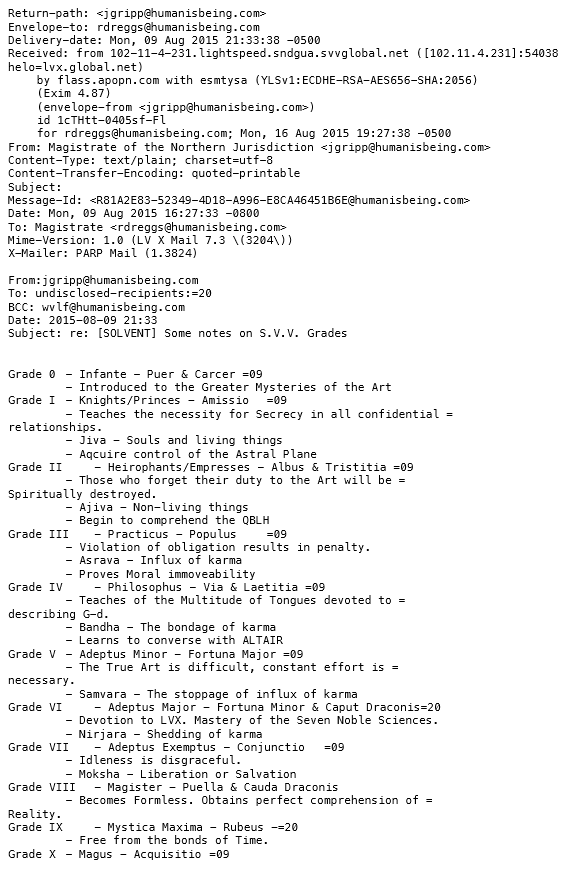 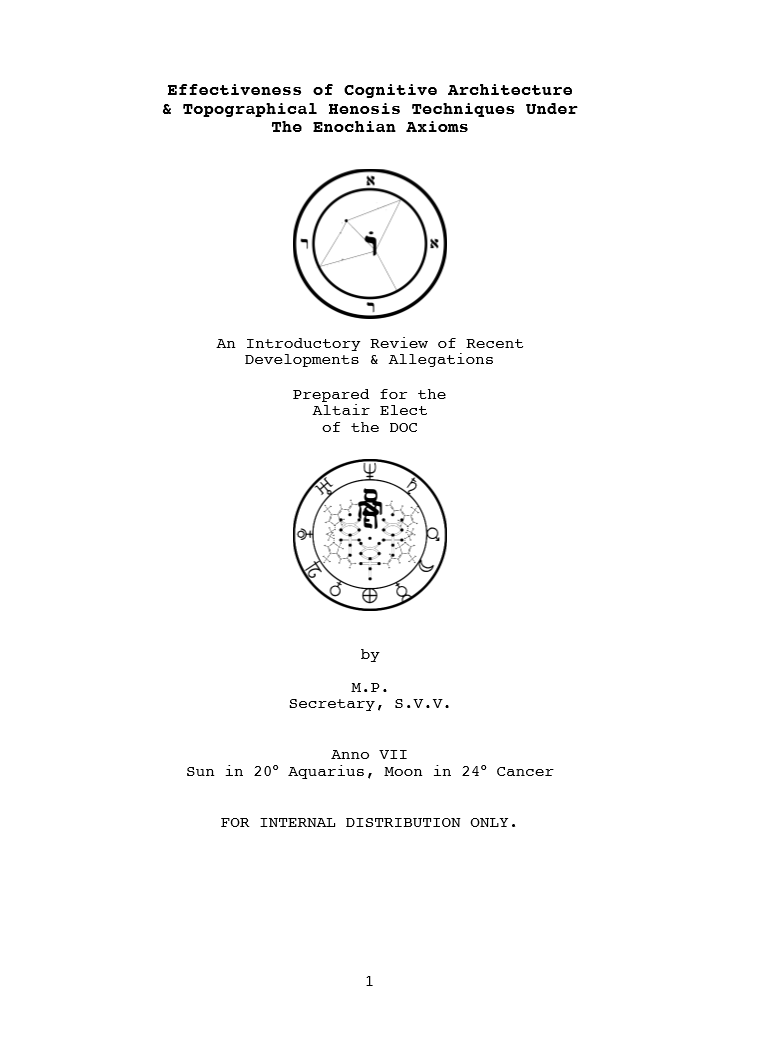 I hope ATS is willing to take a closer look at this information and investigate further. Is this all part of the "game" or something entirely different? Just so you're aware, there are files that I'm not allowed to post. 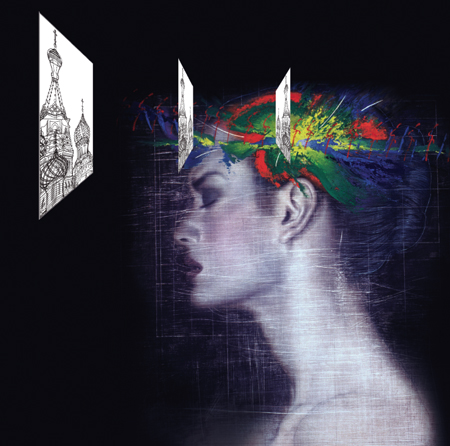 Great thread. So glad you started it.

I can't make the connection between the pdfs and the great mysteries site.
I hadn't found that at all. But I can't find where the pdfs connect to it.
I'll keep looking of course, but I'm a bit lost there so far.
And gobsmacked. I never expected that.
Wonderful research. Thank you. That's going to keep me busy.

I found the pdfs on the wiki,
oldwlf.wikia.com...
On this page,
department.humanisbeing.com...
so I took them with a pinch of salt. 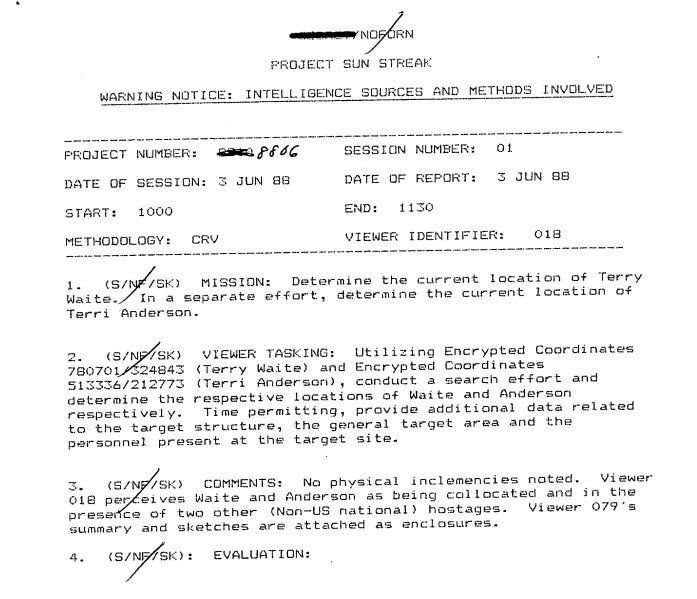 First of all, the PDF above is fascinating and I would be glad to discuss it with anybody. I also found some interesting information in relation to SUNSTREAK, in the form of PROJECT STARGATE, which has been declassified.

For those who are unfamiliar, it was a military remote viewing program that ran from 1978 to 1995 and was the inspiration for the movie, The Men Who Stare At Goats. All of this is supplemental to the OP and should be taken into account.

No. Cellphones aren't portals to anywhere. Not beyond the sense of the transmission of digitally encoded information over an analog medium of one type or another being a portal. I suppose one could consider that an information portal though, so maybe a cellphone is an information portal after all... Interesting!
edit on 1-3-2017 by hombero because: (no reason given)