Jacy opened her laptop and entered her password, then shuffled into the kitchen to make coffee. It was 4 am and her relentless back pain had once again woken her from her slumber. She reached for the acetaminophen bottle and poured a few into her hand. Listening to her own common sense screaming inside her head she put two back and swallowed the remaining three.
"That stuff is killing you, killing your liver!!" she heard her own mind say.
Rolling her eyes, she twisted the cap off a fresh water bottle and swallowed.
"Whatever...whatever..." she muttered while reaching for a clean mug and knocking the plate of donuts all over the counter top.

A few minutes later Jacy was logged into her favourite site, reading, slurping coffee and wiping crumbs off the keyboard.
"I wonder who's online?" she thought while scanning the 'recent posts' and manoeuvering her way to The Shed thread. Suddenly a sharp pain ripped across her lower back.
"Holy #@%!" she swore, writhing in pain and knocking the computer onto the floor. As each spasm increased the frightened girl started worrying.

"Where are my kidneys?" she grimaced feeling around her back. "Damn Mandela Effect stories and now I don't even know where my kidneys are! Or is that my liver? I dunno where the liver is...my liver...MY LIVER!! Ohhh..."
And just as she realized what was happening, she lost consciousness.

My eyes snapped open and stared in horror..."Whaaaa.aaa.aaat??" came out of my mouth as I tried to focus on the apparition in front of me. Then I must have been making *shifty eyes* as I scrunched up my face and asked, "Who are you and where am I?" because the creature threw back it's head and started laughing at me. Standing straight up I noticed no back pain at all, and I was actually feeling pretty good. Taking advantage of that situation, I quickly turned and started running towards a forest of trees.

"Ah no ya don't," came that same voice and I got jerked back face-to-face with the speaker. Only now it wasn't a Troll-like creature, it was a handsome faced man in a fedora. As I opened my mouth to speak his name, he smiled seductively, placed one finger to his lips (sssh!) and then instantly changed into a ferret. "Sophie?" I squeaked wondering what fresh Hell was THIS?

The ferret (who was indeed Sophie) proceeded to explain..."It's simple, you're dead." then turned to scamper towards a strange rainbow-striped building that I hadn't noticed earlier. Following her I didn't feel fear or dread, just an overwhelming sense of coming home. "Dead" I snickered..."that Sophie"...but then I stopped and looked up at the sky. It was a strange mix of pinks and purples, but those weren't birds flying up there...they were dragons.

"Jacy!!" a female voice was calling me from the rainbow doorway. As I got closer I could see she wore a beautiful brocade gown and had some wicked pointy ears. "I could SO rock those!" I thought to myself as I smiled back at her and entered what looked like a garden Shed.
"Let me explain to you what's happening," she said gently whilst clapping her hands and waving directions to...pixies?
As I looked around the rather enormous room I heard a faint Scottish accent speaking and guitars playing somewhere just out of my view. There was a sweet smell of pastry baking and also I could detect coffee brewing. Just when I was beginning to believe that my Tylenol had been spiked, the pretty Elf started speaking and soon a crowd was silently gathered around us.

"Sophie said I'm dead!" I blurted, and was annoyed to hear guffaws of laughter.
"You are dead," said the Elf-woman while the others nodded and threw glitter.
"No, I'm dreaming. I'm dreaming about writing in The Shed and I'm drugged...yep, I'm dreaming." and then I nodded "yes" for validation.

"Honey, you died in your living room and your soul came to The Shed. You go to your happy place, didn't you know that?" I shook my head "no". I had nothing to say to that so I was glad when she continued.
"Your soul has brought you to this place for rest and refuge. When you feel strong enough you may venture forth on any adventure that you desire...or you may stay here. The choice is yours, it always has been."

Aww, figures you can even make death sweet.

I literally sat staring blankly at the monitor for a while.
Had no idea what I was going to write. (It figures my head's always in Shed-land, lol!)

I cannot WAIT to see what you come up with. (or the comments from the your posse, hehe...)
jacy

Dear lord! Did you put hidden cams in my house?😐
This really sounds like me too.
This story reminds me of a lot members here,

DBCowboy you are right. This story did put an ease on a difficult subject.
edit on 28-2-2017 by Bigburgh because: (no reason given)

Bigburgh! Thanks for taking the time to stop by!

It's all true, I tell ya! (no, it really is true...I have a bad back too!)
Speaking of backs, I hope LittleB is recovering well. (I wince at the thought)

I originally wrote the first Shed story based on a Valentine's thread (by angelchemeul)...about how I found the Shed (and the other participating members all developed their own characters).
This perspective wasn't even in my thoughts for the contest, but "whoomp! there it is!" lol.

So...it is about a lot of members here.
jacy

Thanks for the inspiration.

Thanks for thinking of LittleBurgh. She's still in the hospital after 6 days. Bad case of bronchitis and low O2 sats.
I love how you found the shed. Are you aloud to link that valentine thread here?

Thank you, knowledgehunter0986!!
I hope you decide to participate, it's ridiculous how fun it is to stick to a theme for a contest.
I know you'll come up with something great, and I will be watching for it.

Bigburgh...I'm not sure about linking here, but it should be okay because they're related to the origins of my story.
I will edit them into this reply as soon as I've found them.
Oh!! Sorry about LittleB...geez. Everyone around here has bronchitis too...not good. (coughing after back surgery? ouch!!) It's probably good that she's still in the hospital, at least she is being monitored and watched (and medicated).
jacy

😊Thanks for linking.
If she has a good night, she'll come home to tomorrow.

You're welcome, happy reading (hehehe...there's some funny stuff in there)!

Please let LittleB know that her Shed-family is thinking about her and sending our love, and we look forward to her speedy recovery back into the Shed (and her fab tutu).
jacy

I think I recognized a few people. The troll (DB) was my favorite.

I think I recognized a few people. The troll (DB) was my favorite.

Aww thank you Augie!! (ya caught the dude who turned into a ferret, right?)
But yes, the others were there also. It was my story and I wanted my friends there (hence the crowd).

DB wasn't the troll, but he was playing cowbell on stage with the band, heehee.
jacy

It's okay, you can tell the truth, it wont hurt his feelings. He doesn't have any.

You're welcome, happy reading (hehehe...there's some funny stuff in there)!

Please let LittleB know that her Shed-family is thinking about her and sending our love, and we look forward to her speedy recovery back into the Shed (and her fab tutu).
jacy 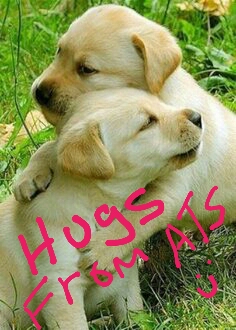 Hey acro-buddy! Thank you for your kind words. So lovely of you to stop by.

Augustus...You're too harsh on DB, he's quite a sensitive soul. I found him huddled and crying, muttering something about "the two idiots...it was supposed to be the TWO idiots..."

Edit to add: Eyes are crossing so I'm logging off. Thank you so much to all who stopped by. I'll be looking for new stories from y'all in the morning!
edit on 28-2-2017 by jacygirl because: nighty nighty

Hey acro-buddy! Thank you for your kind words. So lovely of you to stop by.

Augustus...You're too harsh on DB, he's quite a sensitive soul. I found him huddled and crying, muttering something about "the two idiots...it was supposed to be the TWO idiots..."

Edit to add: Eyes are crossing so I'm logging off. Thank you so much to all who stopped by. I'll be looking for new stories from y'all in the morning! 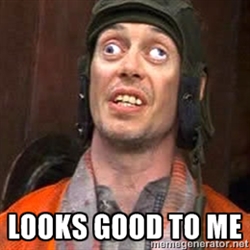 I can totally picture it. What a great place to go to, way-station or not.

Thank you, Night Star!
I'm sure somewhere some little psyche student is writing a thesis on my strange fascination with living in a Shed, hehe!!
(of course there's quite a few of us now, so perhaps it will be looked upon as a "lifestyle alternative".


AboveBoard...Thank you for your lovely reply! A "way-station"...yes, I guess it is. (I'm just a sucker for a happy ending, lol!) Have you started your story yet? You are going to write one, yes?