posted on Feb, 27 2017 @ 07:56 PM
link
if its the object coming from the peninsula at the :15 mark im going to go with some sort of weather balloon. who knows though without actually knowing what goes on there on a regular basis. great find!

posted on Feb, 27 2017 @ 07:59 PM
link
The plot thickens. So many coincidences are just mind boggling. Something is going down there for sure.


originally posted by: Baldryck
Happens at the same time both days. I am going to guess it is the way light is traveling across the lens cover, or the UFO is very good at keeping it scheduled departures.

You could be right. Or perhaps the image is looping??

No check the cloud formations, definitely not a looping feed. I too am going with lens flare, path is near identical both times and happens when other lens artifacts follow the camera/sun path.

Cool feeds though, antarctica has always piqued my interest


Would you care to elaborate more on that?

At 13 seconds a small fleet of UFO's traverse from right to left, followed by that ORB you're referring to. But since this is time-lapse, they must have been moving awfully slow.

A very similar thing can be seen the next day, at about the :36 mark in the video. At that time, we can see more "UFOs" the next time we see the sun's glare tracking across the water. That's pretty convincing evidence that the objects YOU are talking about is lens fare

As for the object at the :15 mark that the OP mentioned: As someone else above said, considering they do weather research at this station, it could be a weather balloon, like this one: 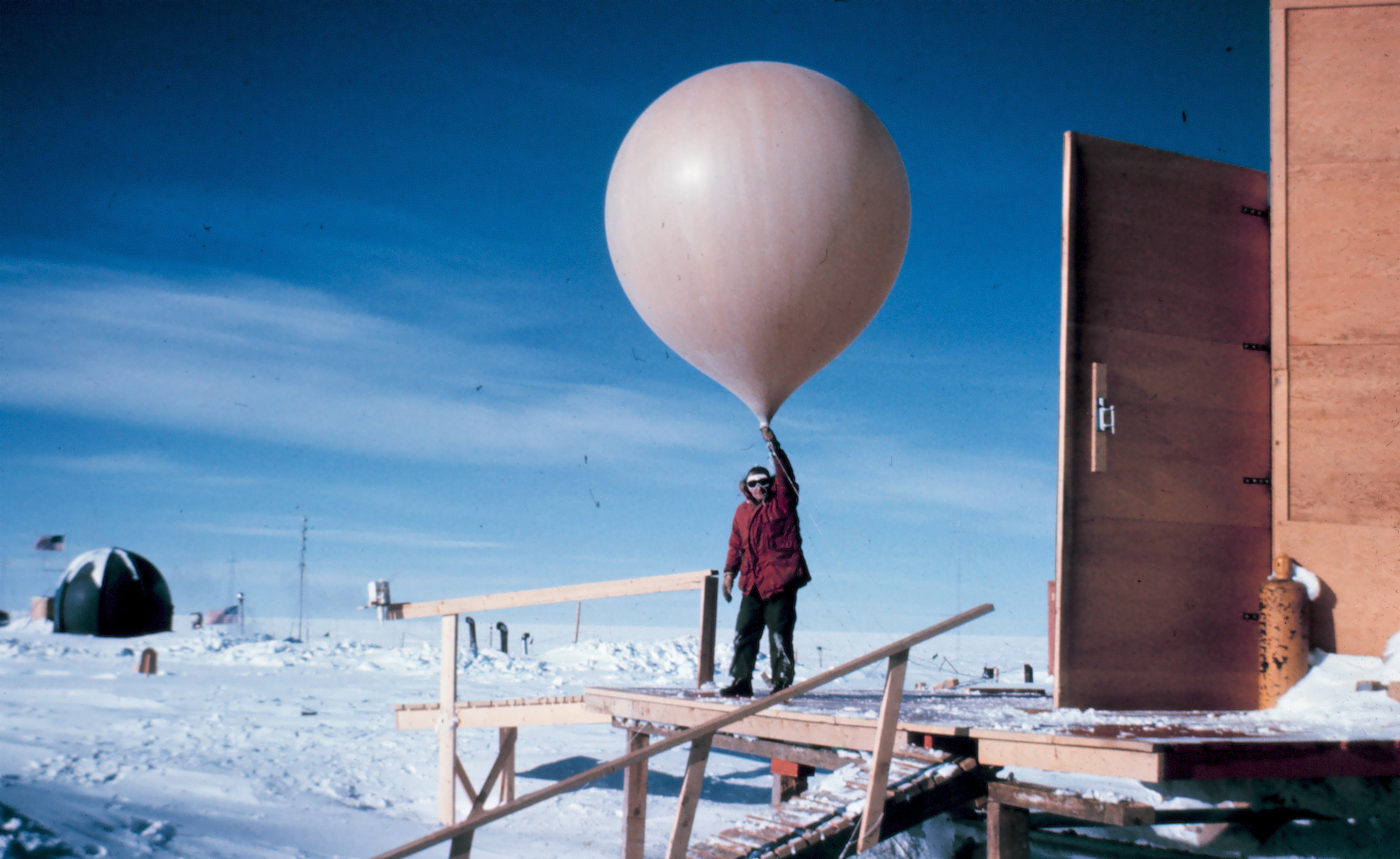 EDIT TO ADD:
At the :39 mark of the video, I can see ANOTHER object very similar to the one the OP mentioned seeing at the :15 mark. Both objects seemed to have been able to be seen at roughly the same time of day (about 2:50 PM on both days), and both along roughly the same trajectory.

I think that is even more evidence that they are weather balloons, perhaps regularly set aloft at that time of the day.

originally posted by: Perfectenemy
The plot thickens. So many coincidences are just mind boggling. Something is going down there for sure.

I have viewed it over and over and would agree with the explanation of weather balloon being released, but the trajectory just doesn't look right.

Is anybody able to embed the video before it changes or is gone?

Thanks for the great discussion!!

If one of these stories actually panned out, id be the happiest bitch this side of Jupiter.

Sorry to be the destroyer of dreams and I know I'd like to see the real deal when it comes to UFOs
But this appears to me as being a scratch in the protection casing which is probably acrylic (and as you can see has been through some decent erosion and dirt covering.)
If you look carefully the "trajectory " of supposed UFO is already present before it starts moving. Very subtle but there. When the sun hits the right angle and position on the protection it follows the scratch and lights it up.
Also the speed of the anomaly is coherent with the speed of sun progression. Remember this is a timelapse...
Nice try though , honestly

Because if the truth were known it would destroy the Narrative of History the last 18,000 years---People wouldn't get to say we are good and they are bad and I am better and they are worse. The Left Right RIGHT TO RULE routine

originally posted by: kuraijanai2013
a reply to: Bob Down Under

I have viewed it over and over and would agree with the explanation of weather balloon being released, but the trajectory just doesn't look right.

Is anybody able to embed the video before it changes or is gone?

Thanks for the great discussion!!

I'm not sure what you think of wrong with the trajectory, especially if winds are taking it. Don't forget that it is a time lapse, so even a gently moving balloon would appear to shoot off.

On top of that, please mote that two similar objects could be seen on each day moving along that path at about the same time of day -- between 2:45 and 3:00 pm, a possible explanation being that that time of day is the regular time for a balloon launch.

However, I'm sure the video will be updated again, and those times stamps will no longer ne valid. I did download the video just now that shows the two objects at the :03 mark and the :27 mark as I mentioned above, so I have it.

originally posted by: Logiciel
If you look carefully the "trajectory " of supposed UFO is already present before it starts moving. Very subtle but there. When the sun hits the right angle and position on the protection it follows the scratch and lights it up.

That's another potential explanation. That would also explain why the object could be seen twice, both at roughly the same time of day on each day -- i.e. because that's whet the sun angle on the camera is roughly the same.

Let's wait a bit longer for the video to update again, showing Feb 28 at roughly 2:45 to 3:00 pm and see if the object is visible again.

If we do see it again on the 28th, and it can be seen taking that same apparent trajectory at roughly the same time of day, then I will begin leaning towards this explanation of glare from the sun (potentially appearing along a scratch on the camera lens/shield).