Yeah, I thought it was a pretty cool guitar! Still waiting to hear him play it though. I think he needs new strings and he's been rather fatigued lately and waiting to have tests for a couple of health problems.

I have a strat in pieces that will also do the same. Just need a few electronic parts to get it going. I will need someone to do some soldering but that's ok. It is cool to play acoustic and electric at the same time!

Sounds exciting and rewarding to be able to do this! Good luck with your project! Take some pics when it's done and share it with us. 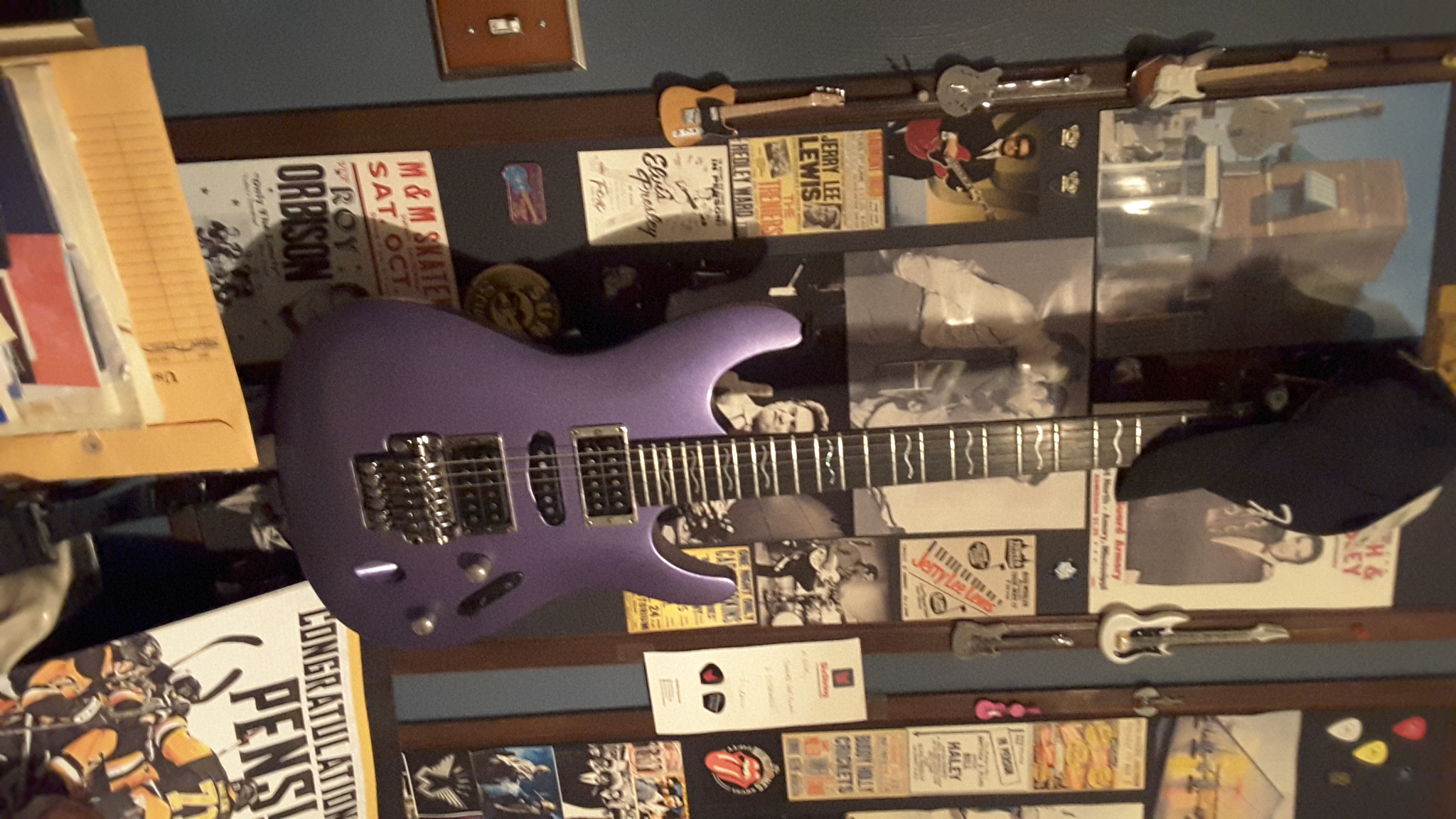 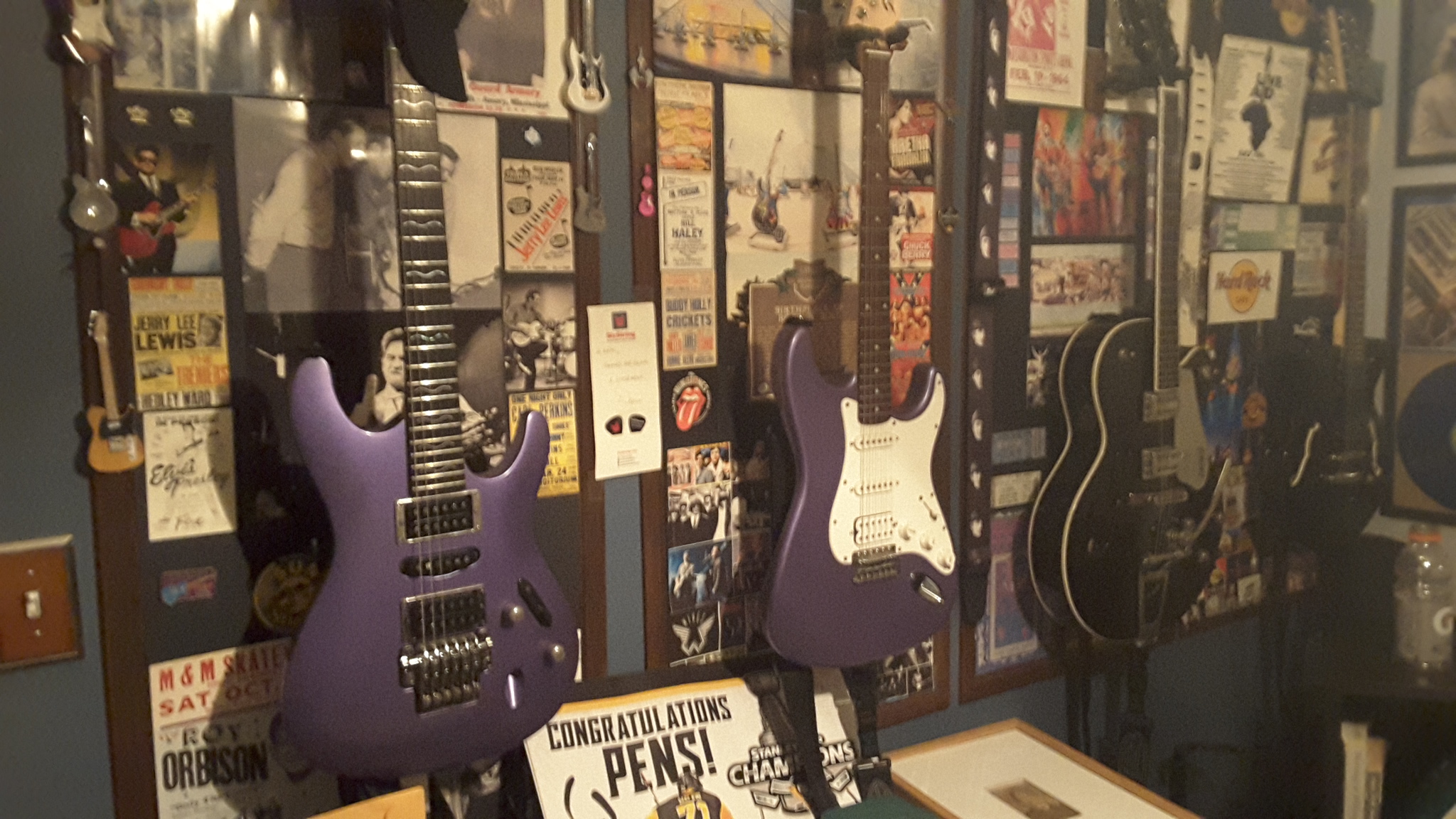 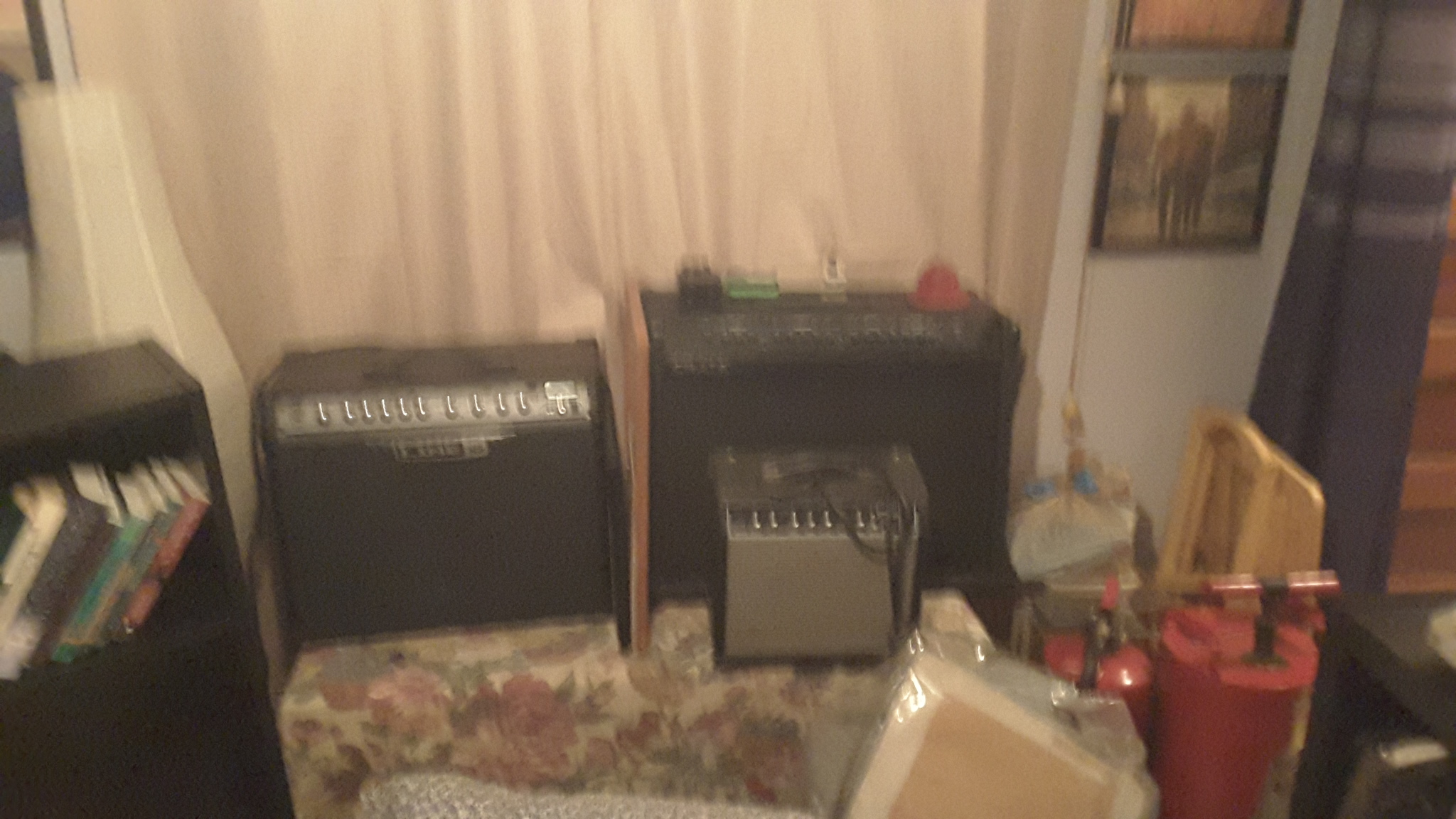 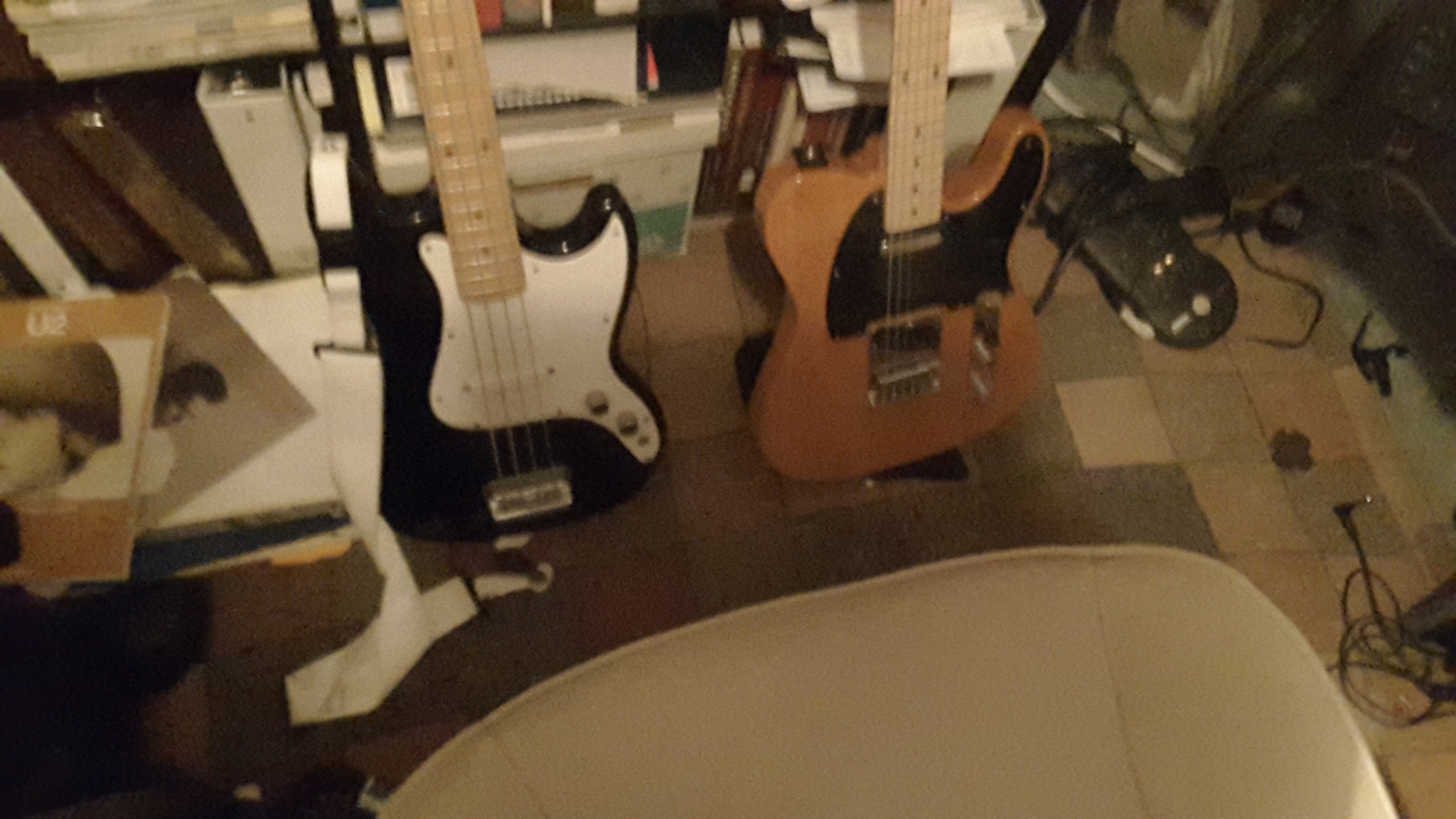 Ernie Ball Music Man was originally an idea or joint Venture with Eddie Van Halen. They parted ways years ago, and EVH has his own company now with the EVH Wolfgang. Named after Wolfgang Van Halen....

I would love any of these 2 guitars!😙
Your Hubby got himself a sweet Axe!😉

Give me a moment to dig up my Jackson Soloist 🤗

Edit: my 6 string Jackson Soloist. No strings right now ( to lazy to string it up🙄 ).
I dropped tuned it so I can play Slipknot. 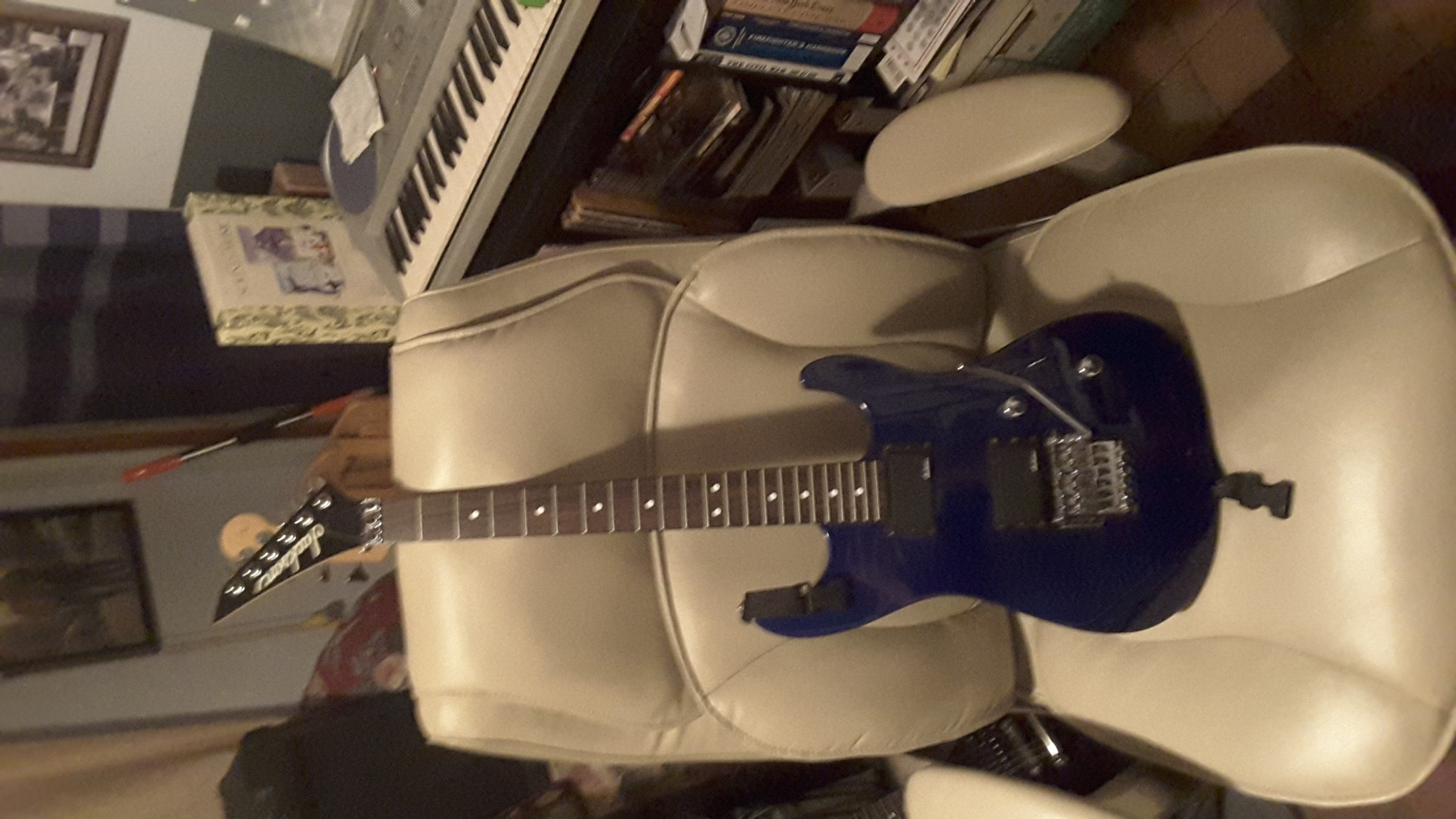 The purple Ibenez is tuned to play such exact tunes like Dream Theater, Or John Ptrucci.

originally posted by: Lysergic
a reply to: Night Star

ps: His new guitar is cool too :p

i hate the mokey grip in vai's guitars


originally posted by: Lysergic
a reply to: Night Star

ps: His new guitar is cool too :p

i hate the mokey grip in vai's guitars

"EVO"
Steve Vai loves to swing it around his back. He puts on a very physical show with his guitars.


Wow, Big B!!!!!!!! Great collection of guitars there! I love purple! Thanks for sharing the pics!

Steve Vai is one hell of a guitarist! Amazing!

originally posted by: Night Star
a reply to: Bigburgh

Steve Vai is one hell of a guitarist! Amazing!

Saw him for the first time yearrrrrrs ago.
"G3String" tour.
This is worth buying. Live video and a CD.

One Heck of a show🤗

Edit: sorry if im a bit off tonight..
Very tired and someone whom bought me that Jackson as a birthday gift 10 years ago.
Is still in the hospital, and I've been pulling off 18 hours a day.😥
edit on 27-2-2017 by Bigburgh because: (no reason given)

Some interesting specs, would he do a review on it!??!?!?

Edit: pretty expensive. But I'm sticking with my Ibenez. It just plays smoothly and sounds perfect for me.
$360.00 Ibenez
$460.00 for the Jackson

And thankyou so very much for that link.

originally posted by: JinMI
a reply to: Bigburgh

My everyday is a Fender Strat, and I have a Gibson 72 Les Paul Custom as well...and quite a few here and there too...except the Strat is my main go-to.

Interesting observation with the coming of guitarists Steve Via, Joe Satriani and many others...is they use their melodic ability to play 4 fingered scaling and utilizing the high, high fret board range of guitars like your hubby's. There are many companies that have them. Except....

'Been listening a lot to Neil Schon of Journey's live performance solo on the YouTube video of "After all these years" (theres a few, this one from Vegas I think)....anyway....he does an amazingly high and perfect solo in that song....on a Les Paul.

So..it goes to show you...whats possible even with the smaller scale-range of frets of the L.P....so Im really looking forward to seeing what your #1 Main Man can do with his new fiddle!!!

edit on 27-2-2017 by mysterioustranger because: an oops of course

originally posted by: JinMI
a reply to: mysterioustranger 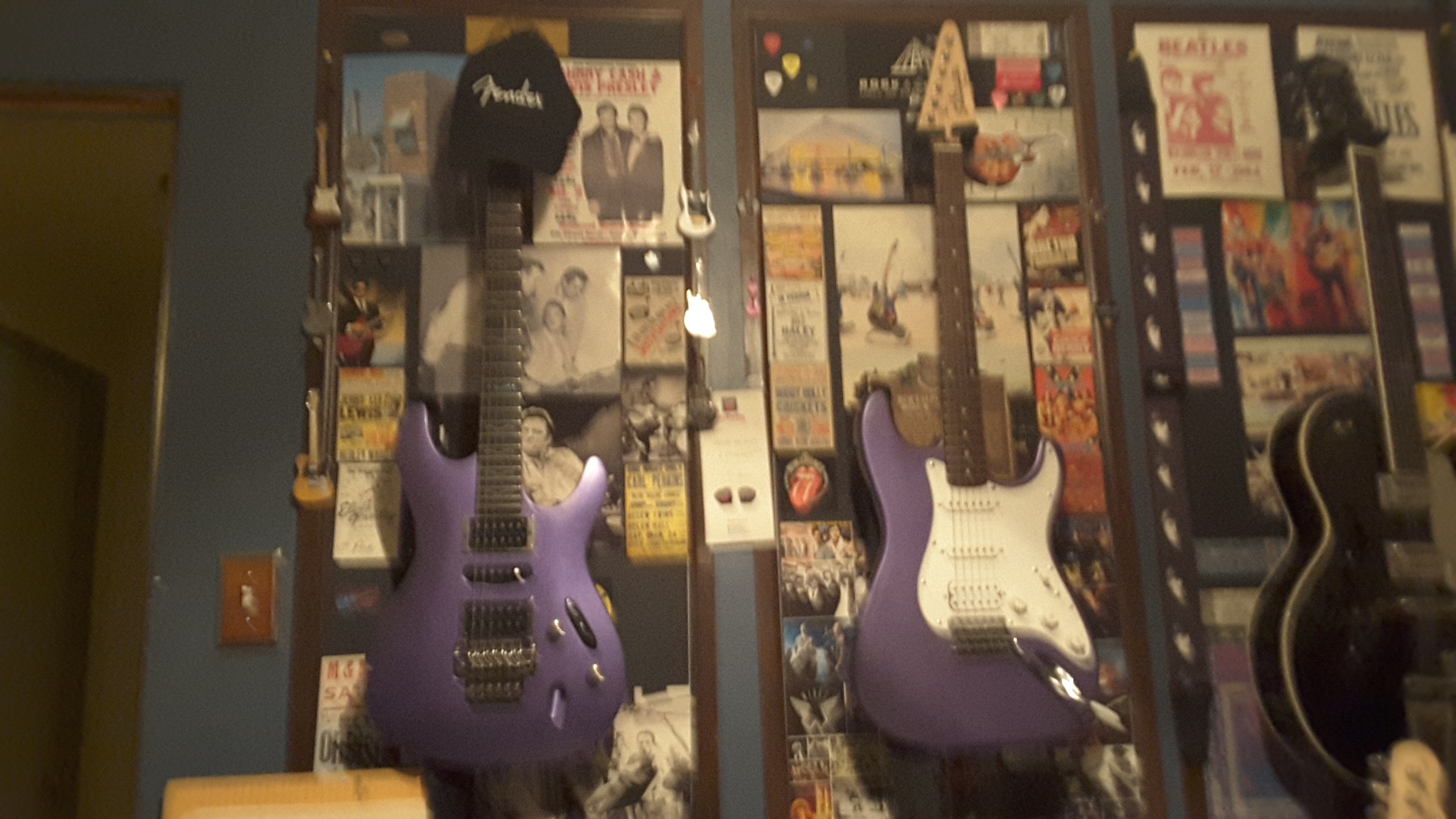 Sure is a purdy tele!!

Yea, I guess Slash certainly does!!

Slash makes les Paul look and sound as an extension of his gifted talent.
This is on my list too.

But I'm loving this Artic Dream Ernie Ball.
June 23rd is a bit off. I could probably do this in "ONE EASY PAYMENT" .
Or 2 payments and clean my credit a bit.😊