With that out of the way, let's hop into this, shall we? 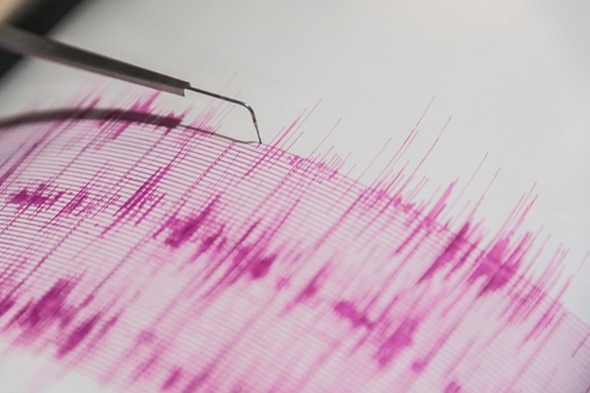 So far, no one has found a reliable way to forecast earthquakes, even though many scientists have tried. Some experts consider it a hopeless endeavor. “You’re viewed as a nutcase if you say you think you’re going to make progress on predicting earthquakes,” says Paul Johnson, a geophysicist at Los Alamos National Laboratory. But he is trying anyway, using a powerful tool he thinks could potentially solve this impossible puzzle: artificial intelligence.

Researchers around the world have spent decades studying various phenomena they thought might reliably predict earthquakes: foreshocks, electromagnetic disturbances, changes in groundwater chemistry—even unusual animal behavior. But none of these has consistently worked. Mathematicians and physicists even tried applying machine learning to quake prediction in the 1980s and ’90s, to no avail. “The whole topic is kind of in limbo,” says Chris Scholz, a seismologist at Columbia University’s Lamont–Doherty Earth Observatory.

But advances in technology—improved machine-learning algorithms and supercomputers as well as the ability to store and work with vastly greater amounts of data—may now give Johnson’s team a new edge in using artificial intelligence. “If we had tried this 10 years ago, we would not have been able to do it,” says Johnson, who is collaborating with researchers from several institutions. Along with more sophisticated computing, he and his team are trying something in the lab no one else has done before: They are feeding machinesraw data—massive sets of measurements taken continuously before, during and after lab-simulated earthquake events. They then allow the algorithm to sift through the data to look for patterns that reliably signal when an artificial quake will happen. In addition to lab simulations, the team has also begun doing the same type of machine-learning analysis using raw seismic data from real temblors.

Looking at the publications of Mr. Johnson one finds the following:

It remains unknown how the small strains induced by seismic waves can trigger earthquakes at large distances, in some cases thousands of kilometres from the triggering earthquake, with failure often occurring long after the waves have passed1, 2, 3, 4, 5, 6. Earthquake nucleation is usually observed to take place at depths of 10–20 km, and so static overburden should be large enough to inhibit triggering by seismic-wave stress perturbations. To understand the physics of dynamic triggering better, as well as the influence of dynamic stressing on earthquake recurrence, we have conducted laboratory studies of stick–slip in granular media with and without applied acoustic vibration. Glass beads were used to simulate granular fault zone material, sheared under constant normal stress, and subject to transient or continuous perturbation by acoustic waves. Here we show that small-magnitude failure events, corresponding to triggered aftershocks, occur when applied sound-wave amplitudes exceed several microstrain. These events are frequently delayed or occur as part of a cascade of small events. Vibrations also cause large slip events to be disrupted in time relative to those without wave perturbation. The effects are observed for many large-event cycles after vibrations cease, indicating a strain memory in the granular material. Dynamic stressing of tectonic faults may play a similar role in determining the complexity of earthquake recurrence.

Now, the above referenced paper deals with the dynamic triggering of earthquakes at remote distances from the origination of the triggering energies. Donning my tinhat for a moment, I have to wonder if the results of such studies could be used to develop an 'earthquake weapon' capable of triggering quakes in particular locations if all of the parameters are known.

Looking at Google Scholar finds quite a bit of research into the field of earthquake prediction by reputable scientific organizations, many related to the DOE and oddly enough also space technology companies; NASA, Ames, and JPL come to mind. The DOE I can understand as such technologies would be an asset to petroleum production companies. I am left wondering what the different space based agencies achieve by studying the possibility of earthquake prediction.

New ATS Member Claiming To Have Important Warning/Information. You Be The Judge... Hoax thread, but it still contains a huge amount of relevant non-hoax information and links

Imagine if we were able to develop a reliable method of predicting earthquakes. How many lives and how much money could be saved by knowing location and time of a pending quake? I would imagine that such research would also have implications in the prediction of volcanic eruptions, which, again, would lead to the saving of lives and money.

Emergency action teams could be pre-positioned in anticipation of an event, people could take precautions for themselves and their loved ones and we mere humans would be less at the whims of chance. Of course the cynic in me wonders if such a technology were to be developed, if the fruits of said tech would be shared with the general public or if it would be kept close to the breast for whatever reasons deemed to be justifiable by those in charge.

I remember that hoax thread, alot of useful links in that.

I do believe they are capable, or close to of predicting earthquakes today and have been for a few years.
Remember a quake in Italy a few years back were they charged some scientists with manslaughter because they failed to warn the people of a possible earthquake?


The six scientists—three seismologists, a volcanologist, and two seismic engineers—together with a public official were put on trial in 2011 for advice they gave at a meeting of an official government advisory committee known as the Major Risks Commission held on 31 March 2009. The judge in that trial, Marco Billi, concluded that the experts' advice was unjustifiably reassuring and led some of the 309 victims of the earthquake, which struck L'Aquila in the early hours of 6 April 2009, to underestimate the threat posed by the ongoing "swarm" of tremors and so remain indoors on that fateful night rather than seek shelter outdoors. Describing the experts' risk analysis as "superficial, approximate and generic," Billi sentenced each of them to 6 years in jail.

If you were to input enough information into a computer with a good program it might be able to evaluate risk.

or a % of chance..... Like the present meteorologist saying there's a 90% chance of rain today and 30% tomorrow,
thats' what an EarthQuake prediction might be presented to the public in the future

Biological intelligence certainly can. Personally, have a hunch the u.s. is going to have a big one fairly soon.

Have you seen the An Experiment in Alternative Methods of Earthquake Prediction thread?

If not, I highly recommend you make your way over there and familiarize yourself with others who are as attuned as you are.

As to us having a big quake fairly soon, it is certainly possible and the probability is increasing with each passing second. It really is just a patter of time. If you get the chance, look up some of PuterMan's stress charts hereabouts; they're in the form of a sawtooth graph showing seismic stress buildup and release as quakes occur over time.

Also, look for "Muzzy's Rule" where one of our quaketards from the southern hemisphere tracks TNT equivalent tectonic releases of low to moderate quakes and has a fairly high accuracy with stating when a larger quake is coming.

This looks like a parallel track for the same thing as is mentioned in the OP:

Earthquake magnitude prediction for Hindukush region has been carried out in this research using the temporal sequence of historic seismic activities in combination with the machine learning classifiers. Prediction has been made on the basis of mathematically calculated eight seismic indicators using the earthquake catalog of the region. These parameters are based on the well-known geophysical facts of Gutenberg–Richter’s inverse law, distribution of characteristic earthquake magnitudes and seismic quiescence. In this research, four machine learning techniques including pattern recognition neural network, recurrent neural network, random forest and linear programming boost ensemble classifier are separately applied to model relationships between calculated seismic parameters and future earthquake occurrences. The problem is formulated as a binary classification task and predictions are made for earthquakes of magnitude greater than or equal to 5.5 (M≥ 5.5), for the duration of 1 month. Furthermore, the analysis of earthquake prediction results is carried out for every machine learning classifier in terms of sensitivity, specificity, true and false predictive values. Accuracy is another performance measure considered for analyzing the results. Earthquake magnitude prediction for the Hindukush using these aforementioned techniques show significant and encouraging results, thus constituting a step forward toward the final robust prediction mechanism which is not available so far.

This sounds more like they are not necessarily predicting when and where the next quake will be, but rather what magnitude it will be. Correct me if I am wrong.


I posted my whole breakdown in that thread. Keeping my fingers crossed we have more time to get better predictive methods before this thing goes.

posted on Feb, 26 2017 @ 11:02 PM
link
Extra help is needed all around, hopes this will be it, work properly if need be. It's sorely needed because, of course due to many zones prone to quakes are still not very prepared. No doubt it's a challenge as it is in preparation.

I just realized i didn't include a link to the actual article.

posted on Mar, 3 2017 @ 05:14 PM
link
I don't see why it is so hard to set up something like the Japanese have in the US and NZ.
There was a 4.5 quake in Hawke Bay yesterday morning, not a big one but using as an example. It took 43 secs for the P wave to reach Wellington SNZO seismic recorder, why couldn't an instant alert go out as soon as recorders closer by were triggered, by text message or whatever.
If that had been a mag 7.8 like we had at Culverden in Nov. 43 seconds would give you enough time to get to a safe place, possibly save lives.
I know it is not much use close to the epicentre as they might just have a few seconds warning.
Just saying, all that is needed is the will to set it up.
Using Twitter or Facebook is no use as not everyone has a account, but even my 12 yr old niece has a cell phone!
edit on 03000000616117 by muzzy because: (no reason given)
edit on 03000000616117 by muzzy because: (no reason given)

posted on Aug, 22 2017 @ 10:11 PM
link
Can artificial intelligence predict when the Italian and EU governments are lying and calling earthquake a terrorist attack with a large bomb that destroys a whole city block? Covering up the migrants and islamists yet again.