Muhammad Ali's Son Detained at Airport and Was Asked 'Are you Muslim?'

Muhammad Ali's son, who bears the boxing great's name, was detained by immigration officials at a Florida airport and questioned about his ancestry and religion in what amounted to profiling, a family friend said Saturday. Returning from a Black History Month event in Jamaica, Muhammad Ali Jr. and his mother, Khalilah Camacho Ali, were pulled aside and separated from each other while going through the immigration checkpoint on Feb. 7 at Fort Lauderdale-Hollywood International Airport, said Chris Mancini, a family friend and attorney. Camacho Ali was released a short time later after showing a photo of herself with her ex-husband, the former heavyweight boxing champion, Mancini said. But Ali Jr. was not carrying a photo of his world-famous father — a recipient of the Presidential Medal of Freedom. Ali Jr., 44, who confirmed his Muslim faith, was detained about two hours, despite telling officials that he's Ali's son and a native-born U.S. citizen, Mancini said. It was the first time Ali Jr. and his mother have ever been asked if they're Muslim when re-entering the United States, he said.
time.com...

Ok it's kinda good that this stuff happened to the family of a well known figure and hero to many, but if this is indicative of the kind of stuff many people will face just because they have a Muslim or Muslim sounding name, then we are all in deep dodo, for rest assured it will not stop there, there is always mission creep...Always!!! and it may not affect you today but it's coming, now they drag this man and his poor mother aside returning from a nation of which it had been said have the most churches per square mile except the Vatican, now remember harassment of Muslims was supposed to be limited to 7 nations with majority Muslim populous, off course that measure was put on Ice by Judges but the spirit of that measure still moves people with badges and a wakie talkie, are we really gonna live like this??
edit on 26-2-2017 by Spider879 because: (no reason given)

originally posted by: SaturnFX
Is there any way we can stop and ask people if they are christian or jewish? I am worried about all of the above.


Hell No!! that would be impolite.

I think as a country we were never past this type of racism or our true to roots US brand type of systemic racism.

I'm hoping as a country we will fight through this and recognize we are a country built on immigration and difference. We are all from somewhere other than here.

But, unfortunately most people are closed minded and selfish. The United States is an ideal. A beacon of hope for someone who wants a brighter future than the one they were born to.

Unfortunately, through ignorance, people truly don't want to remember why the founding fathers created a system like they did.

Personal and religious freedom for all those who seek it.

Grant you, at the time I had this big Pancho mustache and I've got a round face, plus I tan really really dark.

But I wasn't sure if I ought to be po'd or tickled. They dragged me off and interrogated me for a bit until they ran my ID. But it could have been a really intimidating event. They were asking me all sorts of bizarre and pointless questions like what sort of professional organizations I belonged to, tried asking me things in other languages to 'surprise me' or something. Weird experience.

Tell them the next time you get pulled over that you are a Mexican Muslim and you worship the goddess Isis..

This was a big topic here a little before you joined ATS. Paranoia at airports and apparent insanity in who who was treated as a possible terrorist in the USA. Remember old ladies in wheelchairs being body-searched? People not being allowed to carry cupcakes (iirc) onto flights.

Another example is a UK comedian, Dom Joly, who was taken aside as a possible terrorist on so many occasions that he eventually stopped going to the USA. He'd been detained for many hours and missed flights over his name. There's too little sense under these laws and a lot of the staff are too willing to apply them.

Ali's is a timely story and useful in the yes/no debate about Trump's wish list. People like a figure they can focus on. Ali's still one of tens of thousands of citizens and visitors who've faced the same treatment since 2001.

People used to be outraged and then they found something else to focus on.

It's just another click on the ratchet and more mission creep. You and I know that very few will care about the freedoms of domestic Muslims. People don't get it so clearly as long as it's aimed at the 'enemy within' or the shadow outside the gates.

Why would they profile Dom Joly?

Why would his name get him profiled?

posted on Feb, 26 2017 @ 04:54 AM
link
This has absolutely nothing to do with Trump and everything to do with the TSA ass raping American citizens on a daily basis. A "security" organization that has a colossal failure rate and has never caught a terrorist. "Red Teams" that are meant to test their effectiveness, were able to get knives, guns and even explosives past them on a frighteningly regular basis.
You should be more pissed at the billions of your tax dollars spent on this poor excuse for airport "security" and the way people are treated on a daily basis, rather than use one famous name to blame this on Trump.


In 2015, TSA used its own security personnel to test its airport checkpoints, where passengers attempted to smuggle prohibited weapons and explosives through security. Of the 70 tests, TSA Transportation Security Officers (TSOs) failed to detect the weapons and explosives 67 times, a 95.7 percent failure rate.Mar 14, 2016 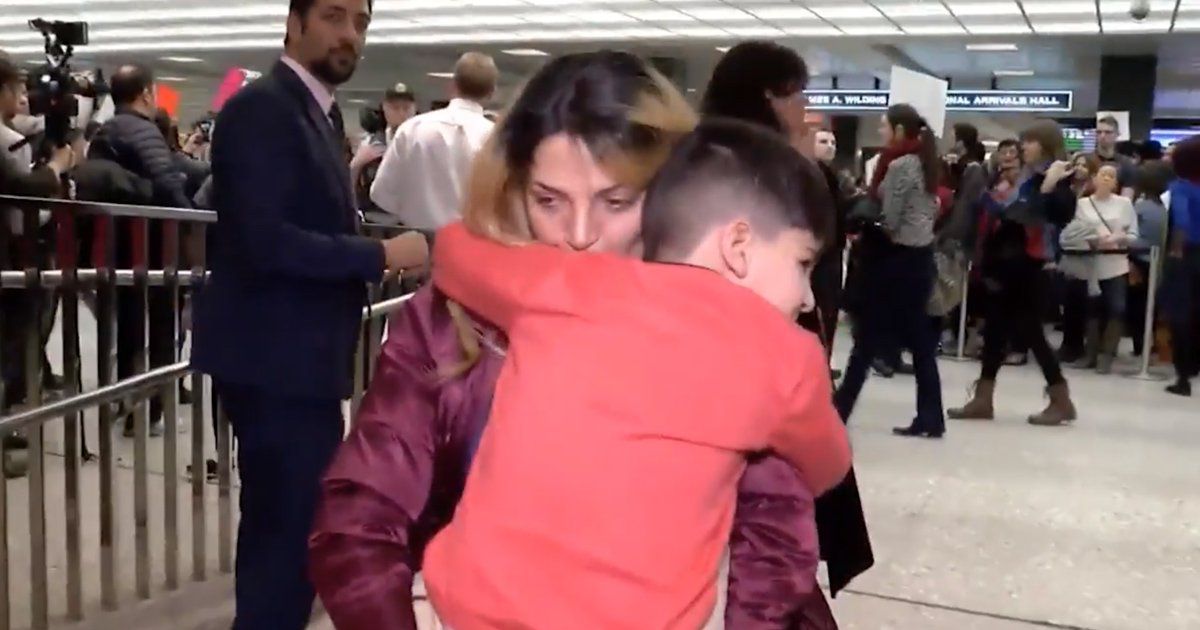 As was pointed out by Kandinsky and others above, things were nasty at airports post 911, the past month however heightened things even more so don't you think?
edit on 26-2-2017 by Spider879 because: (no reason given)

It's going to get framed as a pro or anti-Trump thing when it's really another extension of the TSA policies under Bush and Obama. Trump's riding shotgun for the new policy and *should* be as accountable as the previous pair...who rode it out like he will.

There's a website called El Reg that have been writing about the growing security powers at US borders and airports. Stuff like visitors having to give TSA agents passwords to social media accounts and having hard-drives searched and copied.

Who wants an authority in their own nation who can do that with nothing more than a hunch??

It's one of those situations that will have to get worse before it gets any better. Years imo.

what about the hands on fondling they like to perform on people too, is that also more acceptable then questions about ones faith?
edit on 26-2-2017 by NobodiesNormal because: (no reason given)

No, actually I don't. This kind of crap happens all the time, but now that a famous person was the victim, instead of the everyday Joe, the MSM is using it to, once again, blame it on Trump. I can show you literally hundreds of cases of horrendous treatment at the hands of these "security" personnel, long before Trump was involved.
If you thinks "it's getting worse" you haven't been paying attention to how bad it's actually been for quite a while now.

I wonder why? We know the answer. Someone once declared jihad and fatwa on Americans before some Muslims hijacked planes and flew them into the twin towers killing thousands of innocent people. Also recall that Richard Reid, a radical Muslim, became a soldier of god who wanted to kill Americans. One day he decided to plant a bomb in his shoe, later attempting to ignite it on a flight.

Now we have the TSA. Now he have to remove our shoes. Now everyone, including the elderly and children receive pat downs, have to go through body scanners, and innocents are pulled aside for additional screening because they follow a certain religion.

Let's make sure we place blame where blame is due: on radical Muslims.
edit on 26-2-2017 by LesMisanthrope because: (no reason given)

The source is named in the OP.

originally posted by: Deaf Alien
Boy, 5, handcuffed at US border for being ‘security threat’ to USA
Link

is there confirmation of this "child handcuffing", BESIDES this one website?....