posted on Feb, 20 2017 @ 10:47 AM
link
I hadn't been watching any apocalyptic shows, thinking about survival much, or anything else related to both, but last night I had a very interesting dream. (This is not a prediction, just to let you know) Most of the information here is actually true, and the only part that's fictional is the actual explosion-event itself.

I was just about to step outside, when in the distance, over the trees, I see a massive mushroom cloud. I'm far enough away where the shock wave doesn't hit me, and any radiation is unlikely. It's to the west of me and hit a nearby down. I run downstairs and tell my wife "We need to go, now! I'll be right back!" And jump in the Jeep to race to the Grocery store...

We currently have no extra water laying around, and my wife and I always eat fresh, whole-foods, So we have no non-perishable foods in the house either. However! We had just came back from a trip to Iceland last September. We were camping across the country and had bought a weeks worth of freeze dried meals that we didn't actually get to use, because the fuel for my pocket-stove wasn't sold there! I grab two shopping carts, fill up one with water, fill up the other with canned food, and push through the panicking people to bust out the front door (obviously not paying for it), and dump the carts in the Jeep.

I drive back home, dump the camping gear and camping food in the jeep, Grab the wife and cats (she wouldn't ever leave them) and we race over to the nearby highway.

The wind tends to blow to the east, so that's where the radiation is going to be swept over the next few days. However, I know that if I go west, there'll be a lot more traffic. I go east, the roads are at a standstill, so I throw the Jeep in 4x4 (this is actually why we got the Jeep Wrangler...) scream off the road and drive passed all the traffic while on the grassy meridian.

We start to go south, as far as possible before heading East into the British Columbia Forests, where we will set up camp, and simply survive in the forest.

Then I wake up. Not in a panic, however - I wasn't panicking in the dream, I had this all laid out in my mind in a scenario such as this, but it was evident that I am simply not prepared.

Right now I have no official bug-out bag, but both my wife and I are avid hikers and campers (the deeper into the wilderness the better). The Jeep has this nifty military seat cover full of detachable bags which I DO have filled with multiple Medi-Kits, 3 freeze dried meals, knives, survival kits, space-blankets, rain jackets, a change of cloths, glow sticks, batteries, flashlights, and a bit more. 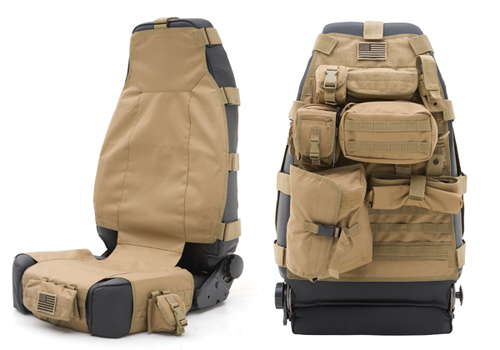 Our plan, eventually, is to outfit the Jeep to be it's own mobile "bug-out bag", and to eventually have 1-2 actual bugout bags that those detatchable military bags in the jeep can strap to.

We have decent knowledge on how to survive without anything in the Canadian wilds, but certainly not as much knowledge as I'd prefer. And we don't have a designated location where we can hunker down and wait anything out, YET!

Funding is the issue here. As I would have all this already and that dream would have been far different if that was the case.

So the reason I'm sharing this is because I want to know whom else is in a similar situation; a prepper-wanna-B, just doesn't have the funds yet, and if anyone has any suggestions on how to improve our situation on a budget?

Build your own "berkey"

Scoop an OLD big screen TV off craigslist to get the giant fresnel lens (sturdy acrylic, not vinyl).

Unless you're loaded, skip the fancy stuff, and start checking out thrift stores, and where all the local restaurants go to do their grocery shopping.

edit on 20-2-2017 by IgnoranceIsntBlisss because: (no reason given)

Ummm, the last thing you want to do is go outside during a full on nuclear exchange.

posted on Feb, 20 2017 @ 11:50 AM
link
Well let me reassure you. If it was just one weapon or an accident you have no reason to rush anywhere. If it was a full nuclear exchange forget running any where or in any direction as the fallout would be worldwide in a couple of days so no matter where you went you could not escape it.
Oh, and please all you knowledgeable nuclear experts do not go on about close tactical weapons because if it were to happen the dirtiest crappy weapons will be used.
Also forget about going underground because no-one, and I mean no-one could store enough food or water to outlast the years of fallout.
If you really want to watch a film about it watch "On The Beach" 1959 and you'll really see the futility of a "bug out" anything.

There is no surviving, only prolonging the inevitable.

originally posted by: Ksihkehe
a reply to: Ghost147

Thanks! Been working 7 days a week for the past 5 months, and have a bunch of projects i'm constantly working on, so haven't had any computer time at all. I'm not dead, just not available

As for the other responses: Hmm, so then what could be done in that scenario (full out war)

posted on Feb, 20 2017 @ 01:37 PM
link
I have had many dreams like this. For a very long time. Mostly I wrestled with the fact that perhaps I was just being paranoid, and realistically, while on a small income, shouldn't waste my money on something I may or may not use, in a situation that may or may not happen.
But..
I have been prepping. Slowly, but within my budget.
Sometimes it requires eliminating the latte allowance that week. Best suggestion I can offer is make a list of everything you think you will need...then trim it down to absolutes. Then its a simple matter of prioritizing and accumulating within whatever time frame you can.
I find groceries the most difficult prep, because lets face it..long term storage food is not healthy.
I agree that it's good to see you posting again, and keep us updated on your prepping.
Missed that creepy avatar around here.

posted on Feb, 20 2017 @ 02:12 PM
link
I just picked up two more gallon glass wing jugs at Vinnies, they cleaned up well, and they were only fifty cents apiece. We keep about twenty gallons of fresh water in the basement and I can get some out of the well if it lasts longer. We usually either have snow to melt or rain barrels in the summer to use to flush the toilet.

I don't have fancy bug out bags, We got plastic totes we can shove some stuff into if we have to leave. We would pack up the truck and car full of stuff quickly, we try to stay organized.

But why leave, unless there is a forest fire, we built on some pretty high and stable ground. Low risk area. Might get horned by a buck though if he doesn't like you. We more opted to stock up than to bug out. Keep the gas tank above half a tank at all times, need to not get stuck in line at a gas station.

hmmm, that is a very good suggestions! I think I'll take a look into those

I remember that movie from when I was a kid.
Scary stuff.

You should check out a movie called 'Threads'.

posted on Feb, 20 2017 @ 06:29 PM
link
You might find a cave in them there mountains. Probably an old mine of some kind. Was there any mining going on where you live in the olden days?

yup, I know of a few mining areas.

originally posted by: Ghost147
a reply to: AccessDenied

Considering the speed missiles can travel in this day and age, back in the day it was 45 mins give or take from launch to impact... new russian ss-27 can supposedly do 10,800 mph, so I would check the prevailing wind patterns and over lay them on a map so you can figure out if where you currently live is in a blast zone or fallout zone.

You know the parable of the ant and the grasshopper? Well, there's a lot of folks like the grasshopper; they will tell you that it is pointless to prepare for a nuclear event, because it is doom--Doom---DOOOM!!!

Do yourself a favor and go over to nuclearsecrecy.com... and play around with the software. Set it for your hometown, and try out various nukes to see their effect. try multiple warheads, and see where to drop the nukes to get the highest casualty count. You'll most likely find that it is practically impossible to kill off an entire metropolis. and even with a Chinese Dong-Feng 5, it is hard to get the toll over 5 million---and Manhattan has 17 million people living on it.

And it's the fallout that gets you, right? Well, just have a look at some old preparedness manuals from the late 1980s, and you'll see that as long as your dosage in the first month or so stays below 200 rem cumulative, you'll probably have a normal life-expectancy. And remember, the missle may be fast, but the fallout only travels at the speed of the wind. So if you live 15 miles from downtown Hellville, and there's a 15 mile and hour wind, you've got... an hour... to shelter in place. And if the wind is blowing the other way, you're merely an onlooker in the cheap seats.

Now, scratch all that.

In a heated nuclear exchange, any adversary isn't going to be trying for maximum fatalities on main street. No, they'll be desperately trying to degrade US retaliatory might, before Trump Inc. delivers a knockout blow to their own infrastructure.

Basically, if you live in the burbs, and can get under about 3 ft. of dirt, and breathe only filtered air for 72 hours, you will have an average life expectancy. So the question then becomes, can you improvise a shelter and some lung protection, at the speed of fallout drift?

I am by no means an optimist. But you miss 100% of the pitches you refuse to swing at.