posted on Feb, 19 2017 @ 05:36 PM
link
How A Real War On Terrorism Would Look And Why The US Isn’t Fighting One or certainly has not in the past IMO. The president George Bush said he was declaring war on terrorism and the USA and their allies cheered back in 2001.. It kinda reminds me of the drug war with more drugs at a cheaper price... More terrorist who come with an indoctrinated hate ... I agree bomb or kill my family you create in me an enemy for life.. Probably one of the reasons I have little tolerance for the Wahhabi sects of Islam...

The fanatics, weapons, supplies, vehicles and finances that grease the wheels of global terror do not merely spring forth from the pages of the Qu’ran, as bigots across the West insist.


Of course not but when oil is sold on the black market weapons are purchased ... simple that.. What is not simple is the reasons of the past allowing convoys of tanker trucks filled with oil blocking highways enroute to their delivery points for sale...


In reality, fanatics must be indoctrinated. And they are, in Saudi-funded madras and mosque networks wrapping around the globe. In the United States and across Europe, these madrases and mosques often serve as both indoctrination centers and recruiting stations. They operate as such with the explicit knowledge, even cooperation of US and European security and intelligence agencies.

Rather a bold statement IMO for just like the Mexican drug cartels I would assume there are favorites who toe the line for the NWO crowd as support and a covert blind eye is used for their operations.


One such center can be found in Denmark at Grimhøjvej Mosque in Aarhus which openly serves as a recruiting station for militants meant to fight abroad in US-European backed wars in Libya, Syria, Iraq and Yemen. The government of Denmark openly collaborates with the mosque to integrate these individuals back into Danish society when they return.


Most who have had even a passing interest already know that Saudi Arabia and Qatar to just name a few have been major supporters and the bankers for much of the terrorism going on in the Mid-east. Yes there are others and some make for strange bed fellows... but all are known by the intelligence agencies of many countries.


It is often said that states like Russia, Syria and Iran exist as natural allies to the United States and Europe in the fight against terrorism. And that would be true if not for the fact that said terrorism is actually a deliberate product of US-European foreign policy. Were the West to truly wage a war on terrorism, it would already be deeply cooperating with these nations on the front line against groups like Al Qaeda and the self-proclaimed Islamic State.

Sounds outlandish to the Iran and Russian haters, no ? When Russia wanted to share targeting information/intel with the USA in Syria and the USA said no I figured right then there was no desire to really defeat ISIS and the terrorist in Syria until Assad fell.. My opinion so take it for what it is worth..

While the US and Europe use terrorism as a function of foreign policy, they could not do it without their intermediaries in the Persian Gulf. Without the Saudis and Qataris serving as “handlers” for the West’s terrorist legions, it is unlikely such legions could be raised to begin with.

Targeting, rather than embracing, even protecting these state sponsors of all aspects of terrorism, from indoctrination and recruitment, to training, arming and financing terrorism on the battlefield, would be another essential step in a real “War on Terror.”


A rather long article but does bring up some points that are worthy of consideration IMO.. It seems like anytime there is a war on something (anything) we as the collective citizens might as well just bend over and say, "Please be gentile." Let us hope and pray Trump is not lead down the same path as those before him... Unfortunately at this stage (very short time period) I have not seen a dramatic change in policy on how to deal with terrorist other than more tough words, bombs and bullets..
www.activistpost.com...

Unfortunately, and it has been this way for quite some time, the sad and disturbing truth is that war is profitable to some elements and life is of no consequence.

posted on Feb, 19 2017 @ 05:46 PM
link
US funds the war on terror as a ruse. After all it attacks foreign countries without declaring war on them, the war is already declared on Terror (convenient that). The US covertly recruits, trains, arms and transports "terrorists" into countries it is trying to destabilize in order to regime change them and supplant its government with a more loyal puppet.

To defeat the terrorists, the US gubment would have to declare war on itself, lol.

originally posted by: intrptr
US funds the war on terror as a ruse. After all it attacks foreign countries without declaring war on them, the war is already declared on Terror (convenient that). The US covertly recruits, trains, arms and transports "terrorists" into countries it is trying to destabilize in order to regime change them and supplant its government with a more loyal puppet.

To defeat the terrorists, the US gubment would have to declare war on itself, lol.

so.....you believe that terrorists who want to take over entire countries should be left alone, to do whatever they want with no response from other civilized countries....ok, got it.......by the way, how many countries taken over by terrorists would you be comfortable with?.....1?....3?....5?....more?
edit on 19-2-2017 by jimmyx because: (no reason given)

You do realise that Russia has paid for, and facilitated jihadists movements into places like Syria right?

Have you also noticed that there are almost never terrorist attacks in Russia or Iran?

I'm sure you and many others have said there are no coincidences...so are those facts above mere coincidences? Or maybe it's not just the ever hated America playing these games??

posted on Feb, 19 2017 @ 08:43 PM
link
stop waging war to protect the oil companies interests and withdraw the troops and tell the leaders of the region, saudi arabia, pakistan, UAE to police themselves

tell the oil companies to take care of american needs first, and sell what is leftover

Isreal has nukes and is plenty capable of defending itself

this all started when they hit oil in the 40's. its always been about the oil

we have enough to take care of our needs now, lets start doing it

so.....you believe that terrorists who want to take over entire countries should be left alone, to do whatever they want with no response from other civilized countries...


The response is directed at the rightful gubment, the ruse is terrorism. Name one country in the Middle East that is more stable now after NATO or its proxies "intervened".

You actually believe that US warplanes and ground forces are helping Assad to defeat terrorism in his own country?

originally posted by: Snarl
Terrorism: It's a money-maker for both sides.


Review the video segment above your post from 1984. Thats why they call it endless war.

posted on Feb, 19 2017 @ 09:39 PM
link
Obama had a plan to use ISIS to defeat Assad ... This is part of the reason Flynn got cast aside in 2014. ISIS was supposed to set up camp in northern Iraq and they did but expanded also and completely used Obama. Tulsi Gabbard said it best when she said there are no moderate rebels. John Kerry's leaked conversation with the FSA people also alludes to it when he said what else are we supposed to do, Congress will not approve a war. Everyone was mystified why Obama did not act - well why would he - he needed them. Someday the book will be written on the evil Obama and all he did to help spread terrorism in Libya and with ISIS.

originally posted by: Snarl
Terrorism: It's a money-maker for both sides.


Let us just hope there is not another destabilize like what happened in Libya.. What a stupid thing to do that was.. Regardless of all the political reasons...youtu.be...

"Iran is the biggest supporter of terrorism in the world today"

It took her seven seconds to say that.

Analysis: It should take about 3 seconds to say that, but it took her 7. I think she was trying to stay on-point. She knew what she was saying was about semantics ... and she had trouble articulating that type of lie. The word she was struggling for was "supporter" ... but didn't want a bold-faced lie to draw attention. Lies that could have come out as:

But would have wound up getting a finger pointed right at ... Saudi Arabia.

She knew what to say (as well as 'how' to say it) ... as she knew what not to utter (in most cases ... the beginning of that clip *facepalm). ETA: What I admire about her is the difficulty she has 'getting around' the lie. Her hesitancy lets you see right through what she's putting up a shield to protect. As compared to Trump, who's just a bull in a China Shop, with a bunch of flunkies around who clean up the mess. You might miss Trump's meaning if he ever decides to disguise it. LOL

posted on Feb, 20 2017 @ 11:16 AM
link
Afghanistan drugs, Syria organ harvesting why wind up a war when your making so much damn money

yeah, it was adel al-jubair the FM of "Saudi Arabia". the only country in the world which is named after a family clan.

1- Iran is the biggest supporter of terrrorism

2- Why is Iran the only country who is not attacked by ISIS?

To answer your question as to why Iran has not been attacked :

but wait a min! is this really the FM of Saudi Arabia saying these words? how funnier the world can get? no seriously ? 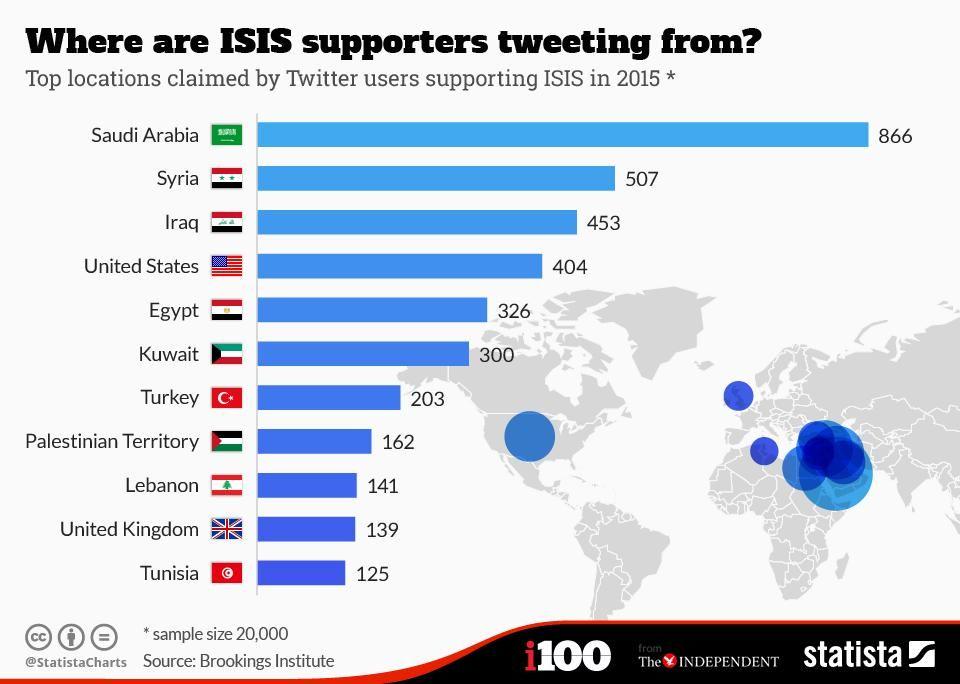 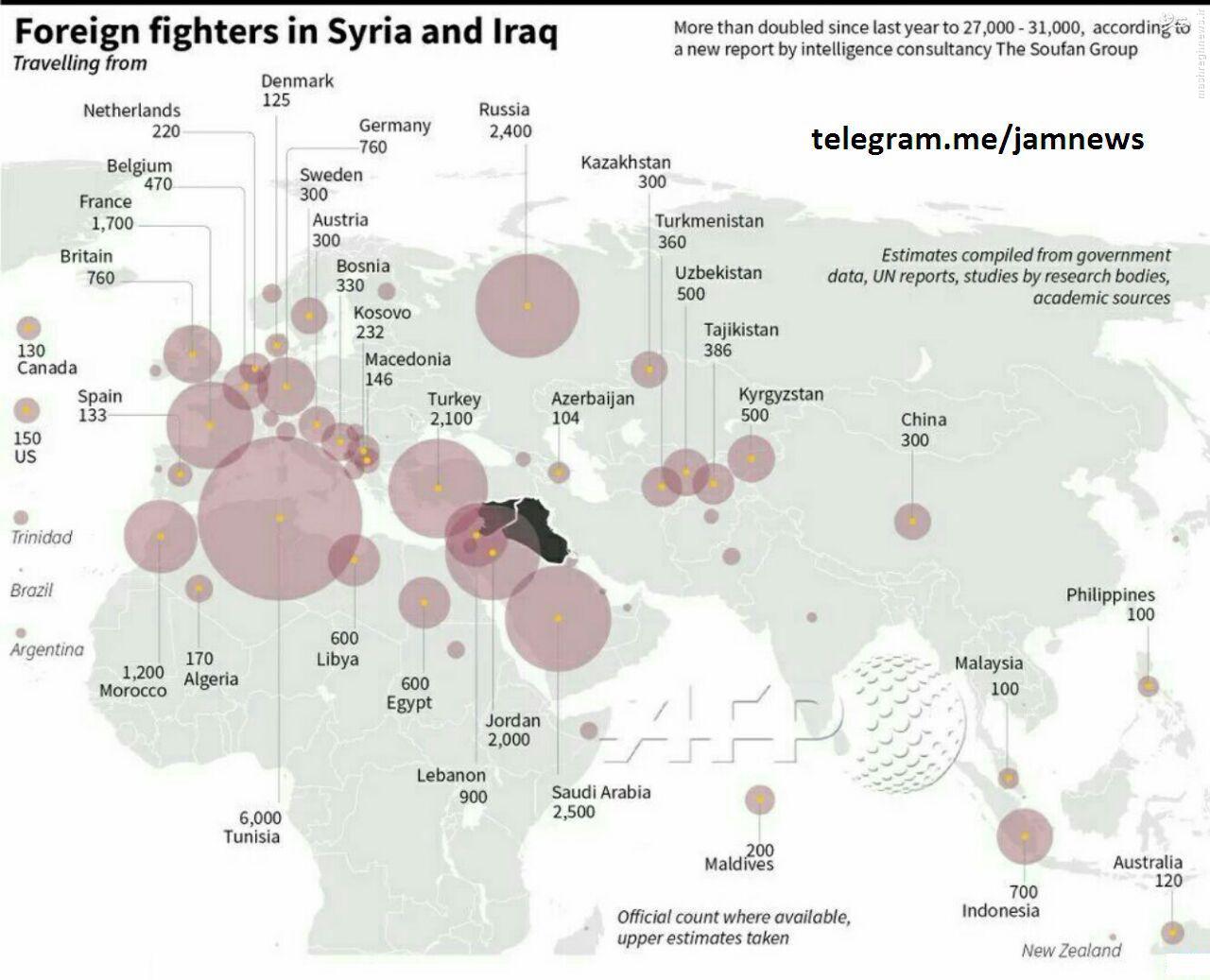