It's like he's saying 'Thank you I'm a billionaire because of Technology, which is now in turn going to take away your livlihood, but don't worry, we will Tax the Robots, and that will make it all better.

I would think, giving actual jobs to actual human beings would be the more intelligent way to go. What if technology failed? No one would know what the hell to do, people would have no skills, or at the very least, very few.

That's exactly what would happen! Before we know it. Give it another 30 yrs and people will be using them as surrogates. 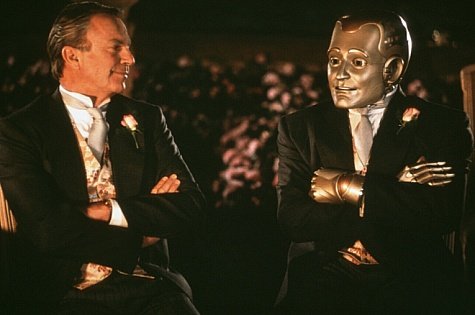 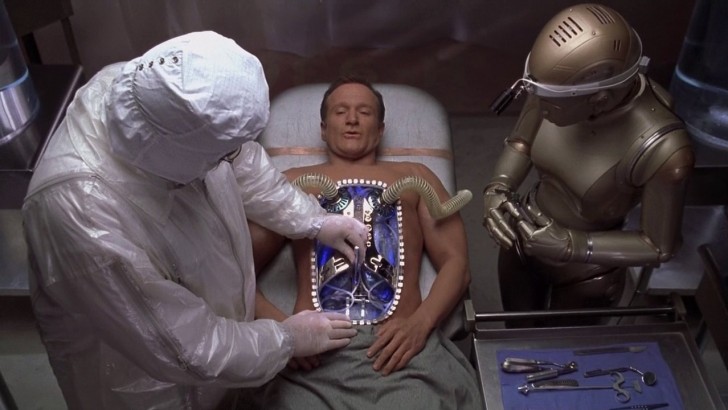 By the year 2080 they may think themselves gods, and attempt to take over flawed humanity it perceives as inept and inefficient.

It would be the only way to continue finding the welfare state we've built. As the middle class fades into the poor, the rich will own all the robots that do all the work... The rich won't pay tax, but if their equipment has to, it funds the bloated government

originally posted by: LuXTeN
but don't worry, we will Tax the Robots, and that will make it all better.


I say if the robots are taking our jobs away, then we deport all these unwanted robots to mexico.

Or, round up the robots, and send them to the FEMA camps, if Mexico refuses to take them in.

No robot has any US Birth Certificate, therefore does not belong here, has no right to vote, and thus no right to work here, period.

It sounds like a form of VAT (value added tax). I could see something like this: for every full time human job replaced by automation, the company has to pay $5,000 a year in this "robot tax".
edit on 18-2-2017 by enlightenedservant because: (no reason given)

I think America will be safe for atleast the next 8 yrs. But i can definately see the rich abusing their power over the many. They always have. And like a bad case of herpes, they always try to come back for seconds.


originally posted by: LuXTeN
but don't worry, we will Tax the Robots, and that will make it all better.


I say if the robots are taking our jobs away, then we deport all these unwanted robots to mexico.

Or, round up the robots, and send them to the FEMA camps, if Mexico refuses to take them in.

No robot has any US Birth Certificate, therefore does not belong here, has no right to vote, and thus no right to work here, period.


Ha! Great Answer i love it!

What about the humanity added value in this?

Do you think this would be bad for the People or should it be allowed to continue until it's taken over massive aspects of our culture and way of life?

Do you mean automation? I actually love the concept of automation. I think it's a modern wonder of the world. But that's because I'm a socialist and I have a completely different view of how society should function.

I think govt should mainly exist to serve the people- literally. That means having automated govt-run farms that grow the bare minimum food requirements for it citizens. That means heavily automated 3D printing agencies that build & maintain basic housing and infrastructure needs for their citizens. Imagine fully automated mining and refining operations. And of course, heavily automated govt offices for routine things like renewing licenses, applying for grants and other federal programs, filing taxes & getting tax help, etc (this one's already happening).

Of course, people could still grow their own food and companies could still sell their own custom products. But this way, the bare minimums are taken care of. Basically nationalizing our needs while keeping capitalism for our wants. I even think this technology would be essential for any meaningful space colonization, as it would be pretty backwards to spend countless billions sending humans to another planet just to have the majority of them doing menial labor.

In my view, automation finally makes the dream of a socialist utopia possible. But that will require the death of the "work or die" mentality. Because it's clear that the next few generations of automation will make far more forms of human labor obsolete.

posted on Feb, 19 2017 @ 06:10 PM
link
I think a seriously overlooked aspect of this is the role of large companies (multinationals).

Whilst I don't want to claim large companies (bilderberg, ...) are necessarily evil, I'm pretty convinced they don't have our (99%) best interest at heart. Especially here in conspiracy territory: big pharma or big oil are never "the good guys". And the truth is they're not, at best they care about only about the profit-motive. At worst, well illuminati depopulation arghuahahh etc.

I used to believe a basic income would free the working class from the "tyranny of big coorporations". I never concidered how it would impact the balance of power between big coorpations, governments and "the people" (consumers/working class).

As it stands right now, the only way we're going to fund a Universal Basic Income is by having (large) companies fund it. To put it simply: All the money they used to spend on wages, they now pay in taxes which the government distributes as basic income. The people, in their turn, go out and consume as they always did, providing the the companies with the same income they have now, allowing them to pay these hefty taxes (but they don't have to pay wages anymore, just to be clear).

But if u think about that, didn't we just integrate these companies into our government? A Universal Basic Income is essentially a socially destigmatized welfare, and the companies are paying for it.

Government: "#, we can't pay this basic income, since people don't work no more (and don't pay taxes that way), all our income is from companies taxes"

I've always advocated for UBI, but I've heard far to few discussions about how this would impact the current structure of power between the people, the government and large companies. A UBI is impossible without large companies funding it, so where does that leave us in terms of autonomy?