I don't see how this is a claim. At one point there was more land and land bridges around.

The housing bubble will long kill you before the fault lines move 10 feet most likely. Rich Chinese buying up porperties is not new. Was watching something online about it some months ago. Even in Canada they gave them free reighn because they thought it would stimulate the economy some what.

Turns out they just bought up all the houses and properties that looked like would sell for a pretty penny latter on. Ultimately the only thing it achieved is pushing out Canadians and them not being able to afford the prices on the houses they built. It was ridiculous, they could not even aford to live in there own towns anymore.

New Zealand is not the only land not for the people who were born there. But hey cant blame rich Chinese alone, there buying up properties here in the US also but not only Canada, also Europe, Africa, Australia, etc and pretty much everywhere else as well. But after all there only a small part of the problem. In fact ineffective and plain stupid government policies are more to blame. Sometimes you look at them and you think.

"Really you thought this would stimulate the economy? Are you joking or serious?" I mean nobody is that stupid? Right? Off course I am right. It is all for the most part by design from the real estate sellers to the banks to the middle men and women. Everybody is just looking to cash out. And well this is what happens. You would have to be blind, and stupid to not see it. So yes, it is by design. And unspoken agreed upon design.

And well, things did not bode well for those who actually have to life in one spot when the banks started becoming above and beyond bankruptcy and even the supply and demand game. So ya! The housing bubble will likely kill ya all, long before the tectonic plates or global warming will, in some cases by millions of years in fact.

The whole thing about the immigrant investor program and the housing bubbles in Canada start at around 15:00.


And well. Banking systems will be banking systems no matter which land our language they speak, money is after all the universal language. Whats the saying? Money speaks? Or something like that.

Your thoughts are right yes it was established long ago, only there are some people who like to keep us in the dark. Maybe the locals knew about it but the Europeans? We didnt know about Australia and few hundred years back America. Amazing how little we know about our own planet. Its like as if we we just arrived and those who were here had hardly any memory.

Makes me laugh that we still ignore what is obvious, there are planty of sites in the area. Not to mention what must be under the sea.


All things being equal, and pulling tongue partly from cheek (so I can answer you), I am finding, quite often, that one or two discoveries can unravel many assumptions that were taken for granted.
Science's list of replaced Truths is long!
Wasn't there a recent article about some fossil, perhaps an egg, that was much older than thought possible?
Theories will adapt, or vanish.
The Truths of Aristotle were proven obsolete by the Reality exposed by quantum mechanics...
So, again, perhaps only half of tongue was in cheek.
I have no expectations (previous theories), thus, am often pleasantly surprised.
After all, what is 'evolution' in a Holistic Reality?
It makes sense that as evidence accumulates, the deeper nature of Reality will be exposed as new basic theories describe it, and new cars run on it! *__-

Are you saying that 60 million year old cities are not possible? How about fossilized cities?

originally posted by: Snarl
I don't know whether to believe it or not, but it doesn't seem so farfetched. It would seem there would have to be a lot more water stored in ice somewhere.


Not necessarily.
It's been known for some time that the area around Australia and Indonesia has been pulled under the sea several times by an ancient subduction zone the Indo-Astralian plate is drifting over.

Lithgow-Bertelloni’s global model of the mantle, which incorporated the history of subduction, suggested that Indonesia is sucked down more than any other region in the world because it lies at the intersection of enormous, present-day subduction systems in the Paciﬁc and Indian oceans. And as Indonesia sinks, it pulls Australia down with it. Today Indonesia is a vast submerged continent—only its highest mountain peaks protrude above sea level.


These ancient subduction zones are created by continental chunks falling down into the mantle.
You can read all about it in this decade-old Scientific American Special edition: link

originally posted by: windword
a reply to: Snarl

I thought the Lost Continent of Mu has long since been established!


Ancient Drawings of Where Mu Was Supposed To Be

You thought wrong.
"Mu" (originally spelled "Moo") was a mistranslation from a Mayan codex (the Madrid Codex) by Charles Étienne Brasseur de Bourbourg and was glommed onto by Augustus Le Plongeon and later re-glommed onto by James Churchward.

The Madrid codex primarily contains almanacs and horoscopes used by Mayan priests for their rituals and says absolutely nothing whatsoever about any ancient continent.

originally posted by: ancientthunder
a reply to: Marduk

Are you saying that 60 million year old cities are not possible? How about fossilized cities?


Are you saying that the Flintstones was a documentary ?

posted on Feb, 19 2017 @ 09:03 AM
link
I think it's more likely that when Gondwana broke up...& the Australia/NZ landmass drifted away from the much larger piece of that ancient super-continent...

the info being passed around at this moment gives one the impression that a huge area of lands which made up a African sized landmass of arid land (Antarctica-Australia-NZ) was a living habitat for billions-of-years...

that is not the reality of the processes creating the NZ lands separate from Australia & Antarctica... which also separated itself from the Africa & Arabia lands


The Madrid codex primarily contains almanacs and horoscopes used by Mayan priests for their rituals and says absolutely nothing whatsoever about any ancient continent.


The next question, the answer is going to be Philip Sclater's 1864 article "The Mammals of Madagascar"

Flintsones was a mockumentary, you wriggled yourself out of that one very well Marduk. I will give you a flag on the next OP you do, just for that. besos. 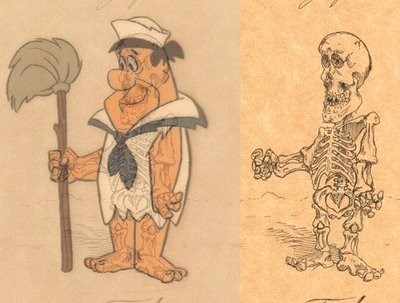 All mythology & legends are just that until they are academically verified. Sociologists & Archeologists, by nature of their fields of study, are the first to "believe" mythology & hypothesize the location of evidence of the true nature of the myth or legend. It is the "job" of sociologists & archeologists to surmise the lifestyle of ancient sites based on archeological finds. There is hard science involved from basic carbon dating to new technologies like LIDAR. However, less "hard science" things like how or if pottery was made & decorated, burials & funereal inclusions, signs or symbols of deities, etc... is also very important in deciphering how they lived their lives & perhaps from where they came. The thing is how the available artifacts are interpreted. Sociology & archaeology do alot of "surmising" based on prior evidence, education, mythology, etc... There's alot of guesswork. Think about how long "they" "surmised" dinosaurs had either scales or amphibian like skin but just a few weeks ago, it was fairly definitively found that some were, in fact, feathered. It seems to me that an archeologist would be more inclined to "believe" in oral tradition, mythology & legend than, say, a chemist.

All mythology & legends are just that until they are academically verified. Sociologists & Archeologists, by nature of their fields of study, are the first to "believe" mythology & hypothesize the location of evidence of the true nature of the myth or legend.

It seems to me that an archeologist would be more inclined to "believe" in oral tradition, mythology & legend than, say, a chemist.


Archeologists have to look for places to dig. One consideration (of many) must be mythology and legend.
The decision of "where to look" has to be made somehow.

For two months, a team of 32 scientists from the International Ocean Discovery Program explored a region—being called Zealandia—that lies just east of Australia. Zealandia is roughly the size of India and is only now being explored because for many years it sat unknown, at depths ranging from 8,000 to 13,000 feet below the sea. The researchers collected a host of data, including by drilling into seabed, retrieving 8,202 feet of sediment cores.

In these cores, the team found records of life in the region dating back millions of years.

"The discovery of microscopic shells of organisms that lived in warm shallow seas, and of spores and pollen from land plants, reveal that the geography and climate of Zealandia were dramatically different in the past," Dickens added.

Zealandia. Yet another continent that fell below the surface of the ocean.

Well, now we get to wait for the core samples to be analyzed to find if there are large animals present. The microscopic fossils already found in the sample is proof It resided in shallower waters (same source). I wonder what else they will find? I wonder if they will tell the world?

originally posted by: bigfatfurrytexan
sorry....not buying it. Its obviously connected to the continental shelf of Australia. Its part of the Australian continent.


SciAm wrote about this in 2005, and it was old news then. It's mentioned in this special edition.

posted on Sep, 28 2017 @ 10:31 PM
link
Earth's distant history eludes all of us. We just don't know. While Graham Hancock will say that we are presently a species with amnesia, he is talking about an era that is less than 100,000 years ago. What about hundreds of Millions of years ago?

We have OOPArts that elude to very sophisticated "cultures", but they are so bizarre that mainstream Science has to look the other way. I always found them so much fun to investigate, and , sure enough, many have been proven by science to be fake as well, which is good, and one of the purposes of science.

There are a few beauties out there:

17 OOPArts worth knowing about Credits to Epoch Times.

Too much Taro.... have you ever seen what that sheete can do to you ?? lol