The Trump Madness Is Spreading

1. In the comments to the following article you can read Trump supporters calling actual Trump quotes which were not taken out of context "fake news."

2. I posted a thread on another forum concerning Trump's tweet about his claim that "Crimea was 'taken' by Russia." In that thread someone called the tweet "fake news" because I linked to a CNN article about the tweet. When I gave the person a link to Trump's Twitter page, they insulted me and refused to continue the conversation.

The three examples above are exactly like Trump's inability to cope with the fact that his electoral college victory was not that impressive.

Donald Trump said Thursday that his victory in the 2016 election was "the biggest electoral college win since Ronald Reagan."

It's a claim that Trump has repeated numerous times since November. And by any measure, it is flatly and demonstrably false.

Trump officially received 304 electoral college votes when all the counting was over; he would have notched 306 from his performance on Election Day, but two "faithless" electors did not vote for him when the Electoral College met in December.

Trump’s Electoral College Win Was Not the Biggest Since Reagan

How do those of us who are still sane deal with this?
edit on 18-2-2017 by Profusion because: (no reason given)

From all that went down in that event, that Electoral College thing is the best Shepard Smith and yourself have got?

Poor you. Would you like some candy to cheer you up?

What if the shadow government and Trump are puppets to an even higher group that is so unknown nobody knows about them?

The electoral college example is a particularly striking one from the last press conference. I was going to make a complete list of the other questionable claims Trump made during that press conference but there are too many. It's unbelievable.

9th Circuit not most overturned

Mostly False: Media has "a lower approval rate than Congress."

Evidence mixed on inheriting 'a mess'

On his relationship with Putin

What if the shadow government and Trump are puppets to an even higher group that is so unknown nobody knows about them?

Who controls the Vatican?

I think that goes without saying...

Dude, Trump is in the position he's in for a reason. There is absolutely no point in fighting it. He was meant to win. The sooner you realise that, the sooner the pieces of the jigsaw will fall into place.

originally posted by: starwarsisreal
What if the shadow government and Trump are puppets to an even higher group that is so unknown nobody knows about them?


If that were the case I don't believe we'd see the unprecedented psyop by the deep state MSM puppets that we are seeing.

They are having a for real hissy fit and that should tell us something.

i think Trump is everything that a politician is, says and does or should be...He believes in himself to the point where he doesn't care if he makes a mistake/gets caught in a lie(?)( it's like water off a duck with him)
and wants to do what he said he is going to do (whether his actions are good or bad, i have yet to see/form a solid opinion and will watch his movements)....plus he wins folks over with his silver tongued self confidence.

i'm wondering, if he has listened or watched confidence/manifesting lectures or as i wonder of all presidents when they are first in office...is he evil, the anti-christ...or just doing his job?

Whether he is deliberately lying or making a mistake seems to be the real argument, IMO.
Good to see you posting Profusion!

Well they certainly portray that narrative...


How do those of us who are still sane deal with this?

Trump is good for America, and the stability of world peace, I really mean that.. the media is just poking at him because he is new in the field of politics


But what if it's purposely planned? What if Trump was used to replace the old guard with someone new.

They did that in the French Revolution were they took out the old aristocracy and replaced them with a new TPTB. Actually there was a thread about this.

Trump believes in himself but don't doubt that he's had "the word". Henry Kissinger more than likely ordered him to tow the line.

You actually replied to someone. Shocking!

Perhaps he couldn't imagine any approval rating being lower than the MSM? 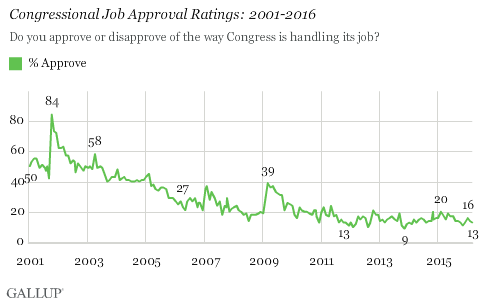 Wow I didnt even expect that!


DBCowboy
+6 more
posted on Feb, 18 2017 @ 01:36 AM
link
Life would have been so much better is the leftists had just staged a coup and placed Hillary into the throne.

I'm so sorry you have to suffer with the Trump administration.

I can't imagine your anguish and sorrow. The pain must be unimaginable.

originally posted by: starwarsisreal
But what if it's purposely planned? What if Trump was used to replace the old guard with someone new.

They did that in the French Revolution were they took out the old aristocracy and replaced them with a new TPTB. Actually there was a thread about this.


Then why would they try to destroy him if he were their guy? The MSM puppets would be like, "darn y'all, but he won" now in other news Syria sucks and we need to get on bombing them. Then Trump would be like, yeah kill Assad...Boots on the ground!

But instead we are seeing an unprecedented attack being played out in the media.

When it was the Bush crime family and Baby Bush said, "They hate us because of our freedom!" and "WMD's" the deep state press pushed it hard and we attacked folk that didn't have anything to do with 911.

Same with the Clinton crime family and the same foreign policy and MSM yes men. The party changes but the perpetual war never ends. Why?

The deep state got cocky and didn't expect a non-politician like Trump. They are freaking out and that tells me personally that, no, whatever he is, he ain't a globalist plant.
edit on 18-2-2017 by The GUT because: (no reason given)

To maintain the illusion that Trump is for the people. They did that in the French Revolution were the TPTB pretended they are for the people and looked how it turned out.

As long as Trump doesn't threatened the puppet master controlling him and the deep state, Trump is free to do whatever he wants.

These TPTB are nothing but fall guys to cover the track of their masters.
edit on 2/18/2017 by starwarsisreal because: (no reason given)

Trump's level of lying is unprecedented. Seeing his followers becoming equally as deceitful and dissociation as Trump is the thing that really concerns me.

originally posted by: Wide-Eyes
a reply to: Profusion

Dude, Trump is in the position he's in for a reason. There is absolutely no point in fighting it. He was meant to win. The sooner you realise that, the sooner the pieces of the jigsaw will fall into place.

I think the following story about McCain is huge. I can't recall anything like it for many reasons. I believe it's a sign that Republicans en mass may start turning against Trump sooner than we might imagine. Shepherd Smith speaking out against Trump is another good sign of that.

PredictIt is giving Trump a 74% chance of being President at the end of the year. That's really terrible.

Will Donald Trump be president at year-end 2017?

posted on Feb, 18 2017 @ 01:53 AM
link
I think what's bewildering is that they read what he says and don't recognize how he fumbles for concepts and avoids answers. As this transcript shows (about halfway down) he's unclear on security levels.

Oh, he's clear on which polls show him with a nice favoability rating.

I suppose what's happening in this Age Of Media is that people are listening to him and not reading and evaluating his words for the most part. I did catch a few supporters saying that they hated the way he talked. I'm not sure how many follow his Twitter account (I check it every few days or when something big happens.)

What happens when the President declares a group the enemy of the American people?

This is the most dangerous thing he's said so far, and his acolytes are lapping it up like sweet cream.