UFOS and memory loss, has anyone experienced this?

originally posted by: TruthJava
a reply to: Lagomorphe Hi Lagomorph. I would be happy to share them on here. Since that time I referred to in the posting - I have gone through an almost F4 tornado and lost all my pictures, but I am sure my brother has the originals. I will get them asap and post them on here!

Thanks Truth, that would be great.


originally posted by: beansidhe
a reply to: Kandinsky


Some researchers have taken the view that sightings are mostly psychological. That is to say they occur on some internal mental landscape that's broadly similar to how dreams appear.

This is what I'm leaning towards too as it explains why we see what we expect to see, given the cultural norms of the times, but...if this is the case, what triggers the synapses in such a way as to recreate the same (within a framework) experiences in so many people? Particularly in cases where there was more than one witness? It does suggest an external stimulus of some kind and so...back to square one.

that perhaps most successful advanced civilizations tend to evolve towards some sort of group mind.


It would be a newish ability, and not be reliable. Thus "telepathy" really doesn't work.. we aren't that far along.

There does seem to be a medium that some of us call "the Phenomenon" which acts as a mostly passive enabler.

Of course we humans love to blame all sorts of things for our actions rather than take responsibility for ourselves.

The phenomenon... There's that word again.

I have two story's

In 1981 near adelaide sa a spud farmer had just finished moving sprinkler lines and returned to his caravan.
It was 2.30am, after he sat down he could hear the dog in the distance barking.
He hoped up, stood in the doorway on tippy toes to see over the small hill, and he saw a bright white circle 20metres above the ground and 200 metres away. All he could do was say "what the hell is that" after seconds it started changing colour, from white to yellow then white to red, then it dulled its top and bottom of the circle so it looked like a cylinder, but he could just she its faint outline (it was still circle) and the cylinder turned orange.
It was soundless and motionless, and bright
After looking at it for about 15 seconds the farmers heart was beating so fast and hard, he said his chest was pushing out, like his heart was being pulled threw the ribs.

He jumped down behind the hill. Then he got angry, nothing had ever sceared him like that. He violently jumped into his car grabbed his gun of the seat and drove around and over the hill. It was gone, the spud farmer drove down the track to were it was and drove around the dark sheds. By this stage he was terrified, he sped back to the caravan fear building with every second that passed. He jumped in the caravan locked the door and layed in bed with his gun in a sweat.
After a minute the dog started barking agen, he was so sceard he passed out.
The next day he woke feeling good. But at smoko break he remembered and while telling his aunty, and saying he should go to the papers. The dogs owner who was a ww2 vet and lived 500metres away, indicated he should not tell her, then the veteran layed on the back of the potato harvester and had a turn. The aunty quickly rushed him to care. And by the end of the day the lad farmer had forgotten completely, for eight years until he was reminded. He still says it pisses him of, not that he seen something but that he forgot about it.

And in 1991 a couple driving home saw 6 green lights that turned blue and green and seemed to be playing. They drove on, near the end of there jurny they were 20 km from home, a bright molten fireball came in at low trajectory and shot just in front of the car just missing it by metres " they were doing 100km" they stopped on the hill in shock and could see it glowing down in the valley at night.
They drove home and the next day they both totally forgot about it. For two years

posted on May, 16 2017 @ 05:05 PM
link
I've had a few sightings. But my only experience of memory loss was the last moments of my second experience. It involved a biological entity. A huge bioluminecent jellyfish with tentacles that my neighbor and I observed for almost 10 minutes on November 16th, 2011 just east of Corona, CA. I remember the entire event with the exception of the end. Watching it leave, in a curtain direction, until it was out of sight... is just blank. To add to the strangeness of that particular event. Maybe five minutes in, I remember almost becoming 'uninterested' in what we were looking at and came close to going back inside my house. I know, crazy - right? My neighbor actually did go inside. I had to tell myself, "Hey, do you realize what's going on here? You're not going anywhere". There's no doubt in my mind that this alien had the ability to manipulate your perception of it, on the fly. Who knows what else. Something like that would come in handy if say... you ate cows and needed a way to control and keep them calm before mutilating them..(?) So, after I convinced myself to re-engage, this entity contacted me telepathically. In my voice. Like you hear your own thoughts. It was about 6:45PM at this point. Dusk to the point where stars were quickly becoming visible. What I heard was a request to look directly over my head and acknowledge a very small group of stars. I did look straight above and sure enough, there was a small group of stars that I've never looked at before, never knew was there, never had a reason to. The next message was something like, "We are..." then stopped. I anticipated it to finish as, "We are from here", but I clearly sensed the message reworded to, "We are a part of this. Or we are associated with this area", something to that effect. Soon after this is where I lose memory. That communication was forgotten too, for about 4 days. Then it just popped back into my head as I was driving home from work. I raced home, arriving around dusk. Noted the relation of that cluster of stars to the Orions belt constellation and immediately jumped on the internet to see if I could find any alien related info. The first reference on the screen almost knocked me out of my chair. That small cluster of stars turned out to be the Pleiades star cluster.

The pictures of the metal fragments are too big to upload.
Or maby I'm doing something wrong? 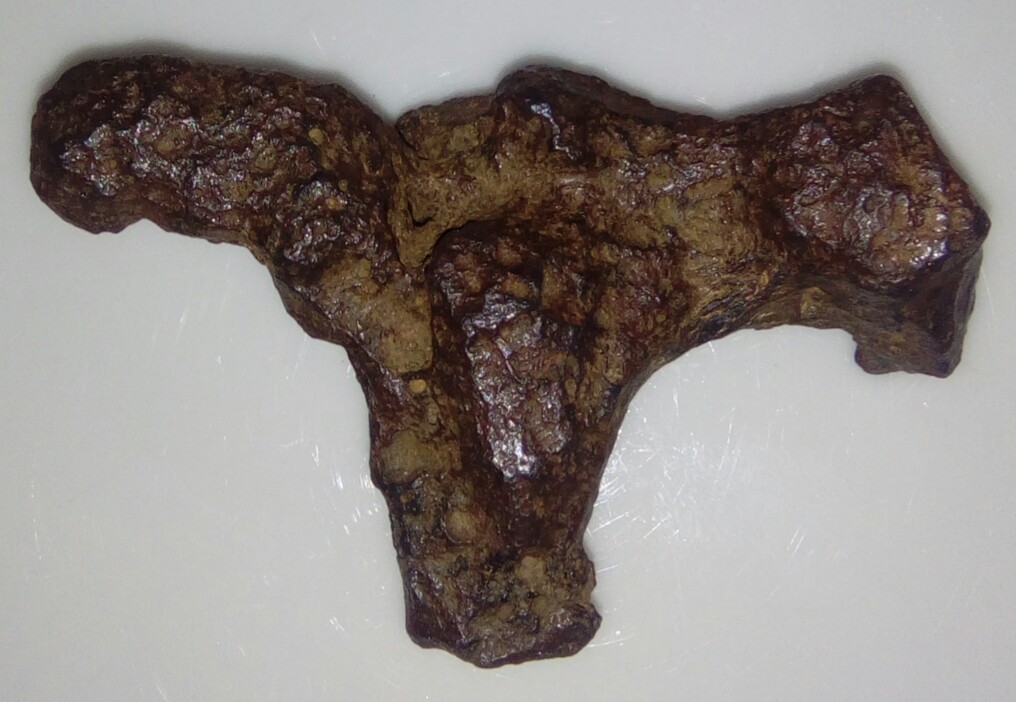