Having lived in both countries with family on both sides of the border, it's good to see the mutual understanding between these leaders, despite their differences, about our common history and willingness to work together to benefit North America as a whole.

Topics include women in the workforce, the Syrian refugee crisis and NAFTA renegotiation.

I was impressed by Trudeau's English language skills. Glad to see this collaborative understanding taking place.
edit on 13-2-2017 by FamCore because: (no reason given)

posted on Feb, 13 2017 @ 03:59 PM
link
I'm sad that Trump didnt give his condolences for the death of Justin Castreau's father this past year. Boo!

This is probably why he hasn't been very vocal about Trump's trade policies on NAFTA and Mexico. Canada can only benefit from a renegotiation.

Yeah, it kind of blew my mind when he praised Fidel Castro whose regime represented the polar opposite of the policies promoted by his party. Maybe the US elections have taught him that pandering to the hard-left is never a good idea.

Then again, this is the guy who said that calling Muslim honor killings 'barbaric' is offensive.

I hear Kevin O'leary is a rising star in Canadian politics right now, some even liken him to the Canuck version of Trump. Trudeau better start getting his act together.

posted on Feb, 13 2017 @ 04:12 PM
link
I started to listen to it earlier but ....it sounded too much like a political boiler plate speech .yada yada yada bla bla bla ...I think Justin has a mess to deal with at home within his own cabinet and the policy signals hes sending. The hawkish Russian with the pro-Kiev stance and the Assaud must go meme hasn't gone away ...Not sure how he is going to square that circle .

Relations were especially warm in the 1970s and 1980s during the time when Pierre Elliot Trudeau was the Prime Minister of Canada. Trudeau spent three days in Cuba and sparked a lifelong friendship with Fidel Castro.The visit was also the first by a Western nation to Cuba since 1960.

Fidel Castro was among Pierre Trudeau's pallbearers at his funeral in 2000.

It's a meme created by Rebel Media as a joke in response to this interview.

I believe it was a meme created in response to this interview.

Still, it is dishonest misquoting someone like that. Now people believe a lie.

It's satire, so it takes a sense of humor to get it.

"Still, it is dishonest misquoting someone like that. Now people believe a lie."

Much like the (American) "Hands up Don't Shoot" lie.

Yeah, and promoted by the MSM ad nauseam.

Yeah, it kind of blew my mind when he praised Fidel Castro whose regime represented the polar opposite of the policies promoted by his party.

He was taking Obama's lead: 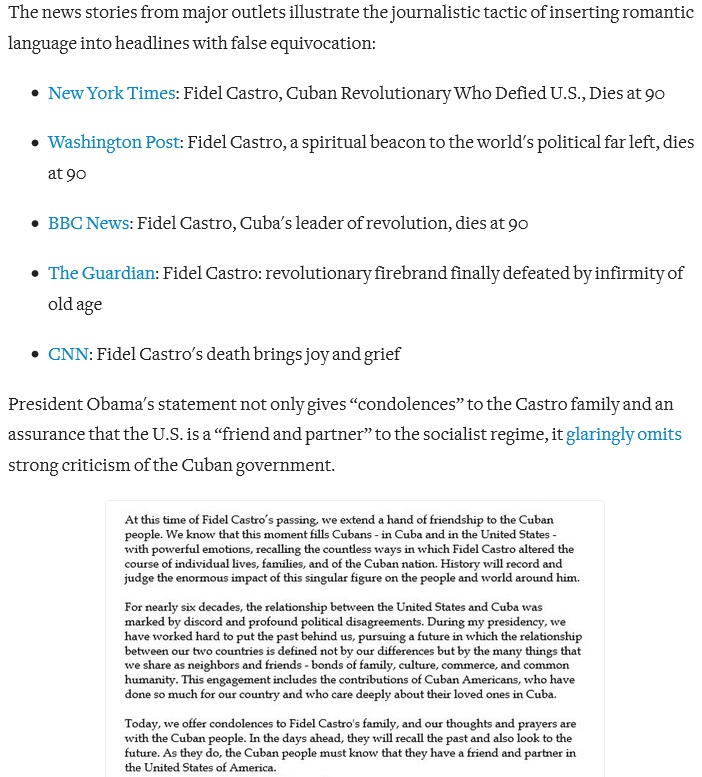 edit on 13-2-2017 by IgnoranceIsntBlisss because: (no reason given)

Isn't there a conspiracy theory that says he is Fidel Castro's son?

Is Justin Trudeau The Son Of Fidel Castro?

I have to admit, the similarities between Trudeau and Castro in his younger years is kind of funny.

Holy crap, we're being led by a French Cuban Canadian 😳

No wonder Canada Cuba relations have been warm and fuzzy....

posted on Feb, 13 2017 @ 07:11 PM
link
I'm watching the press conference now, although I saw the tail end of it earlier in the day. I'm glad the Trump administration has positive feelings about Canada and that President Trump was very diplomatic at the event. I think he is getting the hang of these things more, with practice.

In other news, there is a rumor going around that Sarah Palin is being considered for US Ambassador to Canada.

This is getting mostly negative responses, as far as I can see. I'm not going to name names and trot out the most egregiously malicious statements that have been made apropos of this subject. Instead let me be the first to extend a cordial welcome to the idea of Sarah Palin as ambassador. Alaskans are practically from the Yukon anyway, so adjusting to "life in the north" is certainly not an issue.

There seems to be a consensus that Canada deserves a "heavyweight" ambassador, as befits our self accorded status in the world. One of the peculiar neurotic threads that runs through the Canadian personality is an apprehension that we are not being given enough attention by the United States. We want to be noticed and flattered.

I want to remind my fellow Canadians that there is only a slight difference between being "taken seriously" and being "seriously taken".

Sarah Palin has been called a mouthy loose cannon and is considered a light weight.

"Serious" Canadians would like to have a "serious" ambassador. They want tight lipped Lex Luthor of Goldman Sachs and the IMF running a white gloved finger along the base boards of the economy, looking for places where the paint is a little thin.

I feel it my duty to urge the President to ignore the trouble making press on this occasion and to appoint the lovely and loquacious Ms. Palin to the post. I love a good natter about government and I certainly don't consider Sarah Palin anything but the soul of discretion and decorum.

She would be perfect for us, if only we were bright enough to appreciate the fact. 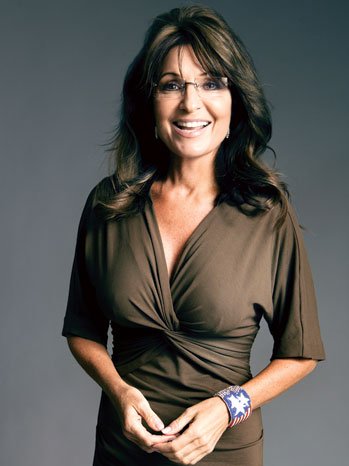