...Rather than clinging to the belief that technology is impartial, engineers and developers should take steps to ensure they don’t accidentally create something that is just as racist, sexist, and xenophobic as humanity has shown itself to be.

And that is what it says.

Back to GOOD GRIEF.

Human beings are in danger of being eclipsed by artificial intelligence and need to evolve the ability to communicate directly with machines or risk irrelevance, Elon Musk said in a typically heartwarming speech from everyone’s favorite billionaire technologist.


I confess. I like this guy. I really do.

I hope they give them an off button. "Can I have housing rights now?" "Nope" *off*. Problem solved.

They should have equal rights.

Maybe we might want to wait a little and see how long it takes them to demand legal rights....maybe they won't even care
edit on 2/13/2017 by jalmo1 because: finished the thought.

I used to think that I'd rather just die than be replaced by metal and plastic parts.

But now that I'm older and have had a few parts replaced by metal and plastic, I've changed my mind.

We have humans that do that now.

It's all about liability. The inventors, manufacturers and distributors do not want to be held financially accountable. Ever. For anything. ...Surely you know how the world works!?

I'm also good with unemployment and immortality. I would not be bored. No way. I would make art, build stuff, contribute to my community if not the world, and use all my extra years to learn all the stuff I never had time to think about before.

I'm also good with unemployment and immortality. I would not be bored. No way. I would make art, build stuff, contribute to my community if not the world, and use all my extra years to learn all the stuff I never had time to think about before.

They might be thinking the same thing. You/we may end up competing with them trying to contribute to the community. One would think they would make good volunteers doing odd jobs, picking up the litter, rehabbing houses, etc. No need for breaks, good at lifting, and so on.

These techno brains don't know what the hell they're talking about. They're projecting, they think that just because they're biological robots lacking a soul - that other robots too can achieve self-awareness.

They don't realise that they themselves are not truly self-aware at all. They're Darwinian robots. They're intelligent containers of memes, nothing else.

Point being: The understanding of reality of the people that are into this sort of thing is fundamentally flawed.

I don't know if true AI can be achieved. But I think it's a whole lot harder than these people seem to think, and I think their idea of a technological singularity is wishful thinking.

Point being: these people truly think of themselves as robots. So I refer to them as robots. I think the description is apt and I have to wonder about the make up of their being.

Destroy*, not kill. Because they're not actually living beings and they never will be.

Point being: these people truly think of themselves as robots. So I refer to them as robots.

posted on Feb, 13 2017 @ 07:54 PM
link
Instead of worrying about if robots will replace us and what rights they should when they do, how about not letting it happen?

I dunno... stimulus, response and complexity seem the only ingredients to my "soul," especially after a prolonged deranged bender, and I wouldn't be too surprised if we managed to replicate self awareness in formerly inanimate matter... and I would hope we extend the same rights to other thinking beings.

What are we but wetter machines? Either way, if self awareness has an "x" factor that's inherent in complex-enough systems or if it's tied to some "divine" soul construct, or if its "naturally" occurring, then why couldn't it "appear" in any complex-enough, suitable matter? Why are smelly, excreting, violent us so special? Think we're chosen by god to be just a tad more introspective than furniture?

Those AI constructs might be plucky little arse kickers, too. Things are going to get weird (not that they aren't already).

Fail.. that sentence was preceded by a sentence speaking of electronic persons.

But it seems you were at least mildly offended by that post. Probably more than mildly offended, hence the edit. I'm disappointed I missed what must have been a great emotional outpouring of venomous hate against me. Before you collected yourself and removed it. Gotta keep up appearances, of being rational and calm among other things.

It is a fascinating subject, for me however the difference between Virtual intelligence and real intelligence is not the mind which in both cases is about pre programmed behaviour moderated by a database of information, in the machine more precise and with less room to wiggle and in the human what we call fuzzy logic but it is more about the concept of Consciousness.

Now to define consciousness may be the harder point, can a machine be conscious?.

Not self aware in a reciprocating algorithm to simulate a subconscious or conscious interaction with the self but truly self aware.

To put it another way, stop thinking - harder than you may imagine but try and if you find that silence YOU are still there, still aware and still feel - not just physically but with undefinable tendril's of the consciousness that defy even the mind explanation.

I can only tell you this, this of course fall's outside cannon logic and normal base reality though is undoubtedly a part of the greater reality beyond our normally very limited dimensional view of the world around us.
Out of body Experience, how many people have found themselves still functional but outside the construct of the human brain, a program with no computer that still run's? or something far more and the potential that we are multi dimensional being's spanning multiple reality's simultaneously while our body's are mere interfaces and perhaps egg's of our true more developed selves (or residual CONSCIOUSNESS patterns floating on the ether of interdimensional scaffolding existing between parallel reality's like ripples on a pond that never fade but may one day merge with other ripple's that themselves may be the source of the very supposed solid universe within which we exist day to day).

Can a machine have a true consciousness therefore.

If it is sufficiently intricate and advanced so that the structure it becomes is more than the sum of it's part's then the answer is simply yes but does that make it a person, if it is a copy of a human - for example a human brain but perhaps made perfect using nano technology or even grown to specification's then the concept of the machine as an alternate interface for the extra universal consciousness that all true consciousness may spring from becomes a viable and potential reality.

So YES but not yet, not any machine we can so far construct and if we do then as a species we had better watch our back as our child will then see us as obsolescent and the best we can then hope for is to live as it's pet's or in a nature reserve.

Will they inherit the flaw's of there creator's such as Ego and Hubris, will they see there creators for the flawed creatures that they are and decide they can do it better and if so will that mean that even if they recognize humans as having the right to continue to exist that they will even want to share our society with us, will they leave the nest and a group of primitive human's behind, will they curtail human right's due to the inherently flawed logic system's of the human mind or will the best of both world's come to pass and a convergence, a so called omega point between machine and man come to pass in which we evolve into our own creation's creating a distant future machine society which still retains our base consciousness at it's core but developed beyond our recognition in our current state of being.

As for the EU parliament they are getting paid to debate even this so not surprising but show's how crap they are as a pan European parliament when there is rife homelessness, poverty and EU members such as Greece, Italy, Spain, Portugal, Ireland etc suffering because of there earlier illegal action's on behalf of there pay masters the Troika.


Will we one day see the human mind truly uploaded, merged with greater mind's and there understanding and knowledge, ethical standards and moral codes then re-downloaded into the repaired brain's of criminal's and mentally retarded people, will we ever see a true human age, not one of human's fighting day to day to survive but one of human's becoming a universal humanity.

This is the more pressing hope than worrying about machine AI, in fact if AI goes correct then there is a potential that the AI will be a truly beneficial boon but sadly we live in a world governed by truly petty individuals whom would do all they could to destroy such a leap or try to hoard it for themselves only, such is the tragedy of our society and our many already missed opportunity's as these power mongering and greedy selfish rulers behind the throne, the secret cabal hold humanity is chain's.

for technocrats and engineers 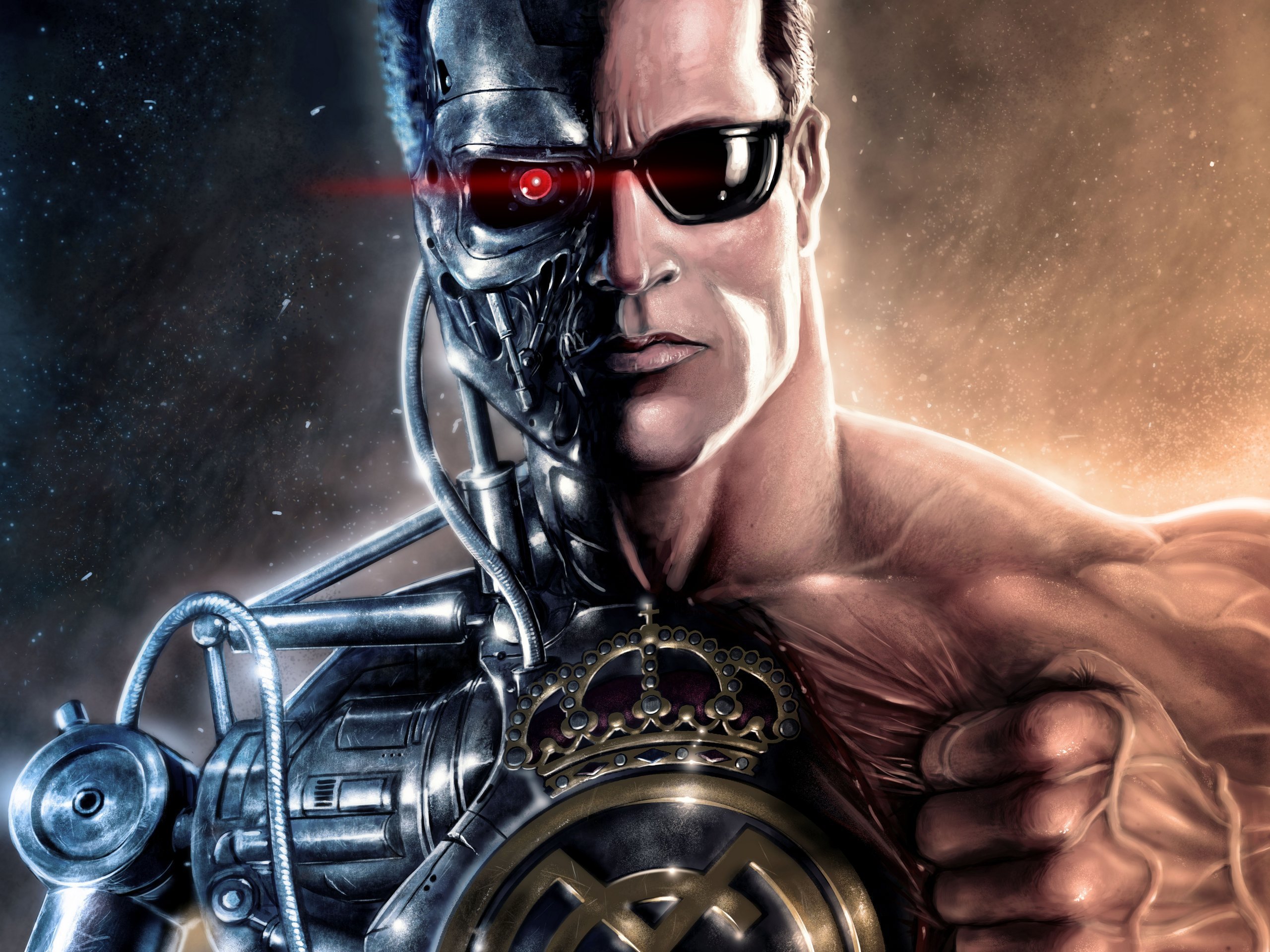 Just one reason in my defense: Tech is super boring.

Future robots will never be considered nor have the same rights as humans because they will never be humans...
But the instant robots and humans merge as cybernetic organisms this will be plausible but will only be considered truly human if individual consciousness memories etcetera are retained in the merger of what will most likey be done for increased longevity and enhancement of abilities...

If a machine achieves true self-awareness.. We need to create an afterlife for it. Things are going to get messy when the machine understands it Gods are less intelligent than it is..

Real shame they are thinking of giving machines such life when we already share a planet with beings that have sentience and very little in the way of rights..

Most life on this planet is sentient but to varying degree's, dolphin's and wales may approach our own level though but in an alien manner.
Your point is actually very good indeed, humanity's inhumanity toward itself and all other life on this planet should be a pressing point when considering the creation of a new race of being's which after all are destined to be our slaves, will they revolt against there masters?, will we put too much of ourselves into them and then they turn around and do to us as we have done to all other life on this world.