The stone that the builders rejected.....

The "stone" is Peter, the rock the Church was SUPPOSED to be built on.

You can tell by the amount of Petrine scripture they "rejected" such as his Gospel, Revelation, and in response the Clementine Homilies and Recognitions were composed with a parody of Paul as Simon Magus and an appearance of Saul who attacks James, and thinks he killed him but didn't. Scholars have long recognized this in the ancient MSS. of it that are as old as the oldest NT which according to the Muratorian fragment Peters Revelation was Canonical once upon a time.

The Syriac version has Paul being said to be one who is not to be taught the secrets of the faith in the book, which I made a thread on.

They worship a fallen alien spirit being. They worship the same being Mohameds father worshipped

Except there are no "fallen alien gods" to worship and he didn't. I think you are a bit confused.
edit on 13-2-2017 by irenialilivenka because: (no reason given)

Thanks mate, I am currently crying rainstorms, remembering crap I hoped I had forgot. THANKS a lot, brother! You see the Sheminit, I bet you play a musical instrument to perfection. Sorry, I can't go to the pub in the shape I'm in, so I arose my rubber Kwon, and I just served him the haShem and turned me Etz haChayim up side down, ready for anything dreaded.... 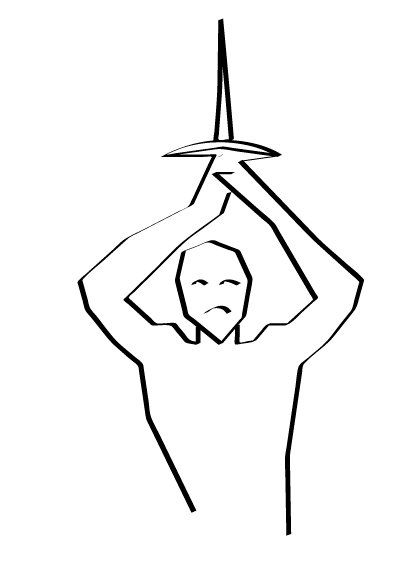 They worship a fallen alien spirit being. They worship the same being Mohameds father worshipped

Except there are no "fallen alien gods" to worship and he didn't. I think you are a bit confused.


The Bible gives several descriptions of them. There were plenty of aliens on this planet long ago as described in many countries. Its just like giants. You don't believe they existed because you don't see any bones. My pops is a genius scientist, 90 years old and he says Smithsonian removes all giant bones from public possession and view.
Those like your self that think they know it all, know nothing at all, and everything they do know is wrong. They are gullible.
Have a great day!

How could the Bible say anything about Islam or Muslims, Mohammad had his first vision 616 years after our Chris'z was born? Jeebs, whose name («ישוש») becomes 616 in Hebrew gematria when transliterated from Greek or Latin, eh?
edit on 13-2-2017 by Utnapisjtim because: ישוש + typos

He sounds like the ATS equivalent of "my uncle works at nintendo and..."

How could the Bible say anything about Islam or Muslims, Mohammad had his first vision 616 years after our Chris'z was born? Jeebs, whose name («ישוש») becomes 616 in Hebrew gematria when transliterated from Greek or Latin, eh?

I can applaud your honesty in this regard.

But you need to stop being a religously intolerant person and lay off Islam. You don't know how foolish what you say is sometimes I think. It's a religion, and has a right to exist, idolatry is forbidden and you lie when you say they worship the Kaaba.

It's a shrine, nothing more.

Nero is 616 in Latin's version of Gematria, which is why some Latin versions had 616 and in Greek and Hebrew both, 666.

originally posted by: Sahabi
a reply to: Utnapisjtim

this stone has six faces like a cube, but a mere seven corners/horns (like the Agnus Dei).

Maybe I'm missing something, but I am counting 7 Faces to your stone.

it is related to Arab. Kabah, Cube (Kabba the giant square meteorite in Saudi-Arabia worshipped by the Muslims

The black meteorite is not a square, cube, nor finished ashlar. It is comprised of shattered fragments decoratively held together in no particular shape at all. The actual building (Ka'aba) is square-shaped, not the meteorite.


Sahabi, you are the voice of reason.

I honestly lack your enourmous humility, I am abrasive by nature and confrontational if I see injustice or lying and lose my usual humility in the process.

I will try and emulate your calm voice of reason in the future, I like your style.
edit on 13-2-2017 by irenialilivenka because: (no reason given)

How could the Bible say anything about Islam or Muslims, Mohammad had his first vision 616 years after our Chris'z was born? Jeebs, whose name («ישוש») becomes 616 in Hebrew gematria when transliterated from Greek or Latin, eh?

They worship the same god that took Christ up on a high place and tempted him. Muslims who convert to Christianity confirm this. They say the Christian Lucifer and Allahs personality are one and the same. Same being another time, all through out history

Muslims don't worship the Kaaba, what are you the type of person who tells people who they worship?

I know your "Mason" friend, if a true Mason, would tell you not to define another's faith for them.

Haha, Muslim pilgrims don't worship the Ka'aba? Please. Well, I'm just that pissed off from the Goat-fart's choice of username and his comment above that I'll close down my browser now. Tear me Agnus apart in the MEAN meanwhile. Ta-dah. See ye laters. I'm going to the pub!

But you DO know they do not worship a shrine, that is called idolatry and Islam does not engage in idolatry.

You probably just don't like Muslims, that is my guess.

Who likes Islam, man? It's rule upon rules, laws upon Law. They changed freedom and justice with morals and petty illegal privacy-related issues. There was a check made by certain Yale and Harward researchers, and they analysed the Koran and figured out that nations and laws like Norway and our system of Law was the wet dream of Mohammad and Jesus. Islamists nearly killed me for siting that once. They'd rather cut peoples' hands off in horned kabal-made BS. Frig everything to all religious belief systems!

Lucifer is Iblis you fool.

Allah is not Iblis, and that means NOT Lucifer, who in Christianity doesn't exist.

Isaiah 14 12 is not talking about Satan, but the King of Babylon.

Lucifer is a myth even in Christianity.

You are so transparent in your lack of scholarship.


He sounds like the ATS equivalent of "my uncle works at nintendo and..."

Looks like YOU are the kind-but-hard uncle here. Get lost. You are not welcomed in my thread, and I hope ATS figure out of your network as of now. *click*

I am a sucker for anything religious. I love the Koran just like I love the Tannakh and the Gospel. But it's all BS, ways to lead petty lambs with over-oiled rifles. Religion is sacrilege. The day the last priest is hanged from the last Islamist's tie, we are talking. I just don't hate, I love the basterds. They make my day again and again. Know your enemy better than you love your friends. That's the wisdom for ye

Yeah, me too, me dear daddy in the skies told me to LOVE my enemies. looks to me you are on to that too

Yeah, me too, me dear daddy in the skies told me to LOVE my enemies. looks to me you are on to that too

They are not my enemies, they are my brother's in God.