originally posted by: booyakasha
yep i fully believe they are all running protection for the child rape rings. Just look at the victims who speak out, they get hassled by the cops for talking because the cops are the protection.

Exactly what percent of the population do you think is cool with child rape?!?!


How few of the population do you think do not have a superhero complex and they are just waiting for the chance to save the day?!?!


It's easy to make those allegations when it's some other your talking about. But a broad reaching conspiracy of child rapists would likely involve your own friends and family.

When you think about it like that it's just plain silly.

I bet they wear uniforms too, One form. Like, that's obviously a conspiracy.

Next they will enforce unjust laws and we'll all be... oh wait..

I noticed the New Jersey State Police incorporates a triangle in their uniform. We better haul them all in for questioning!

I have to say that their uniforms are not very attractive.
New Jersey State Police

Automatic weapons, full gear get up.. and just where are the bicycles at?? For shame..

This is how our coppers love to be seen (ps: they'll beat snot out of you for jay walking though!!!) 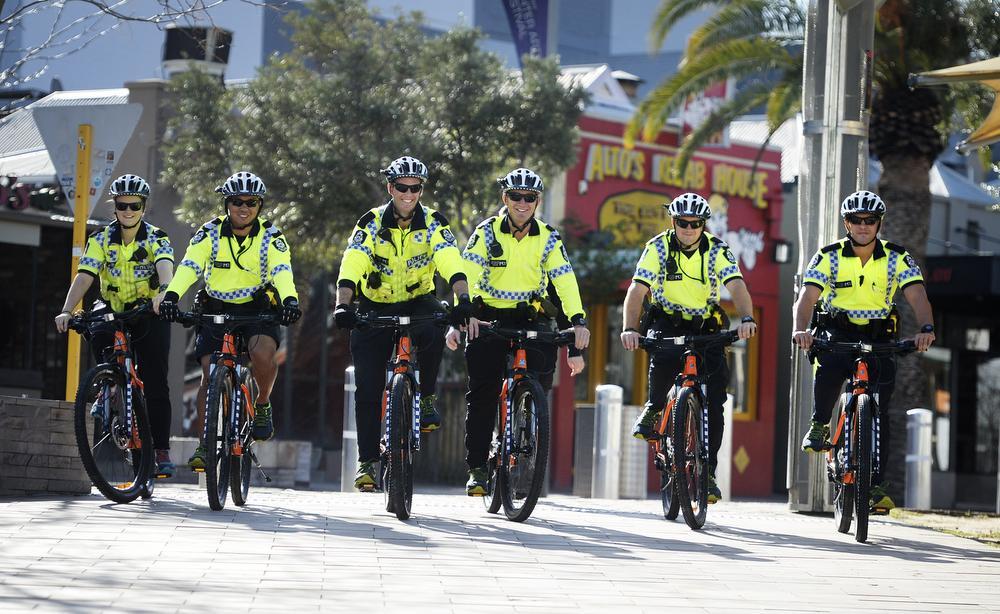 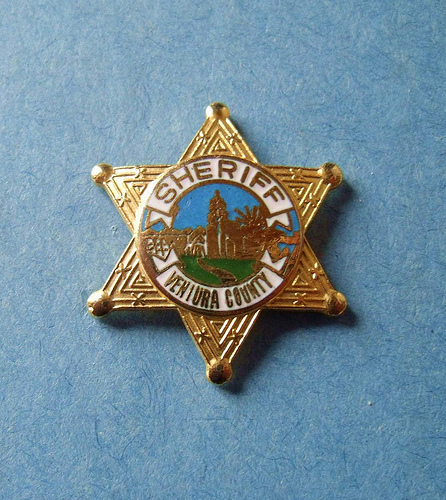 There's a ton more, I'm in the discussion on another forum. It's everywhere.

The bear seems to be part of their sick pedo cult too. Gives the term "pedo bear" some meaning. I always wondered where it came from.

I take this all seriously. This is not a joke at all.

I've read enough stories about this stuff involving day care centers in CA. Many other places.

I just wanted people to look and discuss. I think it is odd that the symbol looks exactly like the one on the FBI document. Even with the age, I haven't seen it anywhere else. I have looked.

I grew up in Cali too. Went to college in another county that has the same logo for their police department.

In my opinion these things have gone on long enough because police and higher ups haven't been doing their jobs.

Whoa!! That;'s rally messed up. I wonder who designed the badge, and how/why no one seemed to notice, or demand a change! Seems like they need one! Perhaps this is something like that Disney contractor who put the nasty image on The Little Mermaid cover? I'd say, whoever designed that, and whoever approved it, should be investigated.

originally posted by: Shamrock6
a reply to: butcherguy

According to LASD the badge has been in use since the 30s, when it was originally given to their "aero-squardron" and then given widespread usage in the 40s. So...been around a while, but who knows how long that pedo symbol has been around.

Always surprising when people who go out and look for symbology find exactly what they're looking for and are surprised by it.

"I must find triangles that represent pedo-.... ZOMG I FOUND TRIANGLES THAT MUST MEAN PEDOPHILIA!"

Good information!! So, perhaps, in this case, someone decided to use it for pedo crap after it was in use elsewhere. Hope that's the case!! It does happen; look at the rainbow.

posted on Feb, 14 2017 @ 11:12 AM
link
Does it matter that the pedo triangle symbol seems reversed from the triangle on the badge? That's the one difference I noticed.

I would say a very small percentage. However all you need is a a few at the top to stop investigations which is exactly what we see happening.

most of the presidents of the united states since we have been alive have been protecting child prostitution rings that they are part of.

These people are slavers, they do not give a # about you or I or anyone unless they are in their club. I don't think it would be too hard for the President to put his pedofile/human trafficking friends in positions of power to keep him safe. This runs from the top down, not the other way around.

This problem leads back to Rome. Buying underage sex slaves was allowed back then. When the public had enough the traffickers went underground and kept their power through blackmail.

Now it is finally starting to hit the masses of people that this is how the world has always worked. Your leaders and law enforcement are not there for your protection. They are there to keep the Elite in power.

I think the population is too brainwashed to realize their leaders are doing this. They obviously look up to them as great people who are doing their best to guide the world into a better future. Meanwhile the victims that speak out are silenced or ridiculed and the public continues to turn their heads the other way because they were told to.

And, no, a child rape ring wouldn't have to have any of my friends or family in it. Just very rich and depraved psychopaths with more money than they know what to do with.