“Al Franken has repeated his contention that some of his fellow senators think Donald Trump is “not right mentally”.
A few” Republicans are so concerned, the Minnesota Democrat told CNN’s State of the Union on Sunday. “It’s not the majority of them, it’s a few."Such concerns are expressed, he said, “in the way all of us have this suspicion. He lies a lot, he says things that aren’t true, that’s the same as lying I guess”.


Asked what senators said about Trump “behind closed doors”, he said: “There’s a range in what they’ll say, and some will say that he’s not right mentally. “And then some are harsher.” He added: “That’s not fair. That was cheap. There are some who I guess don’t talk to me. I haven’t heard a lot of good things, and I’ve heard great concern about the president’s temperament.”


Franken also said he would have spoken up if he had been in the room this week when Trump reportedly told a group of Democratic senators: “Pocahontas is now the face of your party.”

“Pocahontas” is the president’s derogatory nickname for Senator Elizabeth Warren of Massachusetts, a prominent critic who has claimed Native American heritage.

“I heard this from a couple of my colleagues who were there and I would have said something,” Franken said.

“[I would have said] ‘Mr President, with all due respect that’s racist, please stop doing that, I am on [the committee on] Indian affairs, this is completely unacceptable.
“You really should stop doing this, it doesn’t serve anybody. Something like that.”

This has just come out this evening - is it feasible that there are real worries brewing in the Senate and that Franken is testing the water ?

xuenchen
+21 more
posted on Feb, 12 2017 @ 06:42 PM
link
If he's all that worried about Native American comments, maybe he should be questioning Senator Warren's claims from a few years ago that she failed to prove.

Any chance Trump critics get to disparage Trump they just can't help themselves.

Franken also said he would have spoken up if he had been in the room this week when Trump reportedly told a group of Democratic senators: “Pocahontas is now the face of your party.”

People were Calling Warren Pochontas for years long before Trump ever ran.

TinfoilTP
+7 more
posted on Feb, 12 2017 @ 06:50 PM
link
I hope Trump calls her that every time, it reminds people of her mentally unstable public false claim.

posted on Feb, 12 2017 @ 06:57 PM
link
My only question is: could this be a sign that Senate is having missgivings and have 'endorsed' Franken to get the word out, could Senate be seriously thinking of pulling the plugs out on the Pres ?

hangedman13
+2 more
posted on Feb, 12 2017 @ 07:00 PM
link
Funny all this when quite a few Sitting Senators could have their mental health questioned. Ahem, Nancy Pelosi.

Not a hard thing to do..the dumbf#ck keeps opening the door.

originally posted by: Damiel
My only question is: could this be a sign that Senate is having missgivings and have 'endorsed' Franken to get the word out, could Senate be seriously thinking of pulling the plugs out on the Pres ?

That theory might be part of the continuing plan of deflection to keep the Congressional Democrats sidetracked.

So far, that plan has worked magnificently.

posted on Feb, 12 2017 @ 07:19 PM
link
Once agaon, the communists show their faces. Unless you think like WE do you are mentally unstable. 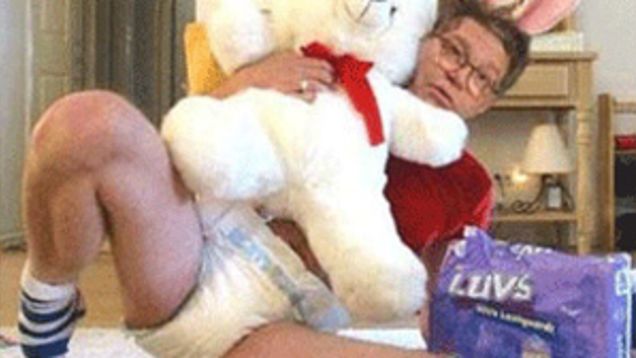 If California does succeed. That means Pelosi is gone.

And the Frankens would be up.

It would almost be comical.

I do believe Warren is from the Semihole tribe. Half assed Indians from Florida.


On a serious note, shouldn't Franken be more concerned with people using "high cheek bones" to get positions meant for minorities? Especially as he sits on the Indian Affairs Committee?

Unless you are, like me, a democrat. Then it becomes very frustrating and very annoying.

I'd have been better off not attending. Essentially it became a Trump rant-fest...instead of a "how can we make this work" fest that it should have been. I was shouted down...

I had a WWE moment before I left though... "This is why, you idiots, we've lost a majority of the state houses, most of the governors mansions, both houses of Congress, and the White House...simply because you idiots can't see past your own damned noses." Didn't quite drop the mike, but came close.

Given the looks I got, the commentary wasn't well received by my intended targets, which is why the Democratic party, unless they/we dig our collective heads out of our asses, it's going to be a long time before we're anywhere near what we once were.

With Franken, by all appearances, being pushed to the forefront of the party...I don't like the signs I'm reading. They're doubling down.

Now, tell me again who's got a mental defect .

posted on Feb, 12 2017 @ 07:41 PM
link
What does it mean to be mentally right? If someone doesn't agree with you, should we label them not mentally right? Where were these attacks when he was donating money to them all? Seems pretty shameful to accept money from someone with a mental handicap.
edit on 12-2-2017 by ExNihiloRed because: Typo

But there is this

Not sure if it would be any better.