Dead Whale With THIRTY INTACT Plastic Bags In Stomach - - - WHAT?!

Scientists in Norway found more than 30 plastic bags and other plastic waste inside the stomach of a whale stranded off the coast. Wardens had put the whale down after realising it wasn't going to live, and had clearly consumed a large amount of non-biodegradable waste. Despite the huge volume of plastic clogging up the whale's stomach, the fact it died from ingesting the waste was "not surprising", said researchers, as the volume of plastic in our seas continues to grow.

Now, im sure its 100 percent accurate.....but for some strange reason i just have a hard time believing a whale would gladly feast on a bunch of plastic bags STRAIGHT UP. Like...thats not a baleen whale or a whale with a giant cavernous mouth you know? Just thinking of the logistics of swallowing a plastic bag is enough to conjure up some doubt as to HOW it could even swallow it, nevermind the taste factor.


Can anyone offer up a rational explanation as to why or maybe more importantly HOW a smallish whale would or could eat that many plastic bags?

Also....unless the plastic is submerged under the water it tends to break up fairly quickly on the surface being exposed to UV rays. When you look up the "great pacific garbage patch" you find that its actually mostly super tiny particles of plastic, not full sized bags and other stuff.

posted on Feb, 12 2017 @ 09:56 AM
link
I'm guessing that it may have mistaken the moving plastic bags for octopus, or possibly jelly fish. Or, just took them in with water.

That bat #e crazy bag lady that has lots of cats was taking a paddle to wash her pee smelling cloths, said lady went a bit to deep into the sea and said whale ate her along with 30 odd bags..

The real tragic part of this story is a house full of staving cats all trying to eat each other in a feline version of resident evil...


Sometimes I feel I am wasted here.

posted on Feb, 12 2017 @ 10:10 AM
link
As Lolliek said its most likely the whale saw it and thought it was food.
A plastic bag floating around underwater looks alot like a jellyfish.

What a depressing story to read before going to sleep.
I normally only S&F threads I like but Ill do it here as the more people that see it the better

what kind of whale?

Sometimes I feel I am wasted here.


Me too!
2nd line
ganjoa


yeah the jellyfish thing does make sense. Im not a whale so i have no idea how they think. I just thought 30 is freakin insane and couldnt imagine how after the first bite it would keep on eating it....but i guess they tend to swallow things whole.


yes it is sad. And we wouldnt have this problem if we started using bio degradable plastic products such as those that can be made from vegetable cellulose (hemp, rice, corn, etc)

but for some strange reason i just have a hard time believing a whale would gladly feast on a bunch of plastic bags STRAIGHT UP.

Do you think a whale knows what a plastic bag is?

Do you think a whale sees something floating in the water and says, "Hey, it's a plastic bag! Bon appetit!"

On the contrary, it sees something resembling food, and consumes it, because...it's a whale and all.

i have no idea what whales think. I dont really even know how they eat. Like i said it makes more sense if the way this whale eats is by just gulping things down whole. I dont know how much sensory feedback they have in their mouth so perhaps there is no way for it to know once its in its mouth if its what it thought it was.

Yeah not so sure I believe the plastic bag narrative.

Have you seen Sonic Sea documentary? That explains very well why so many marine mammals around the world are beaching and stranding themselves..

Their environment and home has changed so much, the noise is too much for them to bear..

Did you know a whale can hear up to 1000km away? Around 60,000 ships on the sea everyday. Not to mention, oil drilling, military tests etc etc..

Watch the documentary, it is super super sad, but its important to know the truth!

posted on Feb, 12 2017 @ 12:43 PM
link
Sea turtles are also known to consume plastic bags. It's a pretty reasonable assumption that they mistake them for food. 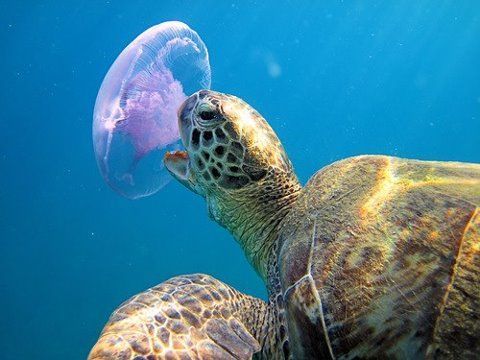 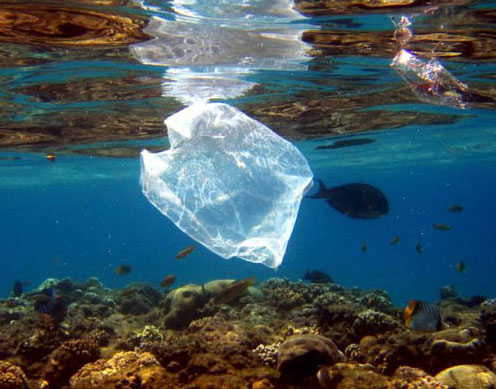 A previous occurrence.
onemoregeneration.org...
edit on 2/12/2017 by Phage because: (no reason given)

This behavior of swallowing nylon and plastics items is characteristic of beaked whales and other squid eating cetaceans as well as jellyfish eaters like sea turtles, who may mistake them for prey.

as some have stated that it is seen as food, it also be that there was actually food that they were going after in the bags and ate them with the food. my understanding is most whales have a great sense of taste, if true maybe it tasted the bags and the food was still on it, and it ate them.

saw this the other day, i was quite disgusted by it and also disgusted by the amount of plastic bottles & bags washing up on beaches. Seriously, it's a very big problem we've managed to achieve here.

Too many shops competing with eachother is the problem and too many Millionaires not caring about the problem is a problem.

They have the cash and have had the cash to do something about this for decades but they havn't. Instead they've bought up Sports clubs and paid huge amounts for sports stars and their wages! (Don't get me wrong, i like Football but it's become increasingly about the money) In fact since the year 2000 it became about the money. Now, if those same people spending Billions & Millions on sport could also spend those amounts on clearing up the oceans, I think we would all like those Billionaires & Millionaires a lot more.

yes very good point. However we agree that whales are among some of the smartest creatures on the planet besides humans right? How is it that a whale would do this AT LEAST 30 times and not have learned anything during each of those feedings on plastic bags?


it does still strike me as a bit odd.

still...im not a whale....so i cannot say....just reasoning as a human....but animals do respond to pavlovian training do they not? I mean...can eating a plastic back even 10 times not provide some kind of sensory experience that a reasonably intelligent animal might just register as sufficiently uncomfortable to be more cautious the next time around?


perhaps there is more at work here than just one influence......a confluence of many things perhaps.


However we agree that whales are among some of the smartest creatures on the planet besides humans right?

Yes, they are smart animals.

So, you think someone stuffed the belly of the carcass with plastic bags?

its a wake up call to whales everywhere - stay in schools.

i have no idea what whales think.

But you should know that they have no concept of what a plastic bag is...because they are whales.