posted on Feb, 12 2017 @ 08:21 AM
link
Those not in the UK probably don't have a clue what that title means but for anyone here in the British Isles Dot Cotton is about as iconic as the Queen.

June Brown has played the character of Dot Cotton in the BBC soap Eastenders since 1985 , although her character did leave the square in 1993 she returned in 1997 , the nation just couldn't do without her.
The chain smoking cleaner has become a part of the British family over the years and although I haven't watched the show for a couple of decades now I remember Dot with affection and am heartened to know she is still a fixture in Albert Square.

Happy Birthday girl and many happy returns , as any Eastenders viewer knows to survive that many Christmases in Albert Square is an extraordinary feat. 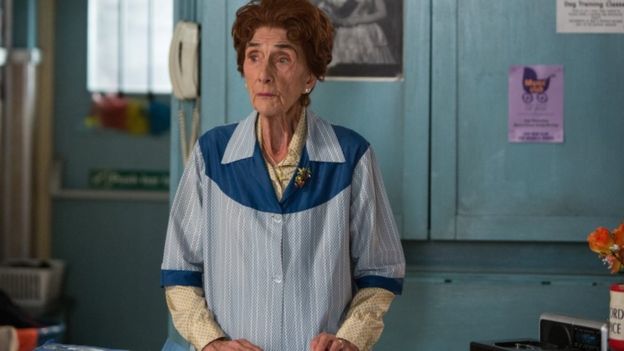 She told Radio 4's Desert Island Discs that her role was a reason to get up in the morning and said: "As soon as I get on the stage it's as if I have energy." A smoker in real life too, Brown chose tobacco seeds as her luxury item. Asked by host Kirsty Young how she keeps her energy levels up to act, Brown said: "I haven't really got very much now but I find when I get on set, my energy comes. "It's like people can go on stage and break an ankle and they don't notice till they come off. "I can be feeling like death warmed up when I come in, and then I'm alive. It keeps me alive."
www.bbc.co.uk...