Explain This Term Women Use.....

What she means to say is. "He's a nice guy, he prob won't react well if i tell him all of the # ive done with other dudes".

What were your reasons ? What would you say to another man about her who was interested in asking her out and asked why you haven't?

Just a few questions to think about that may put her answer in a clearer perspective. Then again I've been told by more than one male that men never really look at women as just friends, and a part of them will always try to have a more intimate relationship. I don't believe all men are the same 😏

posted on Feb, 12 2017 @ 08:15 AM
link
I used that term in the past when it was a guy who seemed to have no other interest in life but....me.
I wanted someone to do things with, so we could set off on adventures, projects, or discussions. I wanted to focus together on things, not talk about me, nor have him agree with everything I like. If everything he said or did was only chosen with the intent of impressing or pleasing me, I didn't feel like I was having contact with a different person.

I was attracted to men who had their own personality, their own interests, dreams, opinions. Sometimes those really nice guys were simply molding their every move towards trying to please, and that was not attractive at all. I didn't need a mirror on the wall to tell me who's the fairest of them all - I wanted to be with a separate and different individual.

.......the idea that the quality of sex could even be a part of attraction just makes me roll my eyes. If you are really attracted to someone, the sex is good no matter what. If you aren't feeling that attraction, no sexual performance is going to spark it.

originally posted by: reldra
a reply to: Skywatcher2011

You are closer than the poster above you and below, but if the female is older than 30, they probably have some idea of what they want by then.

If they are single, no kids, never married, and older than 30...they know what they want I am sure...but may have higher or lower "quality standards".

If they are single, have kids, divorced/never married, and older than 30...they probably are just looking for an honest companion or maybe a rebound partner.

I don't know about you but some single woman out there may just want to be single/independent because they choose to be but still like to have "fun" or do cuddles on the side with many guys than just the one.

What circumstances would you recommend for this honesty?


Alone and in private. not for the world to see, not to make a scene.

That you even ask says so much more. the virtue of trust and honesty is lost. we live in a world of "I don't love you but I will have sex with you and show you off, till I find someone better." and I am not ok with that.

but that's just me... you can all go about ruining futures for people as much as you like.

originally posted by: Woodcarver
a reply to: Blue_Jay33

What she means to say is. "He's a nice guy, he prob won't react well if i tell him all of the # ive done with other dudes".

pretty much the best response.


Now it could be a legitimate statement, but what is the woman really saying.

1) He is boring.
2) He is not attractive to her.
3) He is useless in bed.
4) She actually likes bad boys that treat her badly because she is secretly addicted to perpetual drama, but won't admit it to herself or her friends.
5) He is "friend zoned".
6) He is a Beta Male
7) He is not rich enough.
8) No chemistry.


To me it is a way of NOT saying that. Any of that.

Think of the old classic "it's not you, it's me" - we all know that it is rarely true and that it covers an infinite range of reasons. The not-my-type-phrase is just the same.


If someone is unspecific in a rejection, it is a good bet that it is because they do not see the point in saying something hurtful. I would take it as that - it could be any reason, but whatever the reason, she does not want to hurt the person in question more than necessary.

Understand that doesn't mean he isn't pleasant enough to look at, but he doesn't "do it" for me. So attractiveness is highly subjective.

There are lots of guys that women can pop up in pictures and say, "OMG, he's so hawt!" and I'm all like, "He's nice enough, but he's not my type." In other words, they think he's sexy, but he doesn't "do it" for me. So this is all highly subjective.

It may not exactly be that you actually aren't good looking; it may just be that she's not all that into you. That can be a function of all kinds of things including pheromones.

And be honest, guys, it goes both ways. For guys, according to Teikiatsu, you have the "girlfriend material" and the rest, and some of the rest can be gals all you pals slobber over but you just aren't that into even if you think you could land her as a date (or hookup) if you wanted.
edit on 12-2-2017 by ketsuko because: (no reason given)

originally posted by: dashen
it could be any or all of them except the useless in bed part, because how would she know if she didnt try?

It would be if after one night together she said, "well he is not my type".
I don't think this happens very often, really, because one of 3 things may have happened; hormonal overload, or there was an emotional itch that needed to be scratched, or too much alcohol consumed.
And they end up thinking well that was just stupid the next morning, not "well he is not my type".

I had to laugh at an ad a woman put for herself years ago, demanding a compatible mate must have a super high level of sexual stamina, no 2 pump chumps. So there are some out there that feel that way.
edit on 12-2-2017 by Blue_Jay33 because: (no reason given)

First of all, nobody really says that. If somebody isn't my type, I generally say why. It's rarely some indefinable nuance I can't explain.

So "not my type" can mean about a million things. Don't let your own defensiveness assume the worse when it might just mean you have two entirely different personalities or life styles.

originally posted by: savemebarry
I talked about who so much, she shut off.


Well there is a difference between enjoying who you are and droning on of course.


You damn Americans cannot steal our telly and make a club out of it..


Dr Who is just a ripoff of Bill & Teds excellent adventure anyhow. 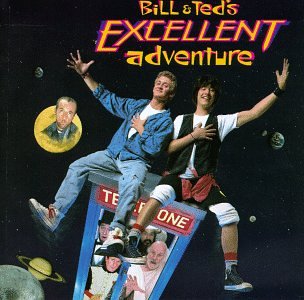 Who cares, just move on. Mrs. Right is out there somewhere. Keep it simple and try not to read to much into it.

Wrong personality type to flank mine. Criteria can vary from person to person (the ones saying NMT, anyway) Deeply private introverts don't typically look for attention whore extroverts and vice versa, for example.

Anything else is reading way too deep into NMT. This is all it boils down to.


originally posted by: savemebarry
I talked about who so much, she shut off.


Well there is a difference between enjoying who you are and droning on of course.


You damn Americans cannot steal our telly and make a club out of it..


Dr Who is just a ripoff of Bill & Teds excellent adventure anyhow.

ahh a cheer to you brother.

originally posted by: Blue_Jay33
"He is a super nice guy, but he is just not my type"

She got dumped but won't admit it!

originally posted by: VengefulGhost
Translation - he not rich enough .

This. Is always the answer. Always. Call me a misogynist, and I'll show you a misogynist who is correct.


originally posted by: VengefulGhost
Translation - he not rich enough .

This. Is always the answer. Always. Call me a misogynist, and I'll show you a misogynist who is correct.


Sooooo not true. I really mean that. The type of women who care about that (beyond just making sure her boyfriend doesn't live with his parents) are pretty easy to spot ahead of time. A man finding these women are specifically looking for them.

Most people in general just want partners who can pull their weight or at least not be a financial drag on them.