Liberals Want You to Die if You Disagree with Them

If your concern is someone being assaulted, then we have law against that. Nazi's used violence to get their way, just like the riots we are seeing today, that is NOT free speech.

What is your concern that we have no apt protection from?

Who has been silenced by Trump?

posted on Feb, 11 2017 @ 04:46 PM
link
A thread with liberals saying people should be censored, and then a liberal complains about Trump allegedly censoring people!

What is your concern that we have no apt protection from?

My concern is that you let Nazis have freedom of speech when it is nohing more than a platform to brainwash people.

& brainwashing should be a crime.

What do you propose your government does about it, if you're so sensitive to violence against Nazis?

I'm the only one who has said people should be silenced.
& I've made sure to use the term Nazi every time I did.


So what's Kali's comment about Trump got to do with that?


originally posted by: amazing
And your thread IS the problem with America. Stereotyping and Division. Just like all Conservatives are rednecks with pick up trucks. We know this is not the case.

Yes...some hardcore liberals do want you to die. That sentence is true. But when you delete that word "some" or "A few" or "A handful" then you're trying to divide us and make it a "civil War" between liberals and conservatives.

Not this time around. Libs are off the hook and a danger to themselves and others. Really have been for a good while now. And I for one am about sick of this division thing being used only against non-libs. Really boring. The division is real and its natural and the libs are like waaaayyyyy out in front with the wedge driving, problem starting, name calling, rock tossing ect.

But that's not true....listen to conservative talk radio and the pundits on fox news...they want to divide us. It's both sides....and here's the real point.

How many liberals are "off the hook" or violent or rioters and looters or violent protesters? It's a small percentage. The media is brainwashing you. Don't fall for it.

There's lots of categories that could be played. Christian or Muslim would be epic.

No one but not for lack of trying!

How are they (Neo-Nazi's) any different than se Black Panthers, BLM, SJW's, the Muslim Brotherhood, etc?

originally posted by: DBCowboy
a reply to: Hazardous1408

Yes. Do they all end with a master race? No.

originally posted by: Kali74
a reply to: Shamrock6

There's lots of categories that could be played. Christian or Muslim would be epic.

Oh absolutely. I certainly wasn't implying this is the only iteration that amuses me. This could go in so many different directions and I love all of them.

This needs to be a thing. Like Cards Against Humanity writ large

originally posted by: kaylaluv
a reply to: seasonal

Oooookay. You want to go there?

Starbucks announces they will give jobs to refugees. The right screams to boycott Starbucks and shut them down.


Yes, there were some screams. Others on 'the right' said "boycotts don't work", "what about hiring veterans instead", and "boycotts harm the local workers more than the CEO."

Nordstroms drops Ivanka's line. The right screams to boycott Nordstrom's and shut them down.

I'm not sure how many from 'the right' shop at Nordstrom's in the first place...

When JC Penney's hired Ellen DeGeneres to be their spokesperson, the far right Million Moms group advocated boycotting and flooded the store's phone lines to get Ellen fired - or else.

Or else... what? Others on the right said "boycotts don't work" and "boycotts harm the local workers more than the CEO."

When famous football player exercises his first amendment right to refuse to stand for the pledge of allegiance, the right screams bloody murder and says they won't watch any football games he plays in. Shut him down!

Others on 'the right' said "the coaches and owner should handle it" and since they don't normally show the Pledge of Allegiance it didn't really matter. Only when the broadcast channels started showing it did their viewership go down.

Plus, this is funny right here: 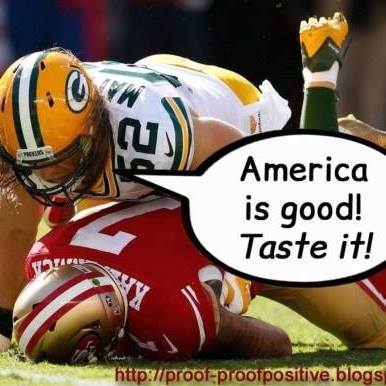 It was a ginned up controversy propagated by the media and for the most part we ignored it.

Did you hear about the right wing pastor who said the gays killed in the night club in Florida deserved to die, and he wished more of them had gotten killed?

I heard a lot of people on 'the right' say he was wrong. I for one said he should step down from his pastorship.

Surely you haven't forgotten way back when AIDS first began, when the televangelist (I forget his name) said that this was simply God's punishment for being gay.

So do conservatives want you to die if you're gay?

No, but it's not uncommon to make commentary like that when a voluntary sinful behavior leads to serious consequences.

'Wanting gay people to die' would have been more appropriate if conservative stopped people from studying the virus and finding preventatives, as well as not advocating they stop having sex and using same needles.
edit on 11-2-2017 by Teikiatsu because: (no reason given)

Nazi's have the same God given right to free speech as you or I, and no one let's someone have this freedom it is God given.
Give people more credit, there are fringe groups on all corners of our lives. Are you not surprised that they are not a bigger and scarier influence?

Race you to the patent office!

How are they (Neo-Nazi's) any different than se Black Panthers, BLM, SJW's, the Muslim Brotherhood, etc?


Ugh. I purposefully drifted past that the first time because it's irrelevant.

When I brought up Nazis being punched in the head I didn't reply to anyone.
It was an off the cuff remark.


Others then dragged me into conversation about Nazi rights! To which I don't believe in.


So consider that my answer to your question.

I did that test when it came out. I'm more liberal than conservative, but fall more in the middle - sort if a social liberal but fiscal conservative. I think the majority of Americans fall somewhere in the middle. It's the "radical" on either side that are the most vocal, and I would hope that the silent majority sees that. The MSM just wants to find fault with the other side, and so only give the radical point of view. Their agenda is to divide us.

I see it here. Out of all the members who belong to this site (and you can see how many there are when you go to My ATS), there are only a few that create problems. The rest are the silent majority. If you are more in the middle, but try to post anything reasonable, you get stomped on and silenced. The silent majority can't win either way.


originally posted by: DBCowboy
a reply to: Hazardous1408

Yes. Do they all end with a master race? No.

So you're okay with some forms of coercion, but not others.

Some forms of free speech, just not others.

Your opinion. You're welcome to it.

I will have to disagree with you and everyone who thinks like you that silencing people with whom you disagree.

What exactly has Trump tried to do to silence an anarchist like yourself or any one else for that matter?


No one but not for lack of trying!

Why should Neo-Nazi's deserve being punched, but not BLM / SJW's (etc oppressive authoritarian hyper-tribalists)?