liberals want to engage the right on merits and debate, but the conservatives won't allow it. 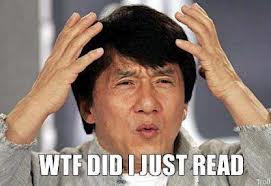 Individual Republicans in their own immediate bubble. YES. Conquering for gain and power is what they do. Not who they are.


Is this an admission or what?

I guess you didn't notice that when millions marched on Jan 21 that it was not a million person riot of death and destruction? It was a massive, peaceful protest.

You are painting with a ridiculously large and broad brush. Make this about individuals bringing criminal behavior into a vastly peaceful set of protests and I will agree with you.

There is a tendency for both sides to do this broad-brush criticism, true. That is why facts become more and more important.

This is insane. It is getting worse, and I feel bad for reasonable people on the left. I know people will say this happens on both sides, but point to me one main stream new site that has endorsed conservative violence against liberal? (Maybe its out there and I would condemn it too, but I haven't seen it).


Left right divide and conquer. The violence is a picnic compared to the real hurt coming down.

Twenty more afghans were just killed in a NATO airstrike... not that they admit it, or cover that much either. 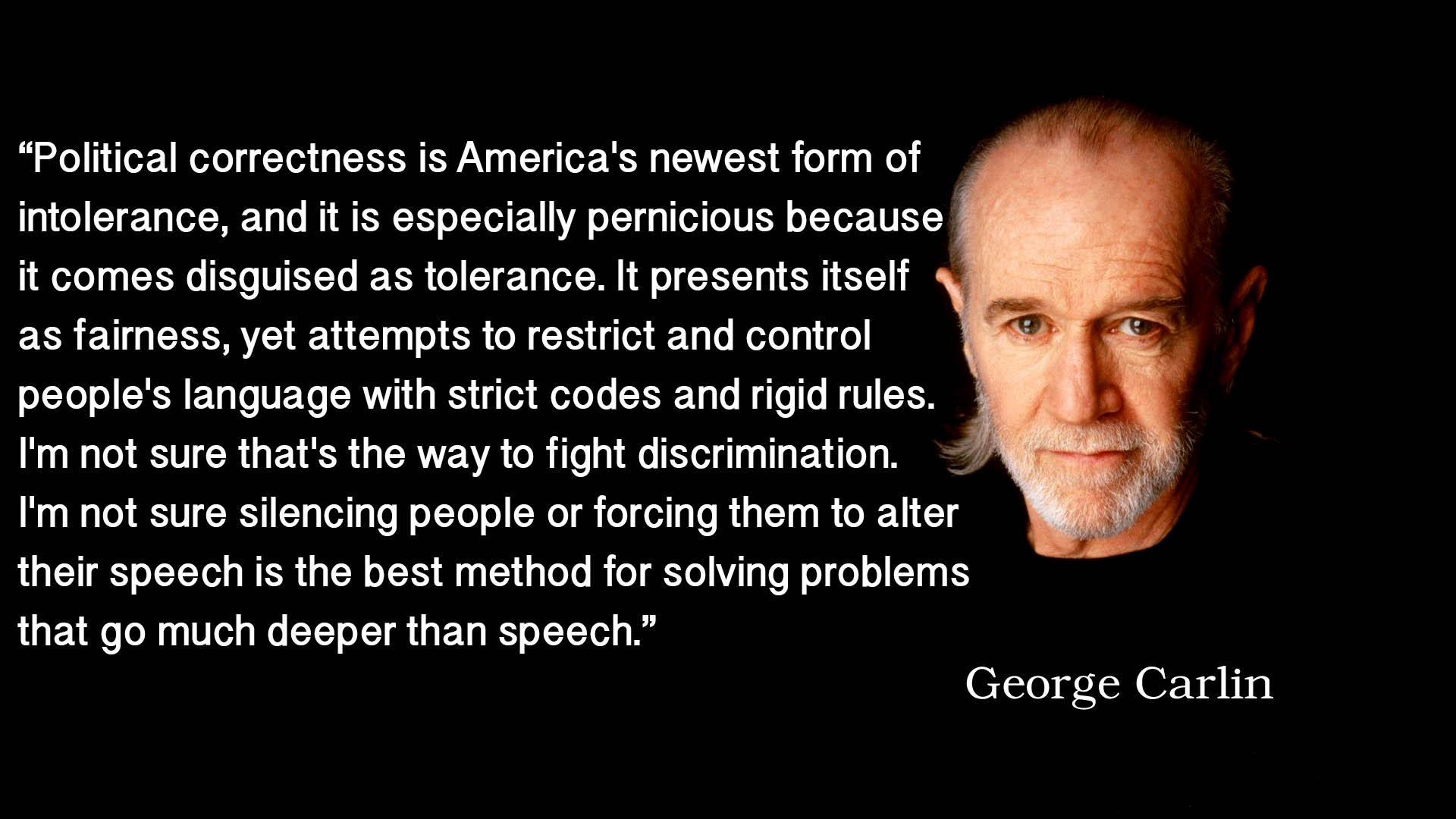 posted on Feb, 11 2017 @ 01:31 PM
link
The left will deny, deny, deny that they or their comrades are involved in violence. I guess all the violence from protestors outside Trump rallies was other Trump supporters. We already see the trying to make excuses for the violence at UC Berkley being undercover right wing protestors. And then you have the Chicago violence of leftists using violence on a handicapped man. Of course a couple of people on Comrade News Network (CNN) say that wasn't a hate crime.

Bottom line is George Soros has been buying protestors and rioters to push his evil agenda. More and more countries are waking up to this mans interventions and soon he will have real problems.

I can't end this post without a warning to both sides. Violence may seem an excusable act when you can't win any other way. The left is entering dangerous territory by using violence and feel emboldened by their recent actions. The right has equally unhinged people. The administration has a fine line to walk. If they overreach and use excessive force and draconian measures against the protestors it will come to be reviled in history and worse may be the spark that finally sets off this keg of dynamite. The undercurrents of civil war or revolution have been getting stronger and stronger over the last decade.

The government under Bush and Obama have been prepositioning and stockpiling materiel, passing legislation, and setting up the military structure (see NorthCom) to suppress and oppress the people at the first sign of the coming civil war, economic collapse, or revolution.

There are millions of citizens who have been stockpiling their own arms, munitions, food, medical supplies, and organizing veterans and militias for any eventuality. The government knows it, they know it, and most citizens who do an ounce of research or are awake know it. Now the left is arming themselves and groups like the Knights of Socialism are teaching college kids on campuses around the country how to fight.

Folks, this is not going to end well for anyone. I refer you to every socialist or communist revolution that has ever taken place around the world where millions upon millions of citizens perish when these actions begin to bring in a socialist government. Do not be confused about what the education system has indoctrinated the youth into. I personally see it with my daughters and her friends who are in their 20's now. They believe they have a right to a house, a car, free education, free healthcare, etc.

One of the documents you can refer to that should wake anyone up is this:
Communist Goals (1963) Congressional Record--Appendix

I will only highlight a few here but you can see the full doc.


4. Permit free trade between all nations regardless of Communist affiliation and regardless of whether or not items could be used for war.

6. Provide American aid to all nations regardless of Communist domination.

11. Promote the U.N. as the only hope for mankind. If its charter is rewritten, demand that it be set up as a one-world government with its own independent armed forces.

15. Capture one or both of the political parties in the United States.

16. Use technical decisions of the courts to weaken basic American institutions by claiming their activities violate civil rights.

17. Get control of the schools. Use them as transmission belts for socialism and current Communist propaganda. Soften the curriculum. Get control of teachers' associations. Put the party line in textbooks.

18. Gain control of all student newspapers.

19. Use student riots to foment public protests against programs or organizations which are under Communist attack.

24. Eliminate all laws governing obscenity by calling them "censorship" and a violation of free speech and free press.

25. Break down cultural standards of morality by promoting pornography and obscenity in books, magazines, motion pictures, radio, and TV.

28. Eliminate prayer or any phase of religious expression in the schools on the ground that it violates the principle of "separation of church and state."

29. Discredit the American Constitution by calling it inadequate, old-fashioned, out of step with modern needs, a hindrance to cooperation between nations on a worldwide basis.

30. Discredit the American Founding Fathers. Present them as selfish aristocrats who had no concern for the "common man."

31. Belittle all forms of American culture and discourage the teaching of American history on the ground that it was only a minor part of the "big picture." Give more emphasis to Russian history since the Communists took over.

32. Support any socialist movement to give centralized control over any part of the culture--education, social agencies, welfare programs, mental health clinics, etc.

38. Transfer some of the powers of arrest from the police to social agencies. Treat all behavioral problems as psychiatric disorders which no one but psychiatrists can understand [or treat].

39. Dominate the psychiatric profession and use mental health laws as a means of gaining coercive control over those who oppose Communist goals.

40. Discredit the family as an institution. Encourage promiscuity and easy divorce.

42. Create the impression that violence and insurrection are legitimate aspects of the American tradition; that students and special-interest groups should rise up and use ["]united force["] to solve economic, political or social problems.

This was a long term program. I am not saying the left want communism. This is an evolution. It fits in with the Marxist one world government ideology. It should surprise no one the left, and more importantly the extreme left has been behind so many of these things that have come to pass since 1963. The majority don't even realize they have been co-opted as useful idiots.

Make no mistake that what the left will evolve into is a full blown socialist revolution if it isn't stopped now. The problem is it can easily erupt into a civil war with the very nature of our country at stake. This is progressing on a trajectory to disaster. The extreme divide is reaching a point it can't be resolved but through war. Everyone would do well to educate the young about the dangers of what and where they are taking this country.

People are being played like a piano by interests opposed to the very nature of our country and the globalists have hijacked the movement because it plays right in to their agenda.


originally posted by: loam
The left are becoming the real fascist threat. Period.

Eventually, some will find the violence they refuse to condemn.

Why? Because they see people as humans.


They see people as human alright, human fascist, racist, deplorables, homophobics, bigots, etc........ If the left thinks they're going to hold this country hostage until everyone accepts their hypocritical ideology, they're eventually going to have a rude awakening. People are getting sick of being labeled something they're not, I know I am.

originally posted by: mtnshredder
They see people as human alright, human fascist, racist, deplorables, homophobics, bigots, etc........ If the left thinks they're going to hold this country hostage until everyone accepts their hypocritical ideology, they're eventually going to have a rude awakening. People are getting sick of being labeled something they're not, I know I am.


I agree 100% They have abused the name calling and PC to the point it is irrelevant anymore. The only thing they have left is violence and that will be their demise. 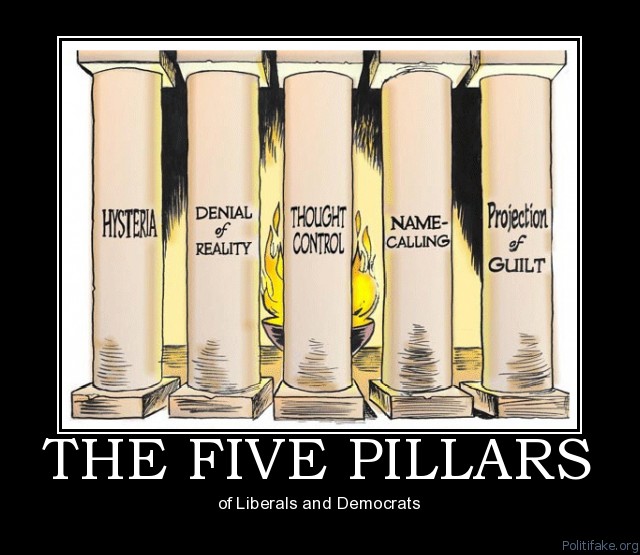 I totally agree with OP.

It is high time somebody starts talking about blowing up the Hollywood, Madonna Villa in particular, and giving all the commies their well deserved dose of high-voltage feedback...


[Disclaimer: this comment is totally meant as a satire, and should not be taken in its literal meaning, nor by any terms as an endorsement for violence or promoting such actions which would subject anybody for any level of inconvenience, physical or mental]

I did not say it was justified.

What I said is "Who cares if there are examples!"

What I am implying is that Hannity, O'Reilly and others in their set, have caused more people to be punched, kicked, spat on, and generally abused, have contributed to institutional and systematic abuse of people who do not fit their ideal of what the American citizen ought to be, than any allegedly left wing political or television personality, organisation or other entity ever has.

The difference being that the right wing mongers of hate have been cultivating this situation for a great deal longer than there has BEEN a left wing movement in the US.
edit on 13-2-2017 by TrueBrit because: grammatical error removed.