'Puff, puff, pass': How WA's dolphins are using blowfish to get high

Looks like dolphins are grabbing poor blow fish and chewing on them and getting some of their toxins in their body and this is getting them high.


In what can only be described as a youngster doing the 'puff, puff, pass', West Australian dolphins may be using blowfish - or 'blowies' - to get high, scientists have found.

Murdoch University researcher Krista Nicholson, who monitors dolphins occupying the Peel-Harvey coastal waters off Mandurah, said there were several records of them interacting with blowfish in estuaries and coastal waters around the world.


She said that in Australia, scientists had seen juveniles mouthing blowies in the Leschenault estuary in WA's South West and a sub-adult dolphin carrying an inflated blowie for a few hours in the Kimberley.

In small doses the toxins can cause a narcotic effect, or some have suggested that it numbs the dolphins.


According to the documentary, small doses of the toxin have a narcotic effect and the program considered it as recreational drug use by dolphins.

Ms Nicholson said this view was disputed in the scientific community, with some saying the small amounts of tetrodotoxin made the animals feel only numb, not high.

Altho the article also pointed out drunken monkeys at resorts. One of my personal favorites was the Swedish-English news "The Local's" round-up of "The Elk Follies" every year. Apparently in Scandinavia Moose are called Elk and they get loaded every year on fermented fruit and are comical as all giddy-up!!

I see it less as animal escapism and more of just something to break the monotony of being a critter in the woods cause making a living is pretty cut and dried.

posted on Feb, 11 2017 @ 10:25 AM
link
Very old news. Every animal from leach to dingos get high. And do it so freely and openly. .
Except us, we get high like animels and and get hunted down and ruined make us walk around with bottle of man made poison.

Correct, we are regulated to use what is acceptable. Freedom is a lie if you are not.

Didn't know about this one. Thanks for posting.

I thought the funny thing about it was that the blow fish over millennia has started to produce this poison and now the dolphin comes along and chews on them.

Really funny, not for the poor blow fish, but dolphins love a good time.
edit on 11-2-2017 by seasonal because: (no reason given)

Maybe Hootie was onto something...

posted on Feb, 11 2017 @ 11:06 AM
link
Even fruit flies like the fermented fruit juice. They don't exactly have many neurons in their brains, around 250,000. But apparently that's enough to to want to have a go at the firewater when rejected by a potential date, even when given a choice of water, sugar or yeast:

posted on Feb, 11 2017 @ 11:06 AM
link
So dolphins like to get high just like humans. Maybe we should give them human rights then start taxing them.

originally posted by: rickymouse
So dolphins like to get high just like humans. Maybe we should give them human rights then start taxing them.

Obviously we need to criminalize the use of blowfish. Substance abuse and animal abuse are not acceptable. Dolphins caught engaging in this activity must be arrested and detained until rehabilitated.

This has been a public service announcement from the International Blowfish Defense League. 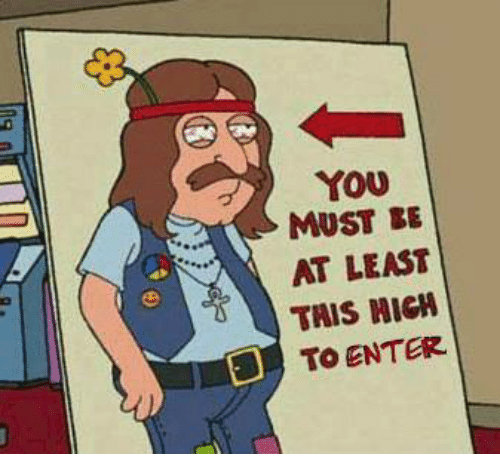 Maybe we need to set up safe areas for the use of blowfish.

But what about the poor, poor blow fish. Just going about it's daily business and Wham-oo, snagged by a smiley dolphin to get high.

Are you starting a "Save the Blow Fish" Protest?

Yes but it will be a peaceful protest, thats what the blow fish would want.

You seem to know a'lot about what blow fish like.

Are you a blow fish?

The truth is there is no blow fish only the ocean.

Tried to do some Matrix